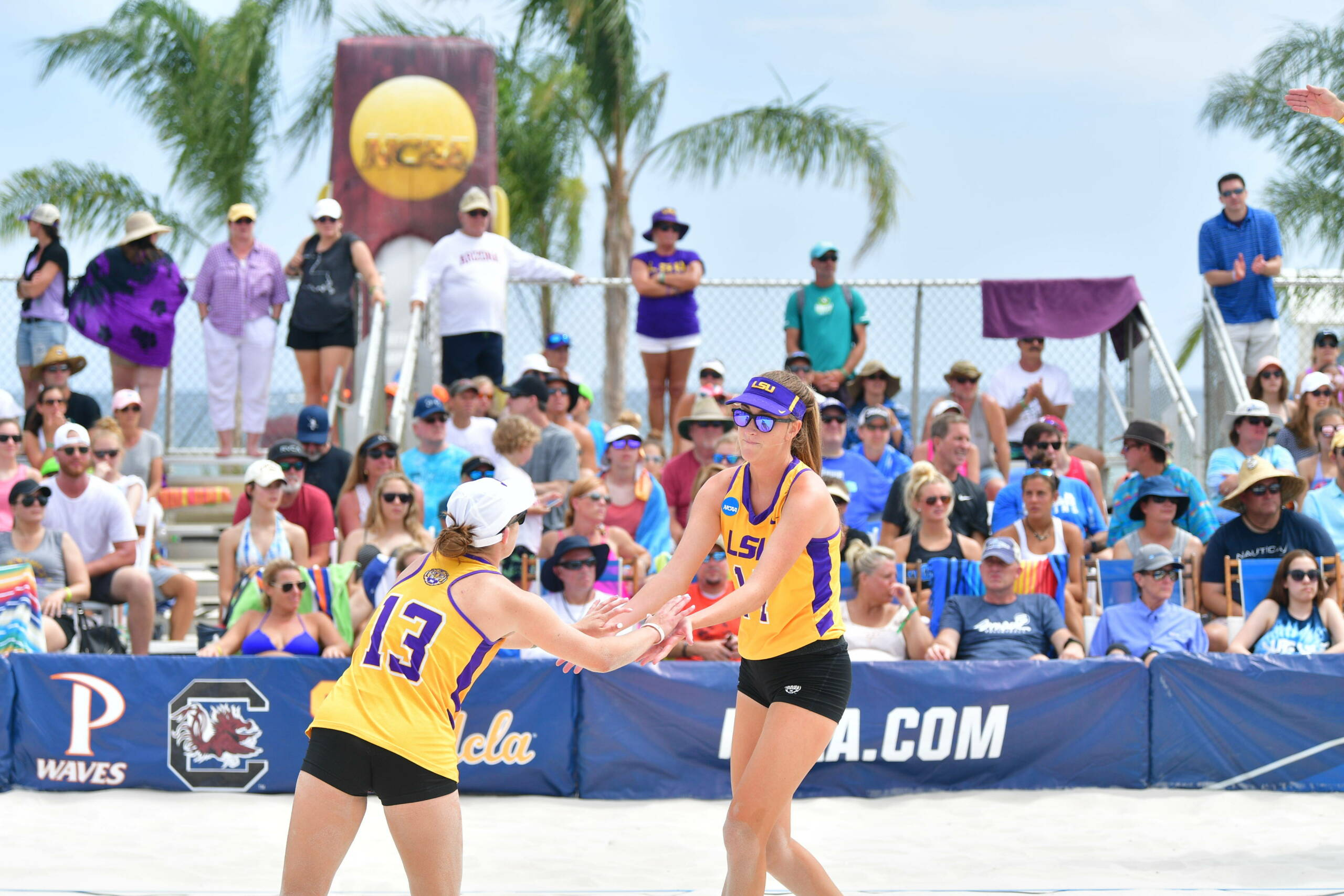 BATON ROUGE – Claire Coppola and Kristen Nuss of LSU beach volleyball were named to the volleyballmag.com first-team All-America squad for their impressive 2018 season, the magazine announced on Monday.

The LSU duo garnered All-America honors by the AVCA earlier in May, making this the second All-America team for Coppola and Nuss to be named to.

Coppola and Nuss were one of three LSU pairs to travel to Hermosa Beach, California, May 10-12, to compete against elite pairs from 19 other universities in the USAV Collegiate Beach Championship. After going 1-1 in pool play, the LSU duo went undefeated in bracket play with a 5-0 record and won the championship and the honor to represent the United States at the FISU World University Games July 9-13 in Munich, Germany.