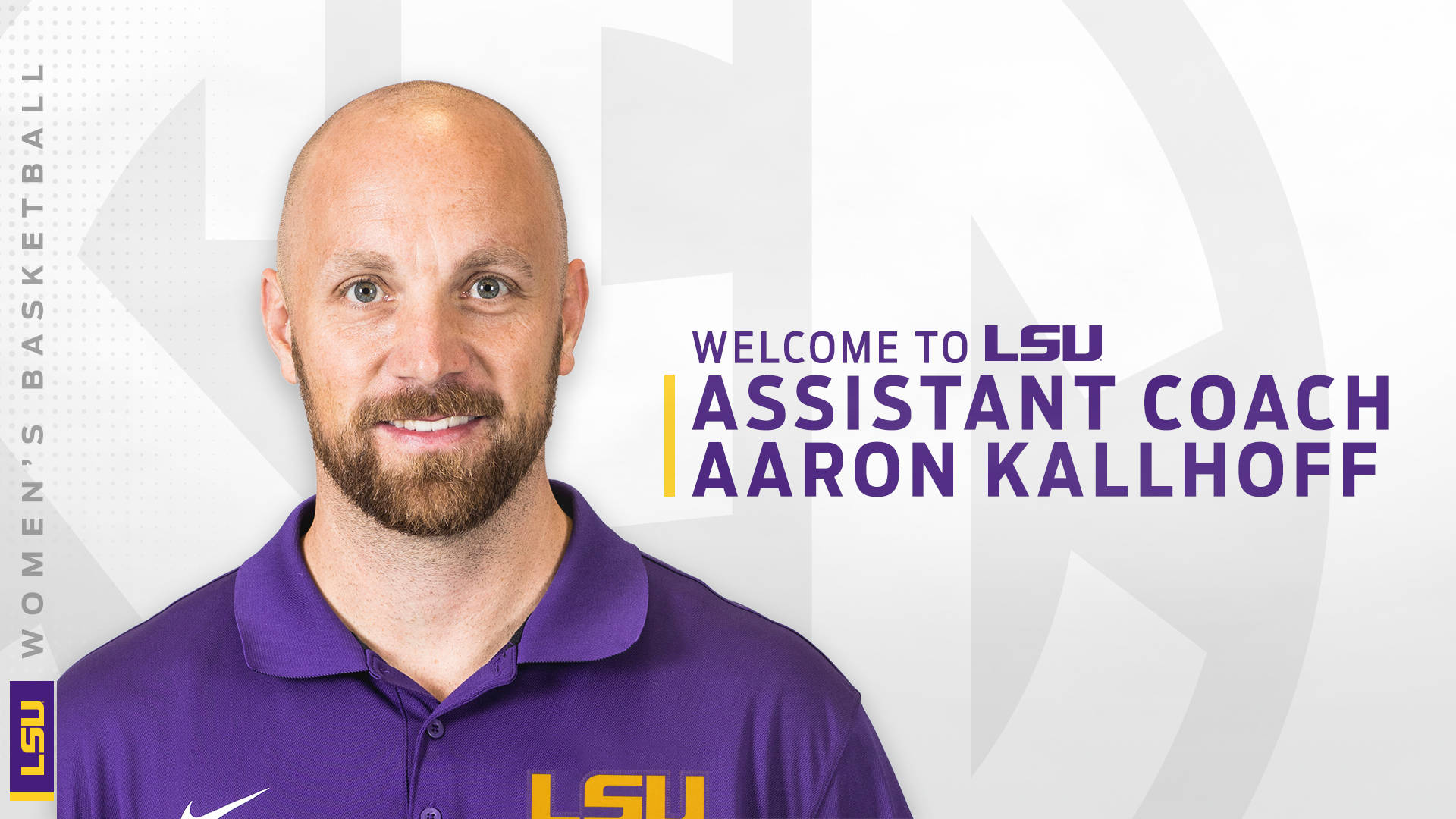 BATON ROUGE – Aaron Kallhoff has been hired as an assistant coach for the LSU women’s basketball team, head coach Nikki Fargas announced on Tuesday. Kallhoff brings 15 years of collegiate coaching experience to the table, including the last three seasons at TCU.

“I’m excited to welcome Aaron onto our staff,” said Fargas. “He possesses a relentless work ethic, is a tremendous recruiter with ties all across the country as well as internationally, and brings great passion to the game. His ability to develop players and connect with our student-athletes will be a great asset to our program.”

At TCU, Kallhoff worked primarily with TCU’s post players, including All-Big 12 selections Jordan Moore and Amy Okonkwo. TCU advanced to postseason play in two of his three seasons on staff.

Kallhaff spent two seasons on the staff at Arkansas State from 2013-15 where he helped lead the Red Wolves to 46 wins, including their first postseason victory since 2007. Arkansas State tallied a second-most wins in program history during the 2014-15 season with 24 and went a combined 30-8 in Sun Belt Conference play over his two years. He helped guide Audrea Gamble to back-to-back Sun Belt Player of the Year awards.

The Norfolk, Nebraska, native went to Arkansas State after spending a season as assistant coach at Trinity Valley Community College in Athens, Texas, where he helped lead the Lady Cardinals to a 36-1 record and their seventh NJCAA National Championship.

Prior to his time at Trinity Valley, Kallhoff spent four years as head coach at Hill College in Hillsboro, Texas. He was named the North Texas Junior College Athletic Conference Co-Coach of the Year in his final season at Hill, leading the Lady Rebels to a 27-5 record, a share of the league title and a berth in the Region V semifinals.

Kallhoff also was tabbed as one of the nation’s top and upcoming junior college coaches by Women’s Basketball Insider. During his tenure at Hill, Kallhoff coached three All-Americans, four All-Region V selections, 16 NTJCAC All-Conference selections, one NTJCAC Player of the Year, two NTJCAC Defensive Players of the Year and one NTJCAC Freshman of the Year. His teams also received national academic honors on three separate occasions.

Kallhoff completed his playing career at Bemidji State where he was a two-year starter, and in his senior season led NCAA Division II in assist/turnover ratio. In 2003, Kallhoff graduated from Bemidji State with a bachelor’s degree in mass communication with an emphasis in public relations, advertising and electronic media. While at Bemidji State, he represented the University as a chairman for Special Olympics and the United Way Foundation, and was involved in the Fellowship of Christian Athletes.

Kallhoff and his wife, Josie, have three children, Camden, Caylix and Capri.