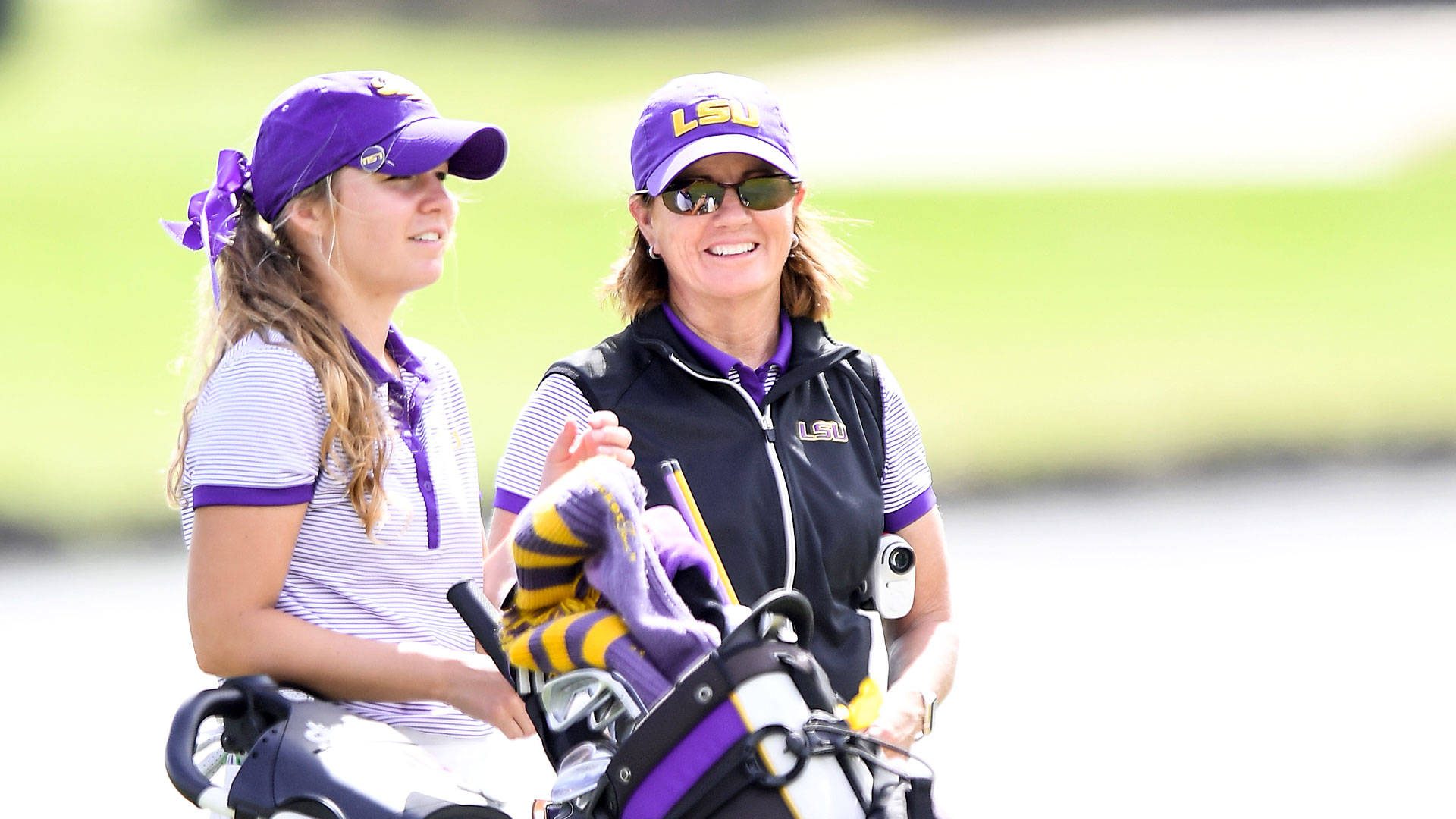 BATON ROUGE — After nearly 34 years of treating her program like family, LSU Women’s Golf Head Coach Karen Bahnsen announced today she has decided to step down in order to focus on her immediate family’s needs.

“Coaching and mentoring these young women is one of the great honors of my life, and this decision is one of the most difficult,” said Bahnsen. “I have been a part of this program since it began. The young women who have played for me are my family. I will miss being with them on a daily basis.”

Bahnsen has contributed a lasting legacy to LSU Golf that began for her as the very first recruit in the program’s history in 1979.

“After so long there are almost too many people to thank,” said Bahnsen. “Every year has brought with it student-athletes, parents, coaches, administrators, staff and supporters who have become my family and so incredibly important in my journey.”

Bahnsen will take a position working with the Tiger Athletic Foundation helping to promote LSU Athletics in support of all LSU athletic programs.

“I am excited about the opportunity to stay involved with LSU Athletics and the Tiger Athletic Foundation,” said Bahnsen. “Once a Tiger, always a Tiger!”

After her career as a student-athlete in women’s golf at LSU, Bahnsen graduated in 1984 and became the head coach prior to the 1984-1985 season. In just two years, she had the number one player in the country, five team titles and a top NCAA Championship finish.

“This is a celebration of one of the truly great coaches and people we have had at LSU,” said Vice Chancellor and Director of Athletics Joe Alleva. “Records and champions are one thing – but she has influenced generations of people with her enthusiasm, intelligence and loving support.”

Her legacy as a true pioneer in women’s golf at LSU is unmatched. A Women’s Golf Coaches Association Hall of Famer, Bahnsen has long prioritized her role as a mentor and teacher for her student-athletes.

“Being the golf coach has given me the opportunity to help shape the lives of young women,” said Bahnsen. “I have been able to teach them that they can be successful as a woman in whatever career they desire. It’s what has motivated me to coach for the last 34 years.”

Bahnsen has also had great success on the course. In her 34 years, she has amassed a war chest of accomplishments.

23 Former players on professional tours or serving as golf pros

2 SEC Coach of the Year