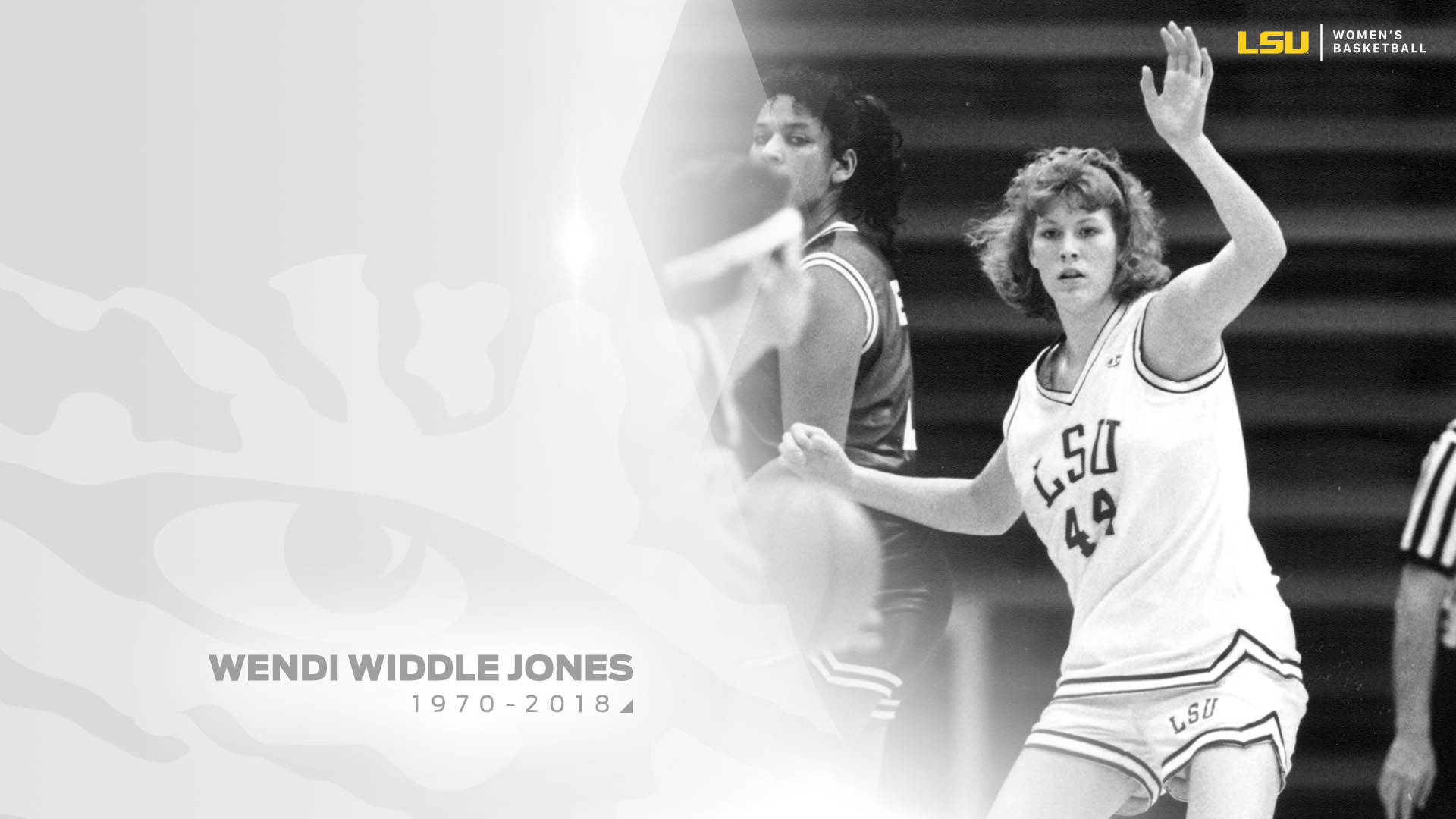 Update: Wendi’s memorial service will be held on Wednesday, May 30 at 11 a.m. at the Keller United Methodist Church in Keller, Texas. A celebration gathering will take place after the memorial at the church. The family has requested that dress for the funeral be casual and if you knew Wendi through LSU to wear your purple and gold for the celebration of her life.

Widdle Jones, a native of Longview, Texas, was a four-year letterwinner from 1988-92 under head coach Sue Gunter. A 6-4 center, she was a member of three NCAA tournament squads and was a starter for Gunter in her junior and senior seasons.

Widdle Jones will be remembered at LSU not only for her skills on the basketball court, but in the classroom and in the community. In addition to a strong performance in LSU’s run for the 1991 SEC Tournament crown, she was named to the All-SEC Academic Team as a junior.

In a December 24, 1990, newspaper article, Widdle Jones was recognized as one of LSU’s Best and Brightest Tiger athletes who dominated in the arena as well as the classroom. A 3.0 accounting student, she had this to say about how she regarded failure on the court in comparison to failure in the classroom.

“They are equal. So when I do poorly in a class, it feels just like I did poorly in a game. I can’t just blow it off if I make a bad grade. It’s important for me to do my best.”

Widdle Jones was the team’s leading shot blocker as a sophomore with 24 and as a senior with 20. She ended her career with 66 blocked shots.

Widdle Jones was a math specialist in the Keller Independent School District and leaves behind a husband, Trent, and a son, Ryan.