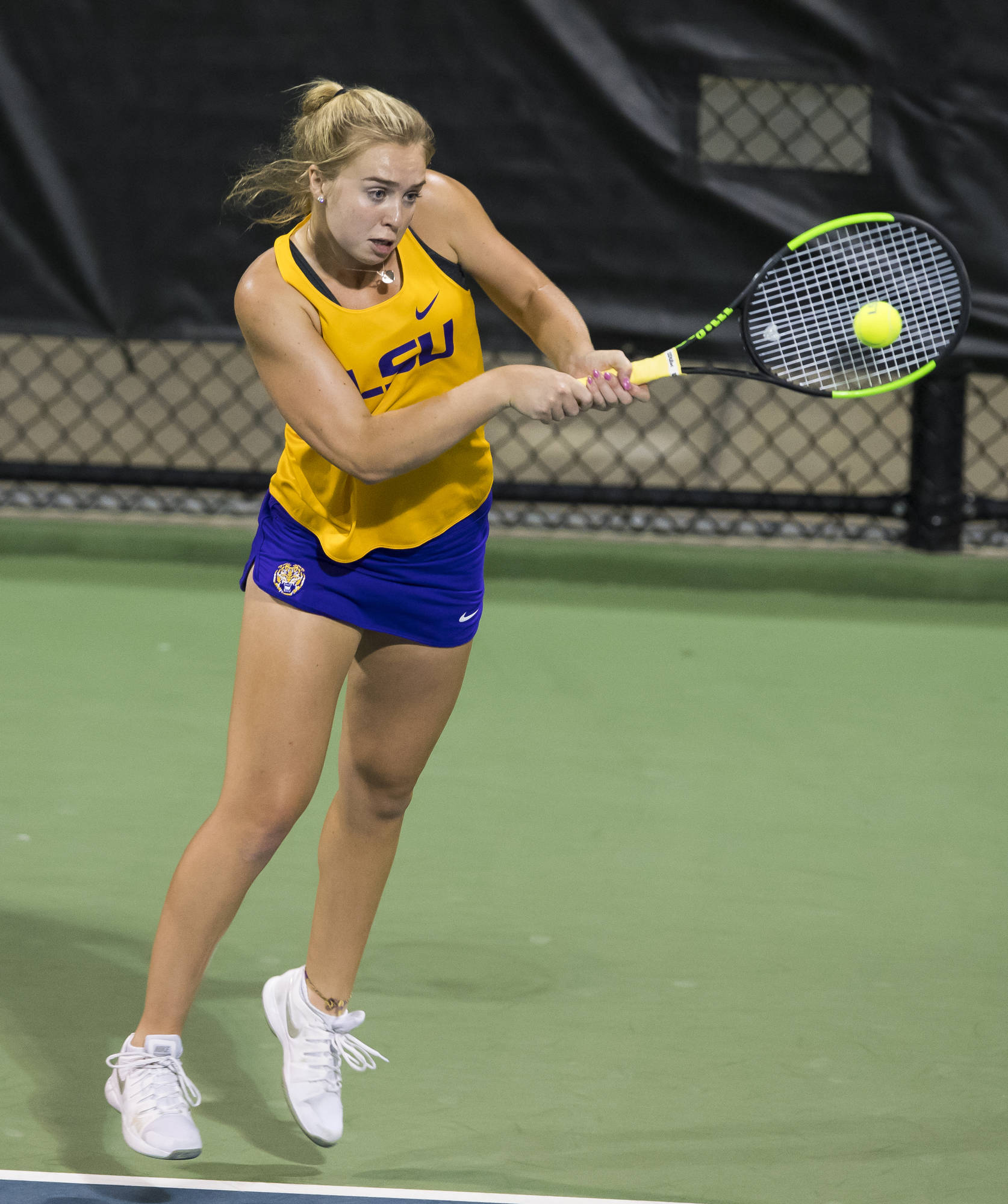 The ITA is divided into 12 regions with LSU falling in the Southern region along with every other Division I school located in Louisiana, Mississippi and Alabama. The ITA Rookie of the Year award is given to the top first-year player from each region.

Richardson, currently ranked No. 53 in the country, had one of the most successful freshman campaigns in program history this season, compiling a 28-5 overall singles record thus far and an 18-2 dual singles record. Richardson accumulated the highest individual regular-season winning percentage in the SEC while playing across the top three courts.

The Bath, England native was the only freshman in the Southeastern Conference to be named SEC Freshman of the Week on three separate occasions. Richardson was also named to the All-SEC First Team and SEC All-Freshman team.

Richardson will represent LSU at the NCAA Division I Women’s Individual Championships in both singles and doubles competition, where she will be joined by doubles partner Jessica Golovin. Competition begins May 23 at the Wake Forest Tennis Complex in Winston-Salem, North Carolina.