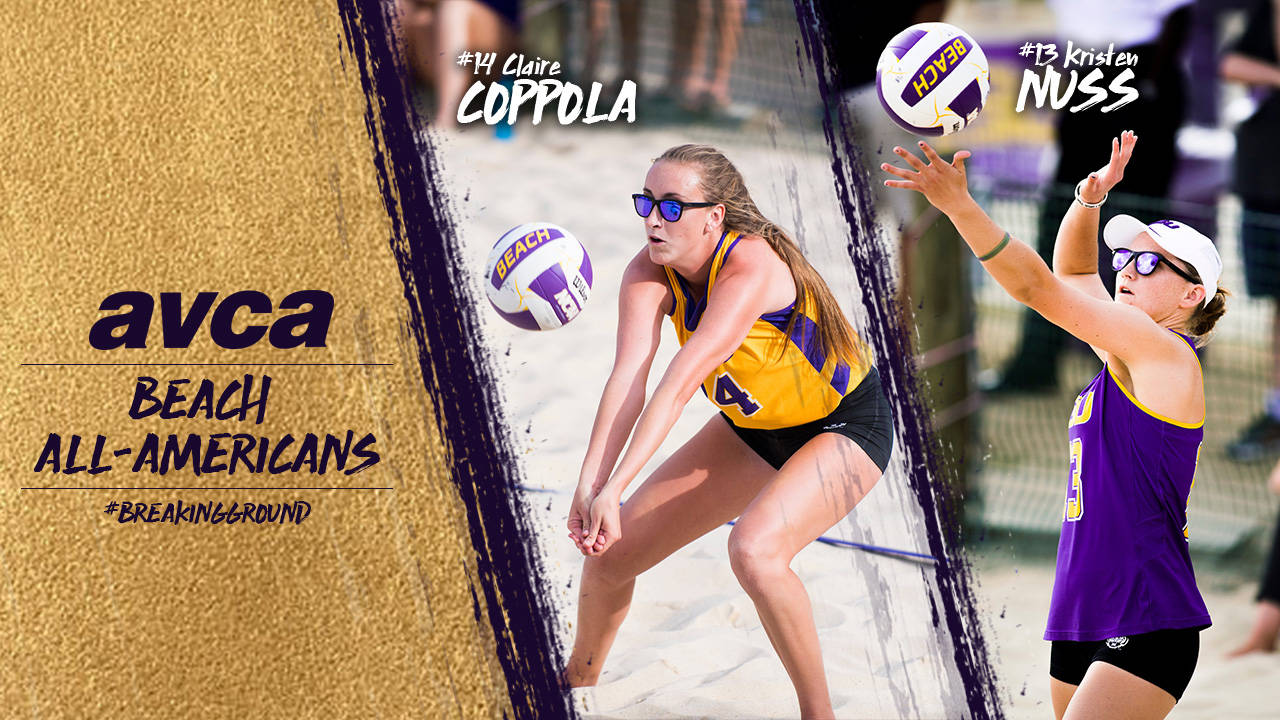 BATON ROUGE – Following an outstanding season in which they went 31-8 on Court 1, Claire Coppola and Kristen Nuss became the first LSU players to be named AVCA Beach All-Americans, the association announced Thursday.

“This is an amazing honor,” said head coach Russell Brock. “I’m excited for them and for our program. This pair is so deserving.”

Coppola and Nuss were one of three LSU pairs to travel to Hermosa Beach, California, last weekend to compete against elite pairs from 19 other universities in the USAV Collegiate Beach Championship. After going 1-1 in pool play, the LSU duo went undefeated in bracket play with a 5-0 record and won the championship and the honor to represent the United States at the FISU World University Games July 9-13 in Munich, Germany.

“Last year, they had a great freshman season but it was clear as soon as the last ball hit the sand that they weren’t satisfied,” said Brock. “They didn’t stop working to be better and it clearly showed this season. They will always be the first AVCA All-Americans for our program and will set the example on what it takes to be the best.”