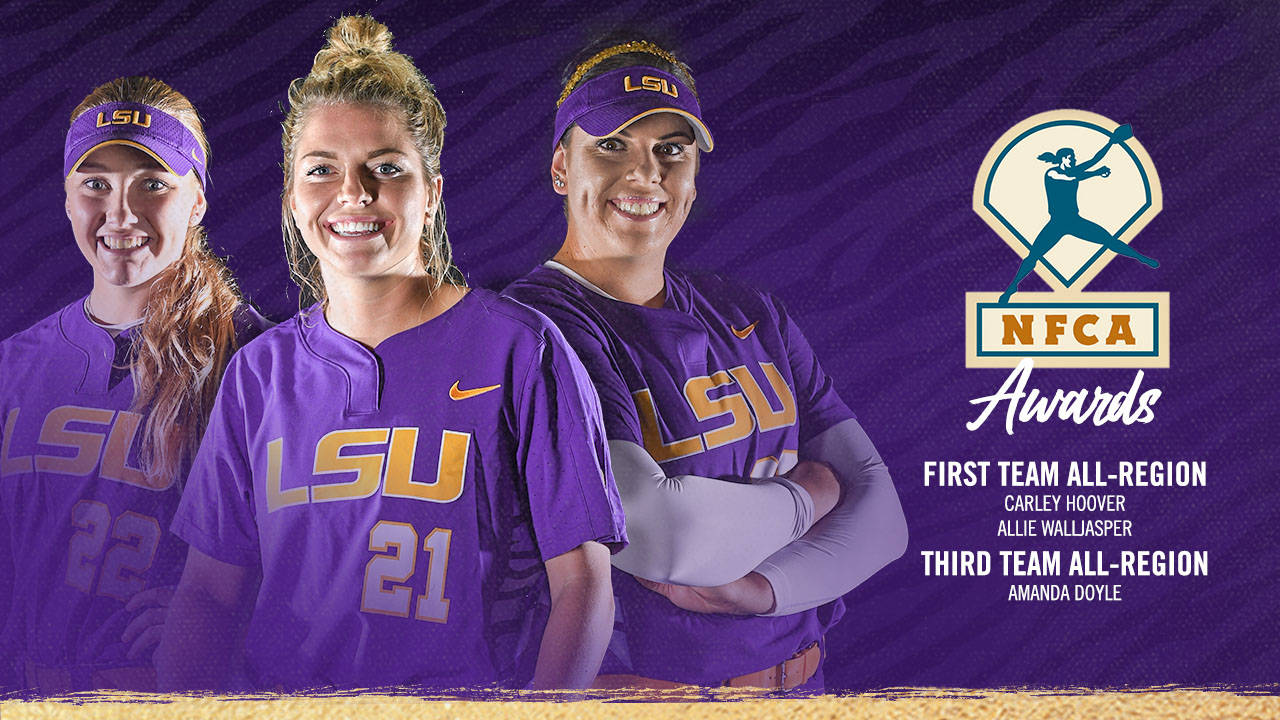 Walljasper, who was named to the NFCA All-South Region Team the last three years, leads the team and is ranked seventh in the nation with her 1.00 earned run average. She owns a 16-5 record with 125 strikeouts in 160.2 innings of work. In 26 appearances, Walljasper has six shutouts and two combined shutouts to go along with one save. She holds her opponents to a .179 batting average. In her career, Walljasper in eighth among active DI players with a 1.53 ERA. She was named to the All-SEC First Team prior to the SEC Tournament last week.

This is the fourth NFCA All-South Region award for Hoover. She leads the team in strikeouts with 174 in 144.1 innings of work. She owns a 16-6 record with a team-leading eight shutouts and 13 wins over top 75 RPI opponents. Hoover has the most postseason victories in the history of the program with 15 and is ranked 12th among active Division I players in strikeouts with 742.

Doyle leads the team in batting average at .335. She has been a mainstay at the plate for the Tigers and owns five walk-off hits this season. She owns a team-leading 44 RBI, seven home runs, 14 doubles and a .538 slugging percentage. Doyle has primarily played first base for the Tigers and owns a .992 fielding percentage with a team-leading 368 putouts.

LSU has had a player on an all-region team every year since 1997. Walljasper and Hoover are the 42nd and 43rd to be named to the first team for the Tigers.

The Tigers open up the NCAA Tournament on Friday with Fordham at 5:30 p.m. CT. The game will air live on ESPN3 and is available through WatchESPN and the WatchESPN app. Lyn Rollins and Yvette Girouard will be on the call.