Appearance No. 4 for Hobbs on The Bowerman Watch List 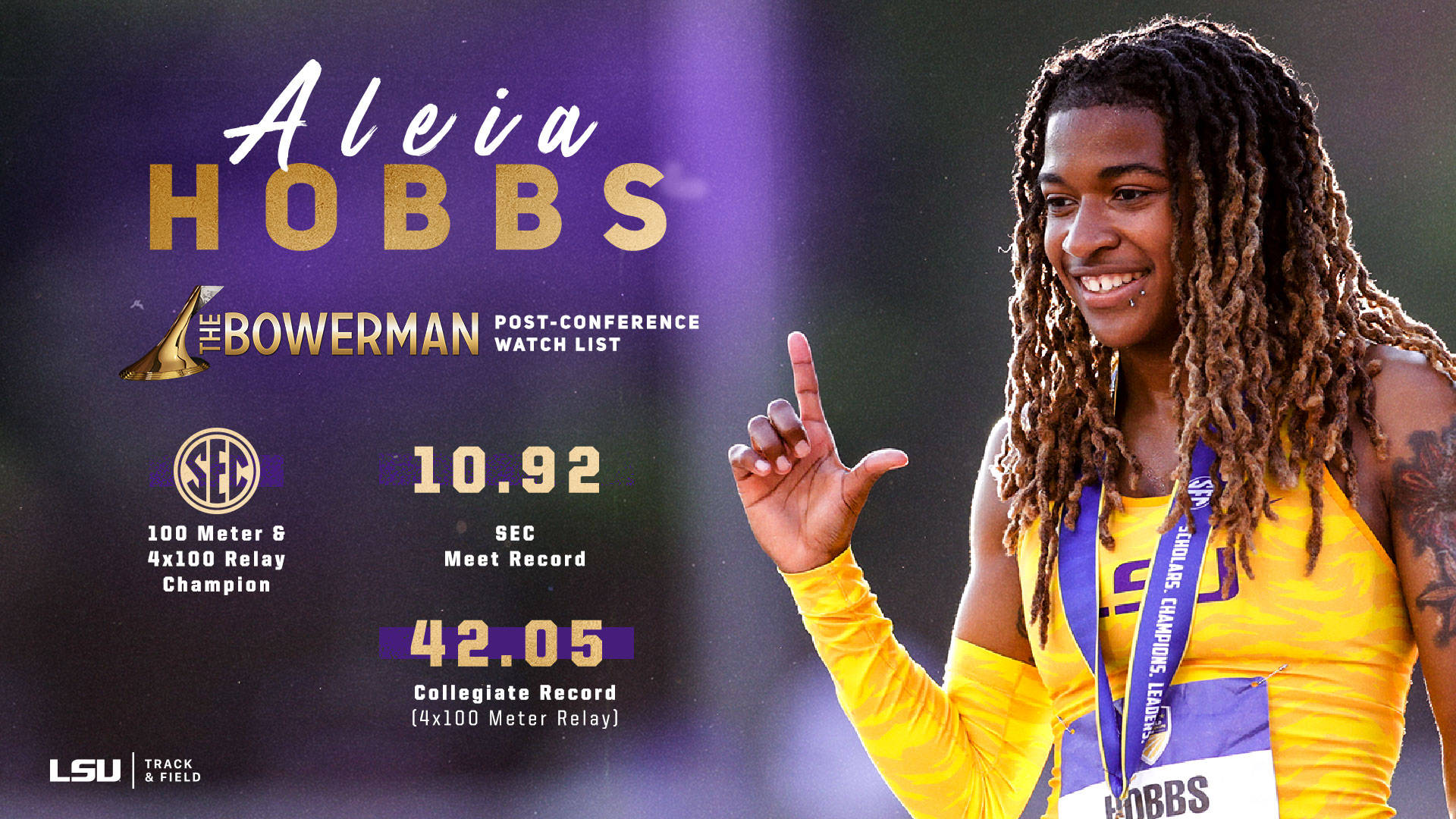 BATON ROUGE, La. – Coming off an impressive showing at the SEC Championships, senior sprinter Aleia Hobbs has retained her spot on the The Bowerman Watch List, making an appearance on the Post-Conference Championships version of the watch list, the U.S. Track & Field and Cross Country Association announced on Wednesday.

Hobbs is making the most of her final season as a collegian in Baton Rouge having already won an individual national title (60 meter dash indoors), and just this past weekend, she etched her name into the collegiate and SEC record books for good.

Competing in the 100 meter dash and 4×100 meter relay for the Purple and Gold, Hobbs provided the Tigers with some much needed points on the final day of the SEC Championships. Serving as the anchor leg on the 4×100 meter relay, Hobbs teamed up with Mikiah Brisco, Kortnei Johnson and Rachel Misher to set the collegiate record and win the SEC title in the event with a readout of 42.05. It marked the third-straight year that LSU women’s 4×100 meter relay won the SEC title.

Returning to the track a little over an hour after setting the collegiate record in the 4×1, the New Orleans native blasted out of the blocks and broke her own SEC meet record that she set a day prior with a time of 10.92 to claim her second straight SEC 100 meter dash title. With the individual title, Hobbs became the sixth woman in LSU history to win back-to-back 100 meter dash titles. Hobbs’ 12.5 points helped LSU earn a second-place finish as a team at the SEC meet.

After recording times 10.93 and 10.92 at the SEC meet, Hobbs now owns three of the five fastest 100 meter dash wind-legal times in collegiate history. Hobbs and LSU will compete next at the NCAA East Preliminaries (Tampa, Fla.) next Thursday through Saturday (May 24-26).

The Bowerman – collegiate track & field’s highest honor – is awarded each year to the top male and female collegiate athletes in the sport of NCAA track and field.