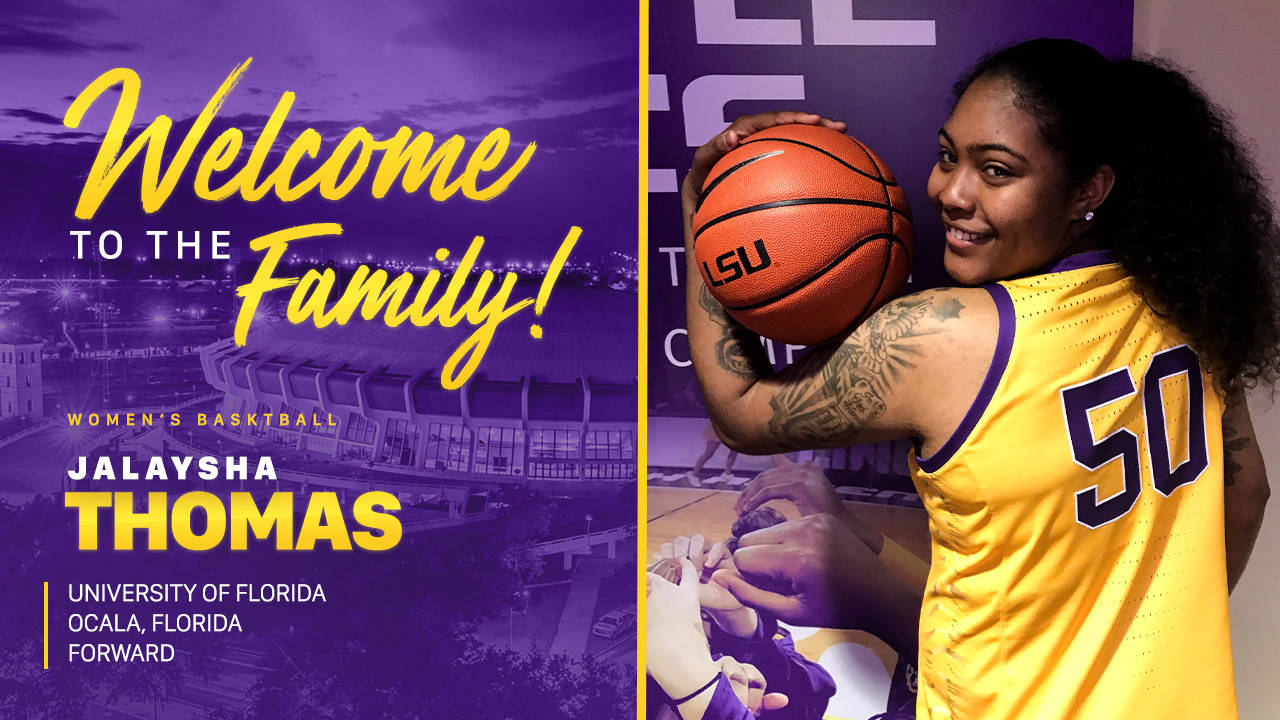 BATON ROUGE – LSU women’s basketball coach Nikki Fargas has announced the addition of Jalaysha Thomas to the Lady Tigers program for the 2018-19 season.

“We are so excited to have Jalaysha join the LSU family,” said Fargas. “She will have a year to learn the LSU system and become familiar with our campus and our community. Jalaysha will add strength and a productive inside presence, including a soft touch around the rim that will complement our inside-outside attack.”

Thomas is a 6-2 forward from Ocala, Florida. She is transferring to LSU from the University of Florida. Thomas, a graduate of West Port High School, played in 30 games for the Gators as a freshman in 2017-18. She will have to sit out the 2018-19 season per NCAA transfer rules and will have three seasons of eligibility left beginning in 2019-20 season.

“Jalaysha is also someone who will stretch the defense with her ability to shoot the three,” continued Fargas. “Her mobility in transition will allow us to be one of the best running teams in the country.”

Thomas averaged 14.8 points and 13.1 rebounds per game for West Port as the Wolf Pack went 24-5 and advanced to the second round of the FHSAA tournament. During her junior season, she averaged 16.0 points and a county-best 17.7 rebounds as the team advanced to the regional semifinals. Thomas earned All-County honors as a senior and was named the 2016 Ocala Star-Banner Player of the Year as a junior.

Thomas played her freshman season at Potter’s House Christian Academy in Jacksonville before attending West Port. Her sophomore season, she averaged 13.6 points and 6.4 rebounds and led the county with 60 blocked shots. She also was named to the 2015 FABC/Source Hoops Girls All-State Second Team Class 8A.