Softball to Host NCAA Regional as No. 11 Overall Seed 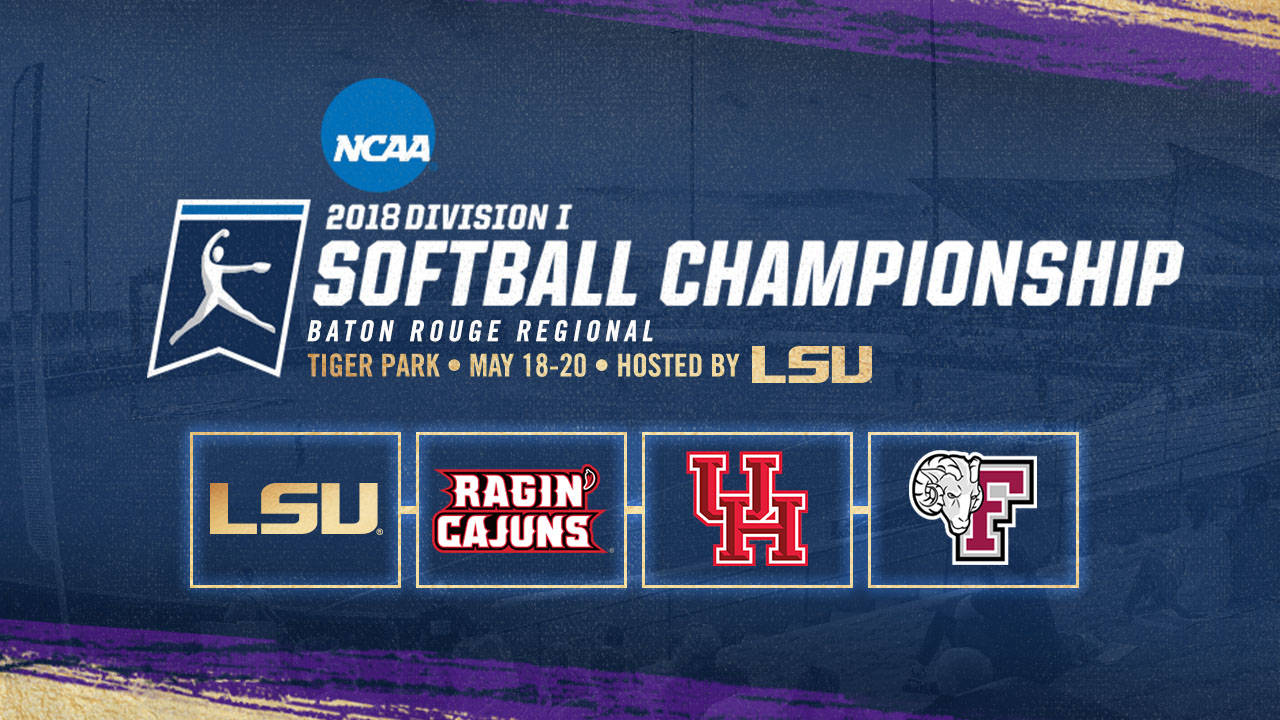 BATON ROUGE, La. – The LSU softball team has been selected as the No. 11 overall seed for the 2018 NCAA Softball Championships and will host the Baton Rouge Regional this weekend with Louisiana-Lafayette, Houston and Fordham May 18-20 at Tiger Park.

LSU will take on Fordham at 5:30 p.m. CT Friday evening, with Houston and Louisiana-Lafayette playing in the first game of the regional at 3 p.m.

Live streaming video will be available for all games from the Baton Rouge Regional via WatchESPN.com and the WatchESPN app. Live audio of all LSU softball games is available free at www.LSUsports.net/live and in the LSU Sports Mobile App.

A nationally-seeded team for the fourth consecutive season, the Tigers come into the postseason with a 41-14 overall record. LSU finished the regular season with a sweep of Arkansas for fifth place in the SEC. The Tigers defeated Ole Miss in the first round of the SEC Tournament and then fell to Tennessee in the quarterfinals. LSU is one of nine Southeastern Conference teams to earn a national seed as all 13 teams from the SEC made the NCAA Tournament for the second-straight year.

“This team did a good job,” said head coach Beth Torina. “They won a lot of games that they were supposed to win. They won some big games. We have a great opportunity in front of us. I don’t think there is any easy road. I think every team deserves to be here, but I think our team has a great opportunity in front of us just being included in the field.”

Louisiana-Lafayette will be the second seed of the regional. The Ragin Cajuns finished the 2018 regular season with a 38-14 overall and were 21-6 in the Sun Belt, finishing second behind Texas State. The Tigers and the Ragin’ Cajuns met in last year’s regional in Baton Rouge. LSU owns a 14-9 record against ULL.

Houston comes to Tiger Park with a 36-20 overall record and will be the third seed of the regional. The Cougars have won five out of their last six games and finished second in the American Athletic Conference behind South Florida. The Tigers own 6-3 record over the Cougars.

Fourth-seed Fordham has won six-straight Atlantic-10 tournament championships and comes to Baton Rouge with a 33-21 overall record. The Rams finished second in the conference. The Tigers are 2-0 against the Rams all-time.

“We played them (Fordham) several years ago,” said Torina. “I heard on the selection show that they have won their tournament six years in a row, so they’ve been here (regionals) a lot of times.”