Men's Golf Tees Off in Stockton on Monday 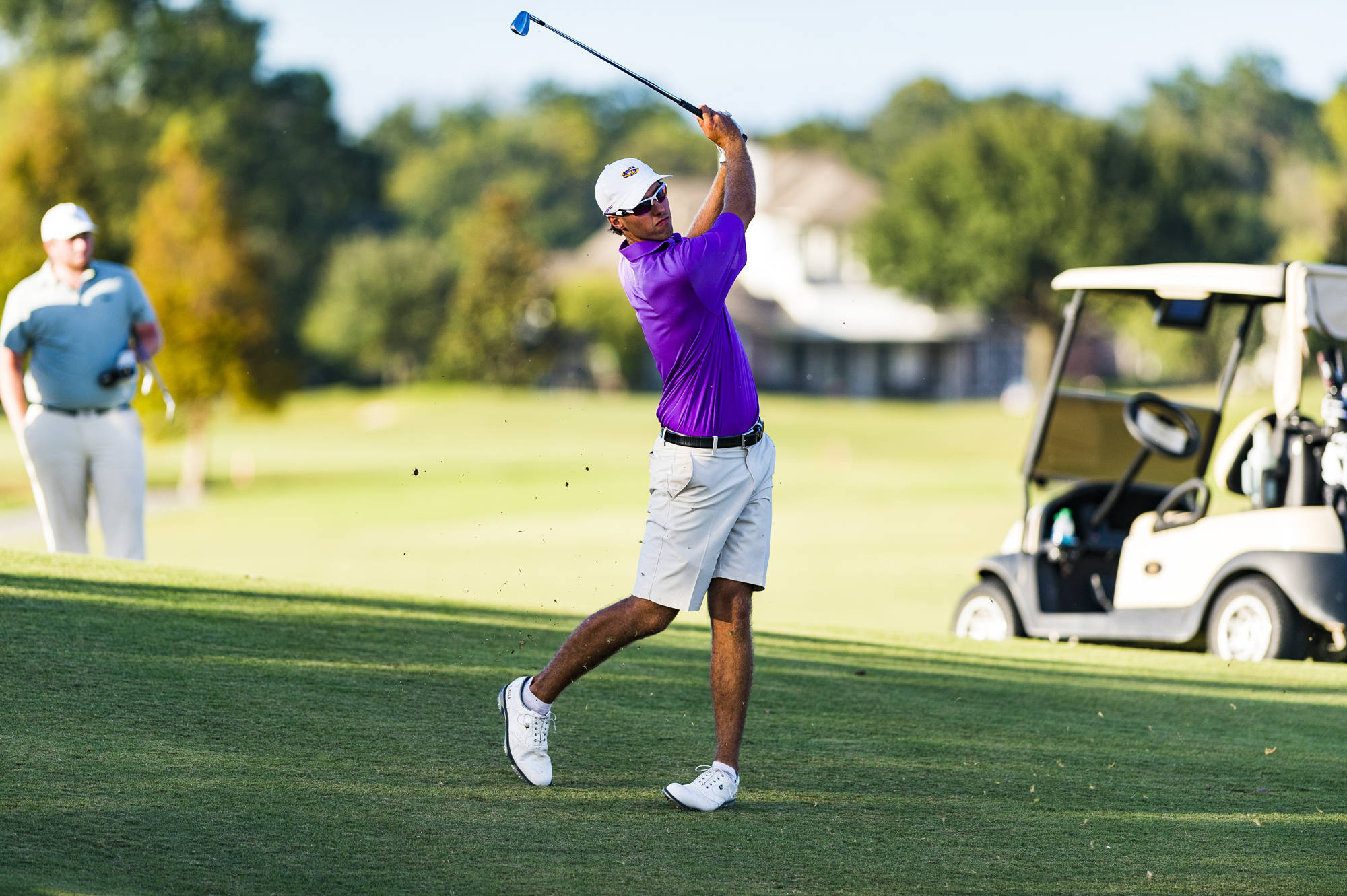 Baton Rouge, La. – The sixth-ranked LSU men’s golf team tees off on Monday morning at 9:30 a.m. CT as the No. 1 seed at the Stockton Regional hosted at The Reserve at Spanos Parks in Stockton, Calif.

The first Tiger to tee off will be Jacob Bergeron and he will be followed by Nathan Jeansonne (9:41 a.m. CT), Trey Winstead (9:52. A.m. CT), Philip Barbaree (10:03 a.m. CT) and Luis Gagne (10:14 a.m. CT). The Tigers will play the first round of the Stockton Regional alongside No. 7 Alabama and No. 18 Stanford. In order to advance to the NCAA Championships, the Tigers will need to place fifth or better after 54 holes of stroke play.

The NCAA Stockton Regional will feature 13 teams and LSU is the highest ranked at No. 6. No. 7 Alabama, No. 18 Stanford, No. 19 USC, Oregon, TCU, Colorado, Kansas, Kennesaw State, Iowa State, UNC Greensboro, UC Irivine and North Dakota State will all be in attendance. Live results for the tournament will be available at golfstat.com.

The Reserve is will be playing as a par 72 at 7,239 yards. For the Tigers, it will be their second tournament of the season in the state of California. The Purple and Gold used a two-round score of 4-over par 572 to place fourth at The Prestige at PGA West in mid-February.

This will be the 13th tournament of the year for the Tigers. LSU recorded three regular season team titles and it claimed the top stroke play spot at the SEC Championship in April. The Purple and Gold have utilized the same starting lineup at every single tournament this season and will continue that trend this week.

The junior from Orlando, Fla., is averaging a career-best 71.24 strokes in 2017-18. The accolades have been a plenty for the righty over the past several weeks. On Thursday, he was named to the All-SEC First Team for his impressive play thus far this year. A week prior to that honor, Gagne earned a spot on the International Squad at the 2018 Arnold Palmer Cup that will take place this summer in France, and he was named a Jack Nicklaus Award semifinalist on May 1. The Orlando, Fla., native has four top-10 finishes under his belt this season including a tie for medalist honors at the 2017 David Toms Intercollegiate with a 4-under par 140 (70-70).