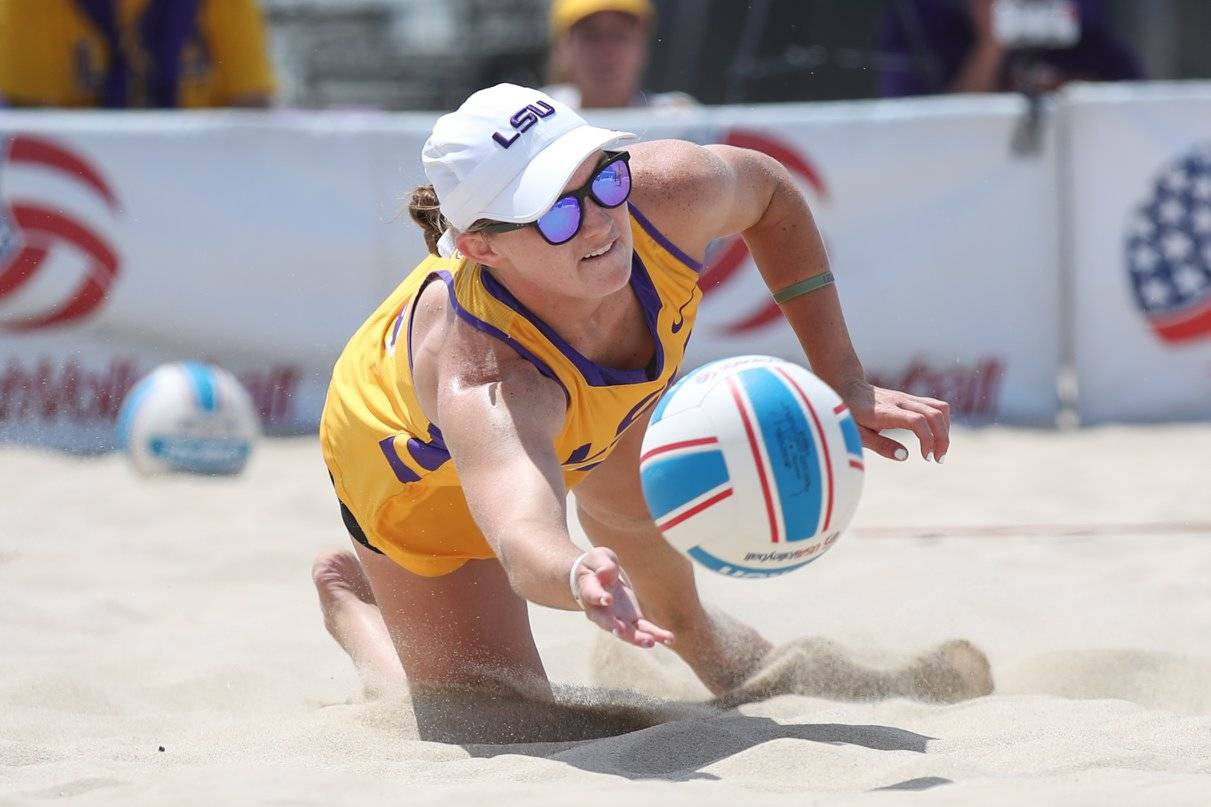 HERMOSA BEACH, Ca. – Claire Coppola and Kristen Nuss won three matches on Friday, including one against fellow LSU pair Emmy Allen and Megan Davenport, to advance to the semifinals of the USAV Beach Collegiate Championship.

The semifinal match, held at 10 a.m. CT, can be streamed online. The Championship match will air live on NBC Sports Network at 3 p.m. CT.

The Tiger duos were seeded against each other in the first round of bracket play. Coppola and Nuss, who were named the CCSA Pair of the Year, defeated Allen and Davenport, who played primarily on Court 4 this season, in straight sets, 21-17 and 21-9. Allen and Davenport were eliminated from competition while Coppola and Nuss moved on to face Cal Berkley’s Mima Mirkovic and Alexia Inman.

Coppola and Nuss took the match in straight sets, 21-17 and 22-20, to advance to the quarterfinals against FSU’s Macy Jerger and Sara Putt.

In the quarterfinal match, Coppola and Nuss took the court in straight sets, 21-18 and 21-16 to advance to the semifinals.

“It was a great day for Claire and Kristen,” said coach Russell Brock. “They played so well today. Obviously this is a really talented tournament and you always hope that you can find a way to play your best in events like this. Today was the realization of that hope. They were great in every facet of the game.”

Coppola and Nuss will play tomorrow at 10 a.m. CT against Cal Poly’s Torrey Van Winden and Emily Sonny. Coppola and Nuss defeated Van Winden on February 23 when she was paired with Tiadora Miric at the GCU Beach Tournament.  The other semifinal match will feature two pairs from FSU in Hailey Luke and Katie Horton against Vanessa Freire and Tory Paranagua.

“It’s tough to pull that level of play off over the multiple days, but I fully expect them to play just as well tomorrow,” said Brock. “The final four of this tournament is really good, and our pair definitely belongs.”