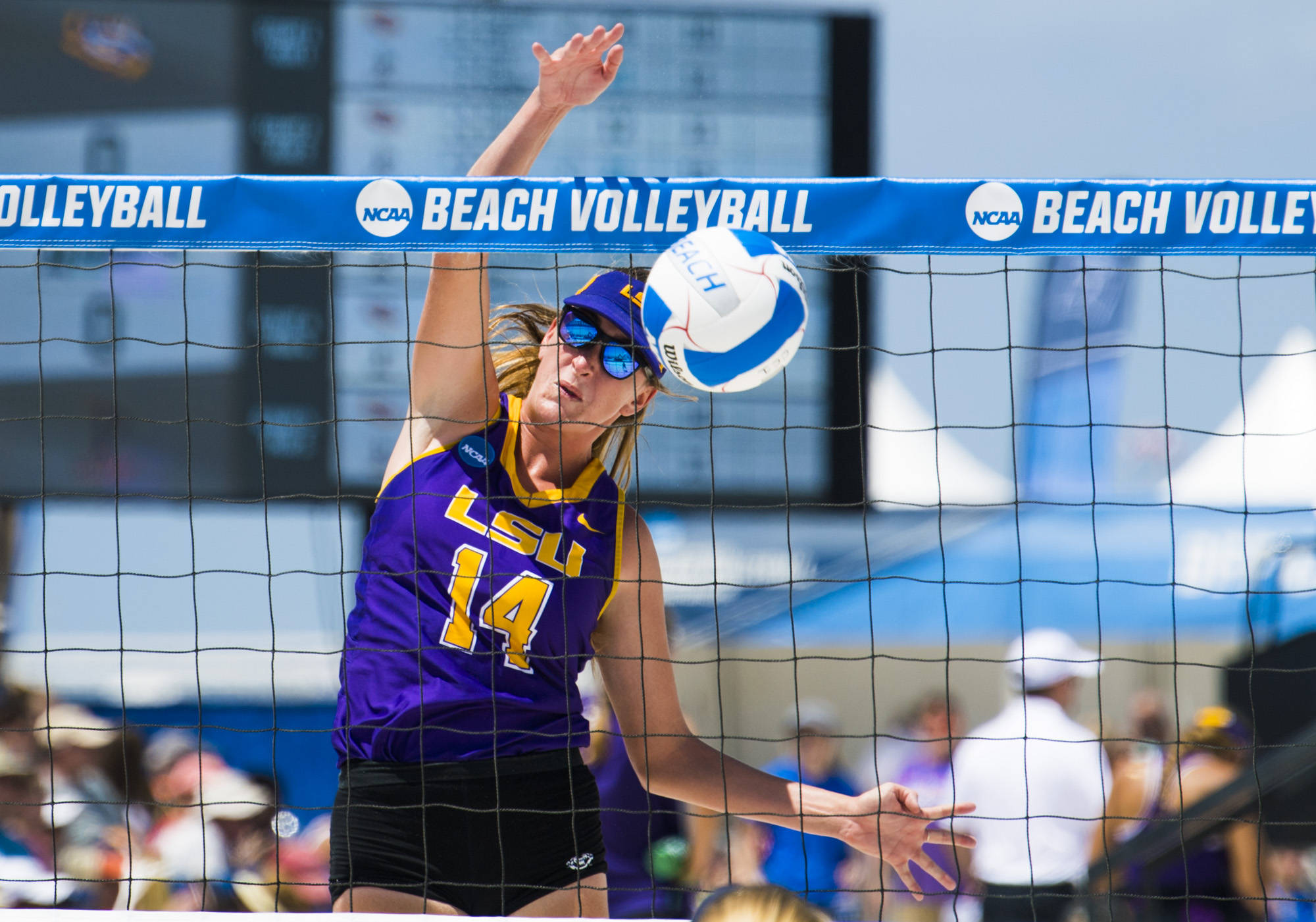 HERMOSA BEACH, Ca. – In the opening day at the USAV Collegiate Championship, Claire Coppola and Kristen Nuss along with Megan Davenport and Emmy Allen advanced to bracket play at Hermosa Beach while Olivia Powers and Hunter Domanski were eliminated.

The duos are competing for the opportunity to represent the United States at the 2018 FISU World University Championship, July 9-13 in Munich Germany.

“This is an incredible tournament with great talent from all over the country,” said coach Russell Brock. “Having two pairs get through to bracket play tomorrow is fun. Obviously, when you get to single elimination tournament play, the stakes become significantly higher and all the teams are strong. I’m looking forward to seeing our pairs battle.”

The two LSU duos who advanced will face each other in the first round of bracket play on Friday. Coppola and Nuss are set to play Davenport and Allen at 11 a.m. CT on Court 2. The winning pair fill face Cal Berkley’s Mima Mirkovic and Alexia Inman at 2 p.m. on Court 2. Finally, the winner of that match will play at 5 p.m. on Court 1 for the chance to earn a spot in the semi-finals. Each match will be streamed online.

“It’s a tough draw,” said Brock. “Unfortunately, we have to play eacho other, but i expect them to play well. We will for sure have one team moving on to the second round.”

Coppola and Nuss began their weekend on a high note, earning a straight-set victory, 21-11 and 21-14, over Kayla Armer and Victoria Hinojosa from Houston Baptist. In their second match of the day, Coppola and Nuss faced Molly Turner and Hannah Towne from Grand Canyon University.

Despite the strong early performance, Coppola and Nuss fell in the first set against Turner and Towne, 21-17. The LSU duo bounced back in the second set, taking it 21-14, but fell short in the third set, 15-8. Coppola and Nuss finished in second place in their pool.

In their only match of the day, Davenport and Allen fell in consecutive sets, 21-17 and 21-13, to Sasha Karelov and Nicci Reinking from Long Beach State. Despite dropping the match, Davenport and Allen will advance to bracket play tomorrow since there were only three pairs in their pool.

Powers and Domanski started pool play off, falling to Tiffany Creamer and Brooke Weiner from Georgia State. Powers and Domanski took the first set, 21-18, but were unable to win either of the next two sets, droppoing them, 21-15 and 15-10, to set them up with Loyola Marymount’s Savannah Slattery and Madelon Leiphardt in an elimination match.

In a tightly contested elimination match, Powers and Domanski took the second set, 21-17 after falling in the first, 21-16. In the deciding set Slattery and Leiphardt separated themselves, defeating Powers and Domanski, 15-11, as the LSU duo was eliminated from competition at the championship.