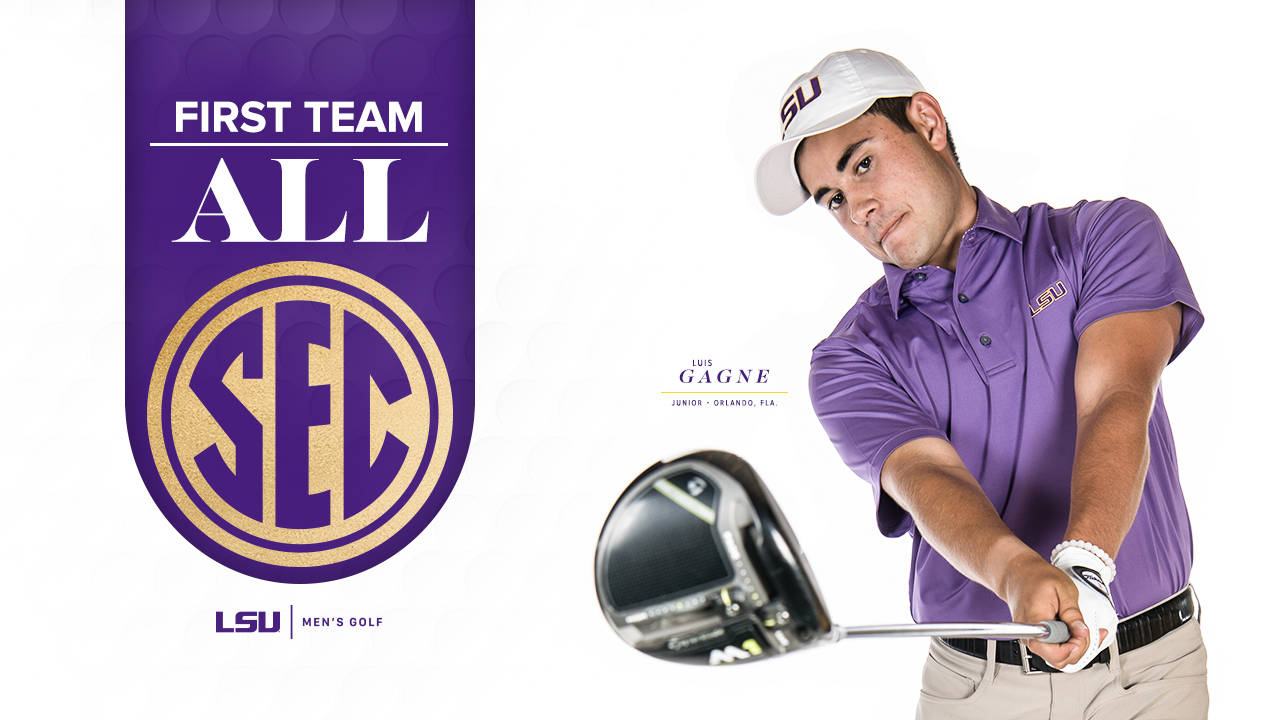 For Gagne, it’s the second All-SEC honor of his lauded career. Gagne was one of nine SEC golfers to earn the first team distinction this season. The junior from Orlando, Fla., is averaging a career-best 71.24 strokes per round during his third season in Baton Rouge.

It has been an impressive last month for Gagne as he carded the best SEC finish of his career two weeks ago with a 3-under par 207 to finish in a tie for third place. The tourney before that, he placed tied for third with a 4-under par 212 at the Old Waverly Collegiate to help LSU win its third team title of the season. In addition to the pair of third-place finishes, the righty was also named a Jack Nicklaus Award semifinalist and was selected to the International Squad for the 2018 Arnold Palmer Cup that will take place in France this July.

Bergeron and Winstead become the second and third freshmen to be named to the SEC Freshman Team since the conference started honoring first-year players in 2009. It marks the first time in program history that the Tigers have placed two freshmen on the all-freshman squad.

LSU will head to Stockton, Calif., for the NCAA Stockton Regional that begins Monday and ends on Wednesday at The Reserve at Spanos Parks.