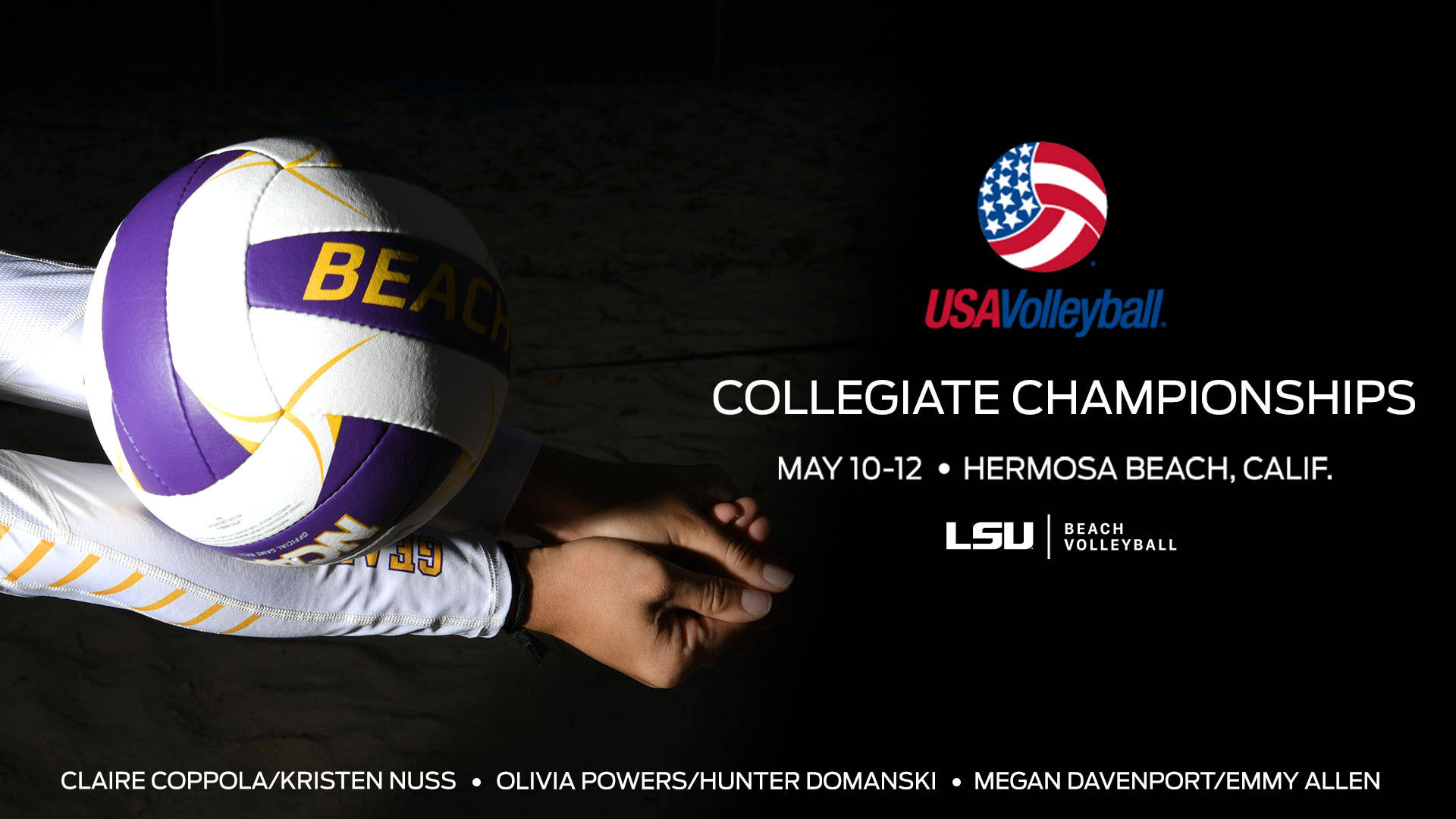 The pairs of Claire Coppola and Kristen Nuss, Olivia Powers and Hunter Domanski, and Megan Davenport and Emmy Allen will compete in the three-day event against pairs from 19 other universities. LSU and Florida State each sent three pairs to Hermosa Beach which is the most that any university brought.

“It is a great honor to have three pairs playing this weekend,” said coach Russell Brock. “We would love to have more, but it’s very competitive and we are excited to have our pairs involved. The field is very talented and we are looking forward to the competition.”

The USAV Collegiate Beach Championships will feature 32 pairs and the duos that are competing for the opportunity to represent the United States at the 2018 FISU World University Championship. All of the matches will be streamed live online. The championship match will air live on the NBC Sports Network on from 3-5 p.m. CT on Saturday. The event is free to the public.

Coppola and Nuss will begin pool play against Kayla Armer and Victoria Hinojosa of Houston Baptist on Court 2 at 1 p.m. CT. The winner of that match will face the winner of Molly Turner and Hannah Towne of Grand Canyon against Kaylie McHugh and Madeline Mertz of Tulane at 2 p.m. on Court 2. The loser of each match will face each other in the third-place bracket at 4 p.m. on Court 3.

Powers and Domanski will face off with Tiffany Creamer and Brooke Weiner from Georgia State at noon CT on Court 4 before squaring off with the winner of Savannah Slattery and Madelon Leiphardt of Loyola Maramount vs. Cassie House and Haven Hill of TCU at 4 p.m. CT. The loser of each match will square off at 4 p.m. on Court 1 in the third-place bracket.

Allen and Davenport will begin pool play at 11 a.m. CT on Court 1 against Sasha Karelov Nicci Reinking from Long Beach State. The winners of that match will face Vanessa Freire and Tory Paranagua from Florida State at 2 p.m. on Court 3.

“Kristen and Claire are clearly one of the best pairs in the country,” said Brock. “Their sophomore campaign was very impressive and they have proven that they can compete with anyone.”

Powers and Domanski went 13-9 in their first season together on Court 3. The duo won nine matches against pairs from ranked teams. From March 31 – April 14, Powers and Domanski won seven consecutive matches. Domanski was named to the CCSA All-Freshmen team for her performance in her debut season.

“Olivia and Hunter continued to improve all year and are playing their best right now,” said Brock. “There’s no doubt that they have a great upside and I’m excited to see them continue to improve. They’ve always played well against the toughest competition and that’s what this weekend is all about.”

“This is a fantastic opportunity for them to compete against some of the best pairs in the country regardless of their pair rank,” said Brock. “Megan and Emmy have the ability to be really successful this weekend and I’m looking forward watching them play at this level.”