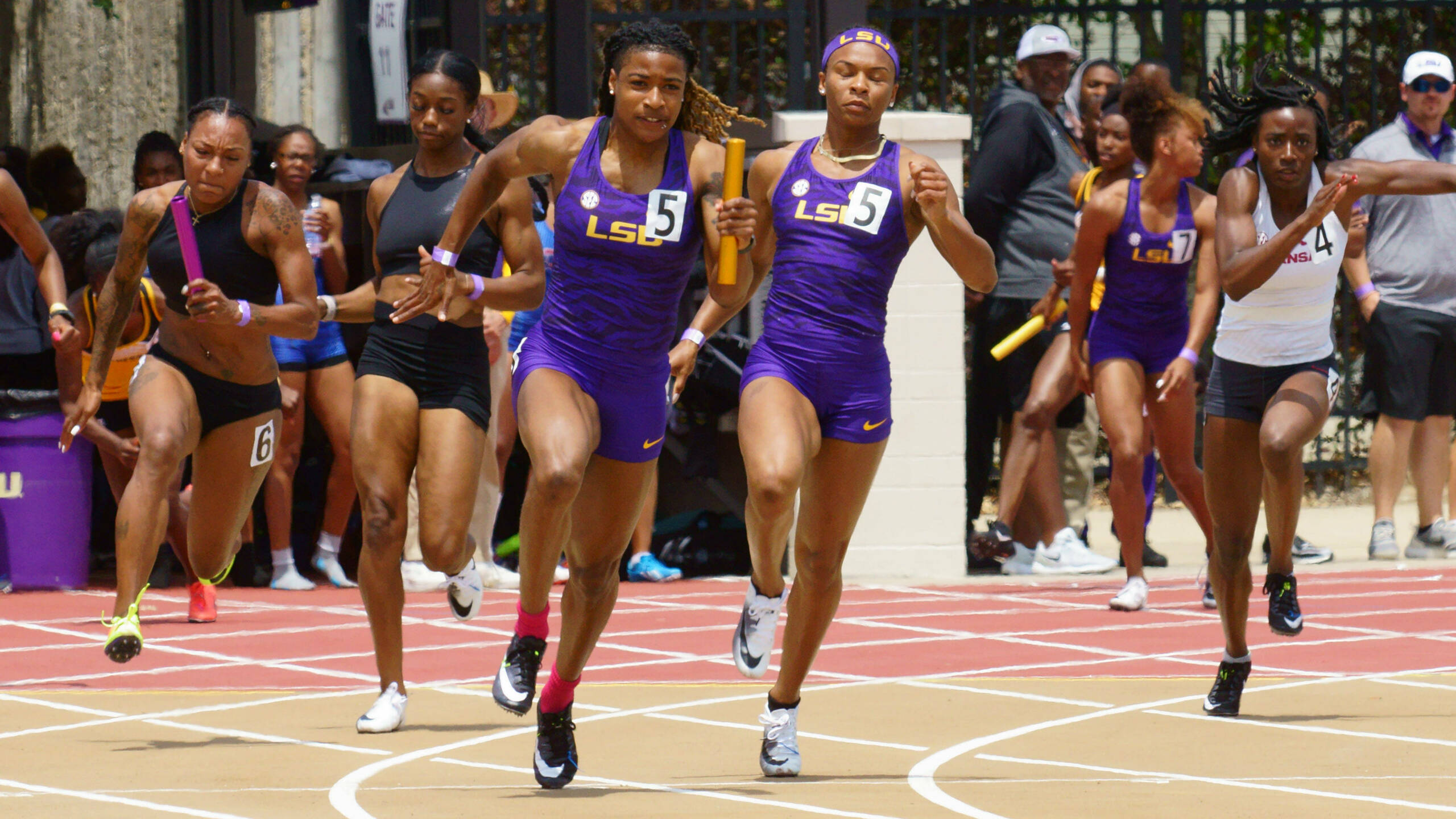 BATON ROUGE, La. – The LSU women’s and men’s track and field teams are headed to Knoxville, Tenn., for the 2018 SEC Championships hosted at the Tom Black Track at LaPorte Stadium Friday through Sunday. The Lady Tigers enter the SEC Championships as the top-ranked team in the U.S. Track & Field and Cross Country Coaches Association, while the men enter the SEC meet ranked 12th in the final regular season rankings.

Live coverage of the three-day meet will be abundant on WatchESPN and the SEC Network. Friday’s coverage will begin at 10 a.m. CT with coverage of the women’s hammer throw. Saturday’s live stream will begin at 9:15 a.m. CT with day two of the women’s heptathlon. Sunday’s action begin at 1:30 p.m. CT with the women’s high jump and will be streamed on WatchESPN. Beginning at 5 p.m. CT on Sunday afternoon, the final three and a half hours of the meet will air live on the SEC Network. A full schedule of events can be found at the Championships Central link above.

The women’s program has won 13 SEC team titles since competition started in 1981, while the men own 22 SEC championships dating back to 1933. The 13 women’s team titles are the most in SEC history ahead of Arkansas’ seven and Florida’s five. On the men’s side, the 22 team titles ranks as the second most in conference history behind Tennessee’s 25.

Mikiah Brisco, Aleia Hobbs and Kortnei Johnson all enter the meet as two-time SEC outdoor champs. Brisco and Johnson have been members of the past two winning 4×100 meter relay squads. Hobbs, who has been named to the last three Bowerman Watch Lists, was a member of the 2017 SEC 4×100 meter relay team that won gold and she will look to defend her individual title in the 100 meter dash.

The women’s squad has a slew of athletes who have a chance to capture SEC titles. Entering the meet, Aleia Hobbs (100 meter dash) and the 4×100 meter relay squad of Mikiah Brisco, Kortnei Johnson, Rachel Misher and Hobbs own the fastest times in the SEC.

Hobbs clocked the fastest wind-aided 100 meter dash in NCAA history at the Texas Relays in March with a time of 10.86; that time ranks No. 1 in the NCAA for 2018. The 100 meter dash has a chance to be the biggest point grab for the Lady Tigers with Johnson (10.97w) and Brisco (10.99w) ranked second and third behind Hobbs. At the 2017 SEC meet, Hobbs claimed her first career SEC individual outdoor title in the 100 meter dash with a readout of 11.12 seconds. In that same final, Johnson (11.23) and Brisco (11.24) took third and fourth to amass 21 points for the Lady Tigers. In addition to owning the second-fastest time in the 100 meter dash in the SEC, Johnson’s season best of 22.52 that she registered at the Battle on the Bayou ranks second in the conference as well.

A pair of hurdlers, Tonea Marshall and Kymber Payne, own the second-best marks in the SEC this season. Marshall registered her best time of the season in the 100 meter hurdles at the Texas Relays with a wind-aided time of 12.73, and Payne registered a 55.92 at the Texas Relays in the 400 meter hurdles. LSU’s 4×400 meter squad of Misher, Brittley Humphrey, Payne and Cassondra Hall clocked a 3:30.34 at the LSU Alumni Gold meet to rank second in the SEC. Rounding out top-three marks on the women’s side is Ersula Farrow. A native of Detroit, Mich., Farrow clocked a career-best of 2:03.66 in the 800 meter run at the Hurricane Collegiate Invitational to own the third-best conference mark.

Freshman Damion Thomas will bring the third-best 110 meter hurdle time into the conference meet with a season-best time of 13.43 that he clocked at the Texas Relays; the hurdler from Sunrise, Fla., is the top-ranked freshman in the event. Another pair of freshmen will get their first taste of the SEC outdoor meet. JuVaughn Blake (high jump/7-3.00) and Jake Norris (hammer throw/238-6) both enter the meet ranked fourth in their respective events.

LSU’s women’s 4×100 meter relay has enjoyed a success of riches at the SEC meet since 1981. In the 37 women’s meets that have taken place in SEC history, LSU has claimed 20 sprint relay titles, the most of any team in the SEC. In 2018, LSU’s 4×100 meter squad is undefeated and owns the top six of the top eight collegiate times to be run this year.