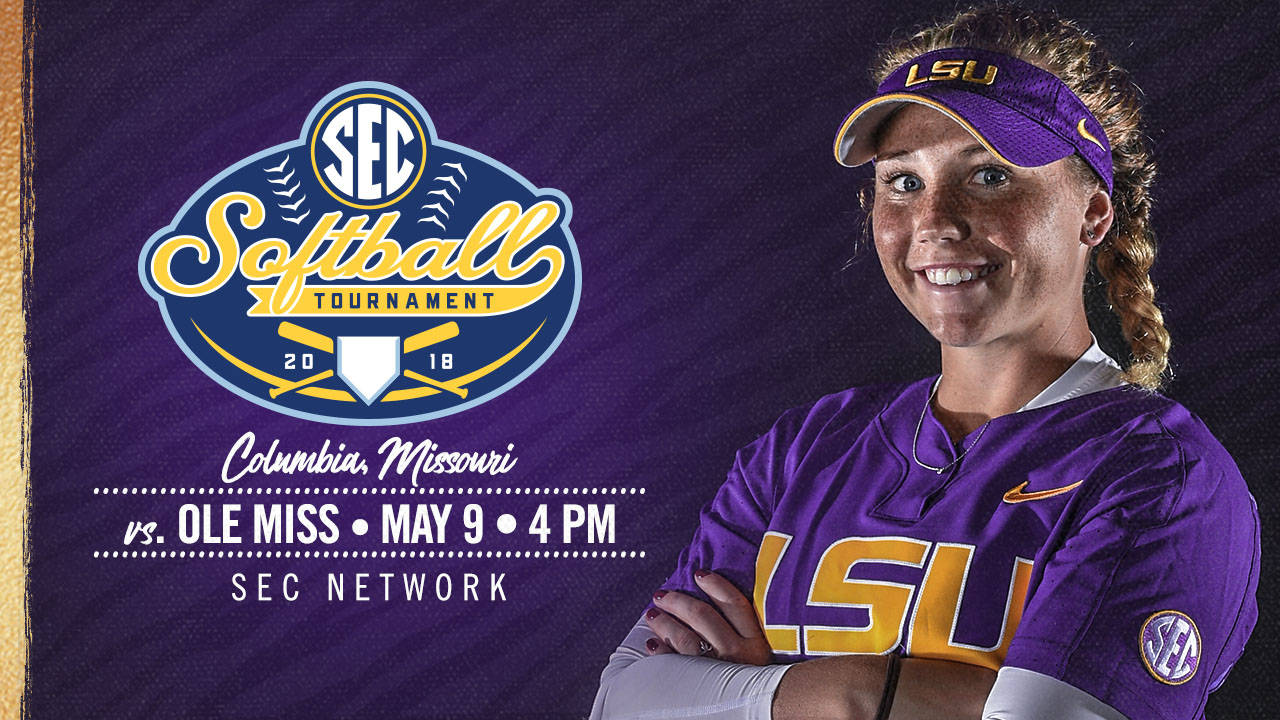 BATON ROUGE – The 11th-ranked and No. 5-seed LSU softball team is set to face No. 12-seed Ole Miss to open up the 2018 SEC Tournament in Columbia, Missouri Wednesday at 4 p.m. CT. Click here for a full bracket of the SEC Tournament.

The game will air live on SEC Network with Beth Mowins, Michele Smith and Holy Rowe on the call. Live stats will be available on LSUSports.net.

Series Records
LSU owns a 52-12 all-time record against Ole Miss. The two teams met earlier this season and had one of the best college softball games of the year with an SEC record of 19 innings. LSU came out on top 2-1 after a walk-off by Amanda Doyle and a sensational pitching performance from Allie Walljasper. The Rebels and the Tigers met in last year’s SEC Tournament in the championship game with the Tigers falling, 5-1.

Torina’s Thoughts on Ole Miss
“They are very fast and bring a lot of speed. They put pressure on the defense and you have to play good defense because they are so quick. On the mound, Kaitlin Lee has been a tough pitcher for us to deal with. She is tough on everybody and extremely tough on us. We have our work cut out for us.”

About the Tigers
LSU finished the regular season with a 40-13 overall record and fifth in the SEC. The Tigers are coming off a series sweep of Arkansas last weekend. Amanda Doyle and Aliyah Andrews are one and two that lead the offense. Andrews is hitting .339 in the leadoff spot, while Doyle is hitting .335 in the cleanup spot. Allie Walljasper and Maribeth Gorsuch both picked up victories on the weekend. Walljasper leads the team in ERA with 1.00 which is ranked 10th in the country. Carley Hoover leads the team in strikeouts with 174 in 144.1 innings pitched.

About the Rebels
Ole Miss goes into the matchup with a 30-22 overall record. The Rebels finished 12th in league play and are coming off a series win of Georgia that helped put them in the SEC Tournament. Elantra Cox leads the team with a .343 batting average. She has a team-leading 57 hits on the year and has stolen 27 out of 31 bases this season. Kaitlin Lee is the go-to in the circle for the Rebels. She owns a 2.28 earned run average and has a record of 16-11 on the year. In 165.2 innings of work, she has struck out 80 batters.

What’s On Deck
The tournament is a single elimination tournament. If the Tigers were to win, they would advance to the quarterfinals to play No. 4-seed Tennessee on Thursday, May 10 at 4 p.m. CT. That game would air live on SEC Network. For more information on the SEC Tournament, click here.