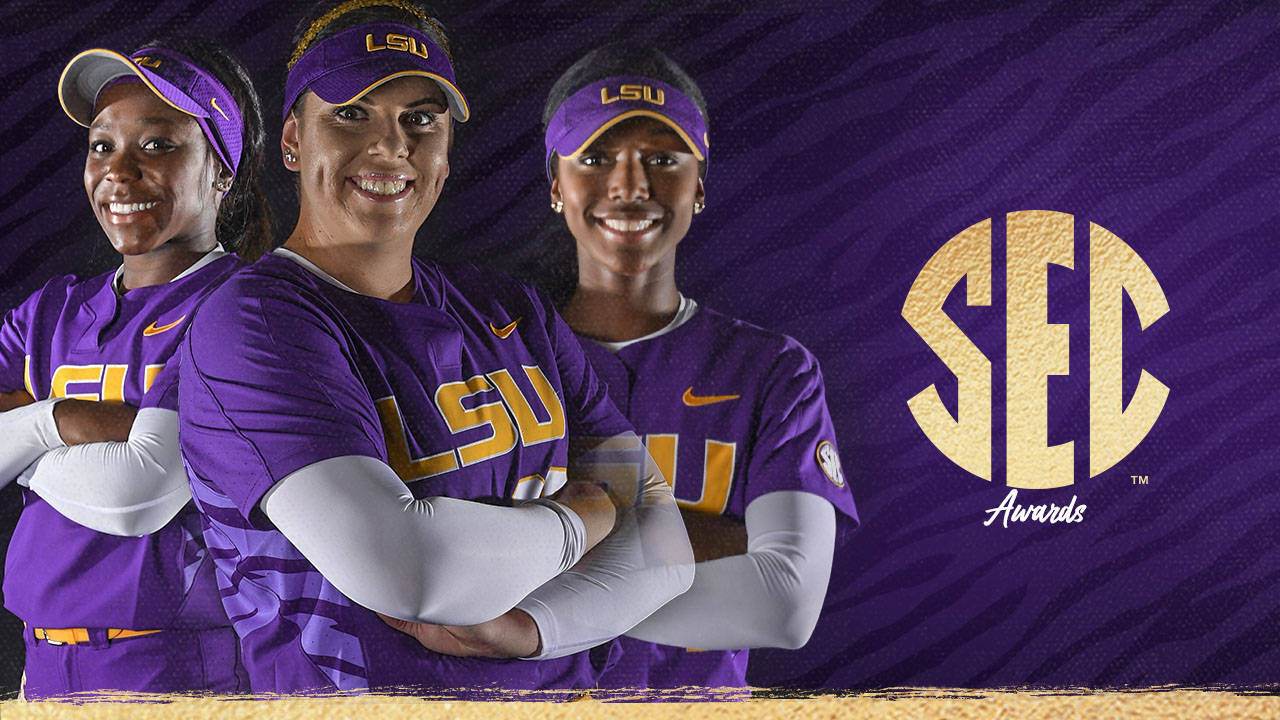 BATON ROUGE – Allie Walljasper, Aliyah Andrews and Taryn Antoine earned All-SEC honors on Tuesday morning as announced by the conference office ahead of the start of the 2018 SEC Softball Tournament in Columbia, Missouri.

Andrews is the 43rd second team honor in program history and the seventh defensive honor. It is the first honor for the sophomore. Antoine’s freshman accolade is the first SEC All-Freshman team honor since 2015.

Walljasper led the Tigers in SEC action with a 1.46 earned run average. She went 5-2 in the circle against SEC opponents with one shutout, one combined shutout and tallied 43 strikeouts in 67.1 innings of work. Among the league, Walljasper ranked fifth in earned run average (1.46) and sixth in opposing batting average (.202).

On the year, Walljasper is 10th in the nation in earned run average at 1.00, bettering her ERA every year since she arrived at LSU. With a 15-4 record, she has six shutouts, one save and 119 strikeouts in 147.2 innings of work. Earlier in the year, Walljasper threw an SEC and LSU record of 19 innings to pick up a victory against Ole Miss.

Andrews, who is the leadoff hitter for the Tigers, hit .322 in conference action. She tallied a team-leading 29 hits and was 10-for-10 on stolen bases, which is second in the league. On the field, Andrews recorded 38 putouts and committed just one error in 23 games played.

For the season, Andrews leads the team at the plate with a .339 batting average. She has a total of 37 stolen bases this season, which is 13th among the nation and second in the league.

Antoine finished third on the team in batting average for conference play at .266. She registered 17 hits, four of those being doubles and one being a triple. Antoine was 4-for-4 on stolen bases and recorded 15 putouts as the Tigers’ right fielder. On the year, Antoine is hitting .274 and has recorded 26 hits with five doubles and a triple.

What’s On Deck
No. 5-seed LSU will travel to Columbia, Missouri for the SEC Tournament. The Tigers open the tournament with No. 12-seed Ole Miss on Wednesday, May 9 at 4 p.m. CT. The game will air live on SEC Network.