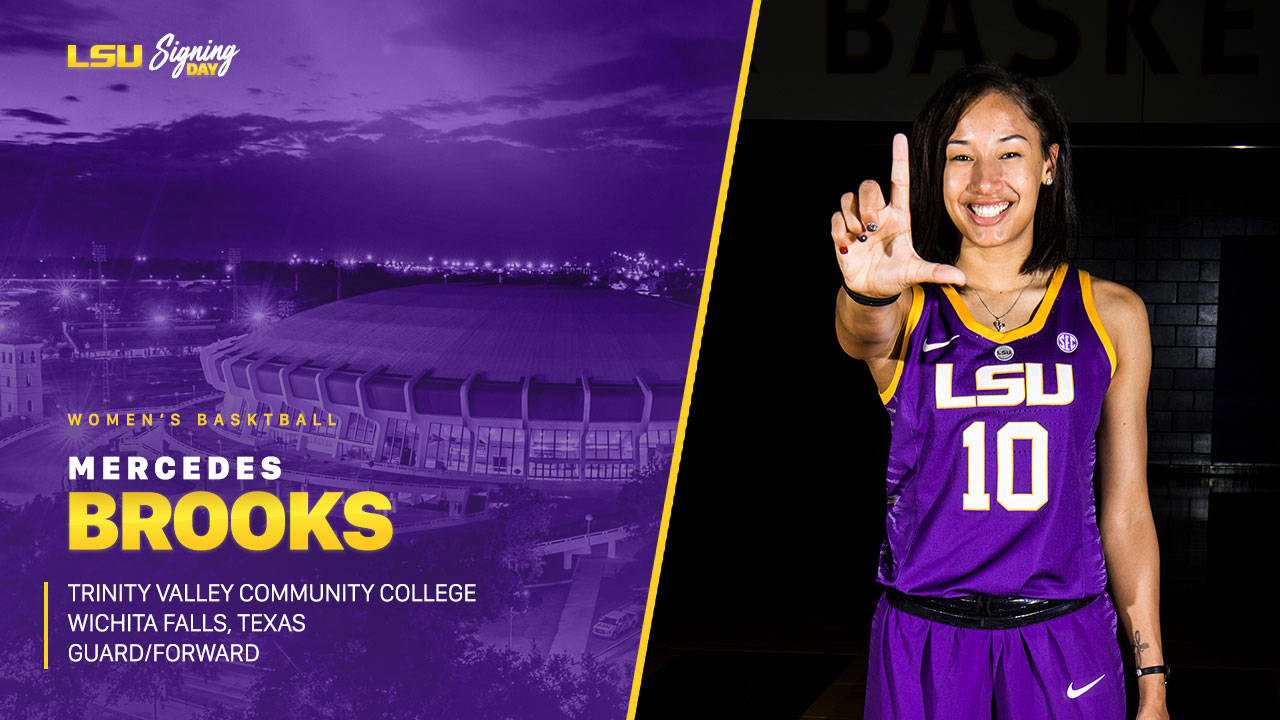 BATON ROUGE – LSU women’s basketball coach Nikki Fargas has announced the signing of Mercedes Brooks to a Nation Letter of Intent to join the Lady Tigers program for the 2018-19 season.

“Mercedes Brooks is a fantastic addition to the Lady Tiger family,” said Fargas. “Mercedes will bring some experience to our roster and is athletic and fast. She is a versatile player that will be able to stretch the defense with her ability to shoot the 3 and will be able to play in several different areas of our defense.”

Brooks is a 6-0 guard/forward from Wichita Falls, Texas. She is transferring into LSU from Trinity Valley Community College in Athens, Texas. Brooks averaged 16.4 points, 7.5 rebounds and 1.5 assists per game for the Cardinals during the 2017-18 season. TVCC finished the season as the NJCAA Division I national runner-up and extended its Region XIV title streak to 17 consecutive seasons. Brooks was recently honored with TVCC’s Leadership Award. She spent her freshman season at Kansas State, playing in 18 games for the Wildcats.

Brooks was a three-time TGCA All-State selection, Red River 22 Most Valuable Player and District 5-5A Player of the Year for Rider High School. As a senior, she averaged 18.9 points, 7.0 rebounds, 3.5 assists and 2.5 steals per game. Brooks wrapped up that season as a TABC All-State and All-Region selection and as a member of the TGCA Legacy All-State Team, made up of the top 20 female athletes in 5A and 6A in the state of Texas. She was a 2016 McDonald’s All-American nominee and played in the TABC All-State Game. As a junior, she averaged 18.1 points, 8.1 rebounds, 3.7 assists, 2.8 steals and 2.0 blocks per game. Brooks is the daughter of Robert Brooks and Diann Clark and is interested in studying kinesiology.