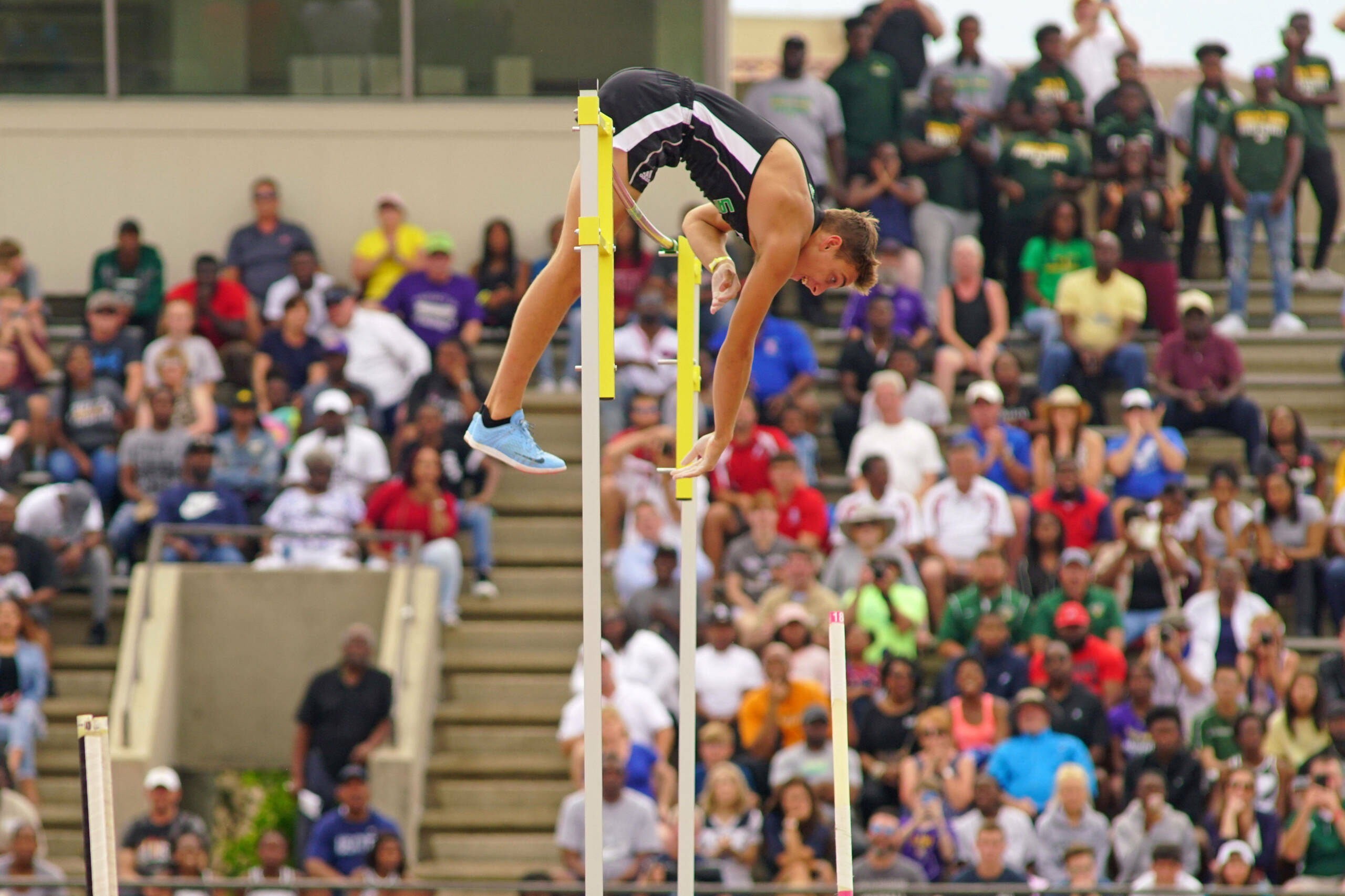 BATON ROUGE, La. – Competing one last time for Lafayette High School at the 5A LHSAA State Championships on Saturday at the Bernie Moore Track and Field Stadium, future LSU track and field star Mondo Duplantis went big in the pole vault to the tune of a 19 foot, five-and-a-half-inch (5.93 meters) clearance to top his prior world junior record.

The mark of 5.93 meters (19-5.50) is the second best clearance in the world in 2018 and it would register as the NCAA lead in the event this season. A numerous time champion on the national and world level, Duplantis will enroll at LSU for classes in August. He competed at the 2018 World Indoor Championships in Birmingham, England and placed seventh amongst a field of professionals. His clearance of 5.93 meters is the 26th-best mark in pole vaulting history.

An eight-time LHSAA state champion, Duplantis has cleared the 18-foot barrier nine times during outdoors as a prep athlete which is three times as many as any prep in history. The 2017 Gatorade National Boys Track & Field Athlete of the Year, he burst onto the 2018 scene at the Texas Relays when he cleared a then career best of 5.92 meters (19-5.00) amongst a field of professional competitors to garner a third-place finish and elevate the world junior record that he already owned.

Duplantis was a member of the heralded recruiting class that will arrive in Baton Rouge later this summer.