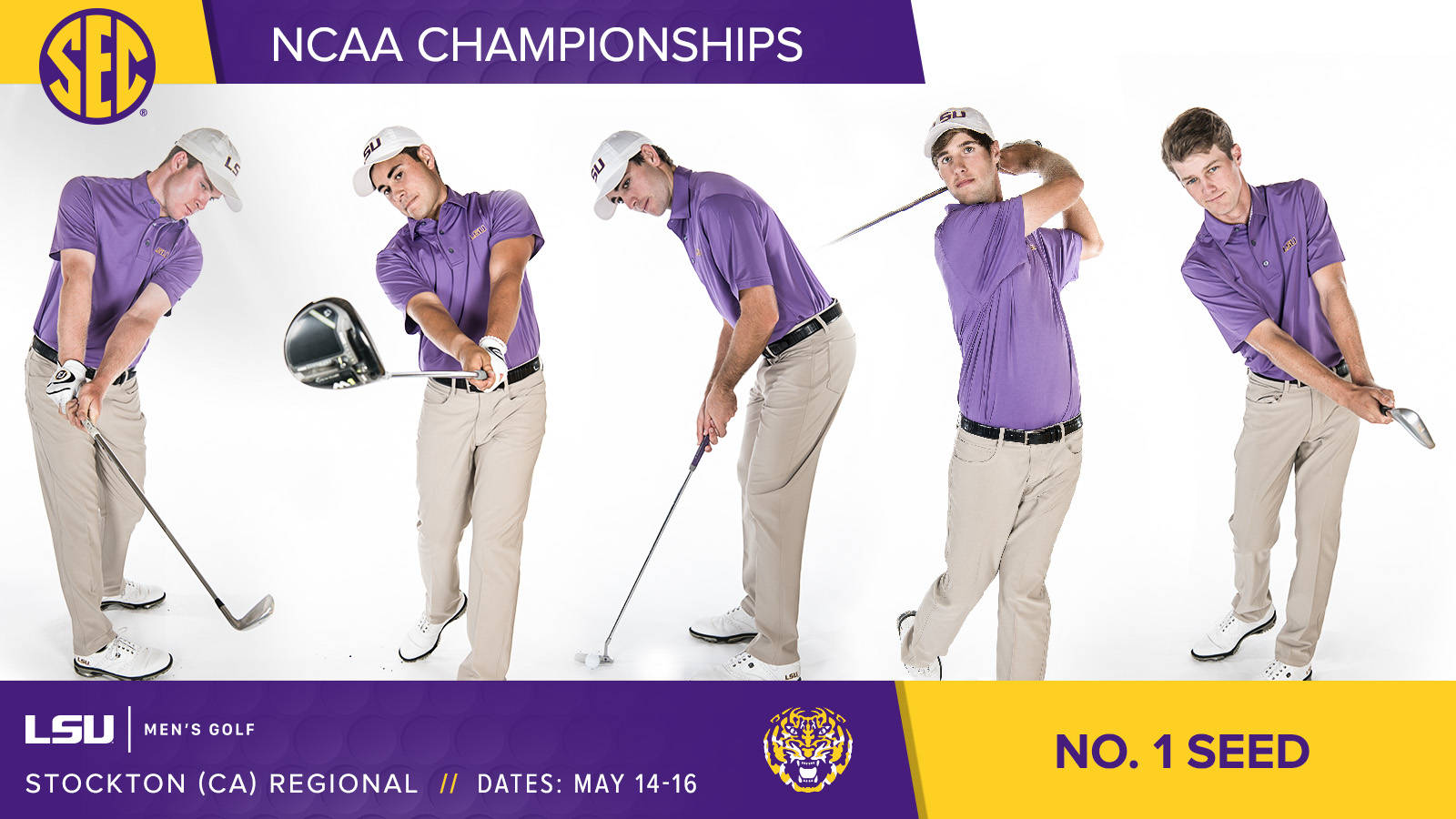 Baton Rouge, La. – For the second year in a row, the LSU men’s golf team will enter the NCAA Championships as a No. 1 seed. The Tigers were named the top seed on Wednesday for the NCAA Stockton Regional that will take place May 14-16 at the The Reserve at Spanos Parks located in Stockton, Calif.

LSU was one of 81 teams selected for the NCAA tournament field. Six different regionals will be contested across the country and the top five teams from each regional will advance to the championship site in Stillwater, Okla., that will take place May 25-30 at the Karsten Creek Golf Club. The top individual from each regional that is not a member of a team advancing to the final site will earn an individual berth at the NCAA Championships.

The NCAA selection for the Tigers is the 11th straight for the program; dating back to 2010, LSU has advanced to the NCAA Championships final site eight out of the last nine seasons. This year and 2017 are the only two LSU teams that have earned NCAA Regional No. 1 seeds.

Ranked teams playing in the Stockton Regional alongside the No. 6 Purple and Gold will be No. 7 Alabama, No. 18 Stanford and No. 19 USC. In addition to those three schools, Oregon, TCU, Colorado, Kansas, Kennesaw State, Iowa State, UNC Greensboro, UC Irvine and North Dakota State will round out the 13-team field.

The Tigers have claimed three tournament titles during the 2017-18 season – David Toms Intercollegiate, Ka’anapali Collegiate Classic and Old Waverly Collegiate. Last week, the Tigers were the top stroke play finishers at the 2018 SEC Championship and they advanced to the semifinal round of match play before being ousted by Auburn.