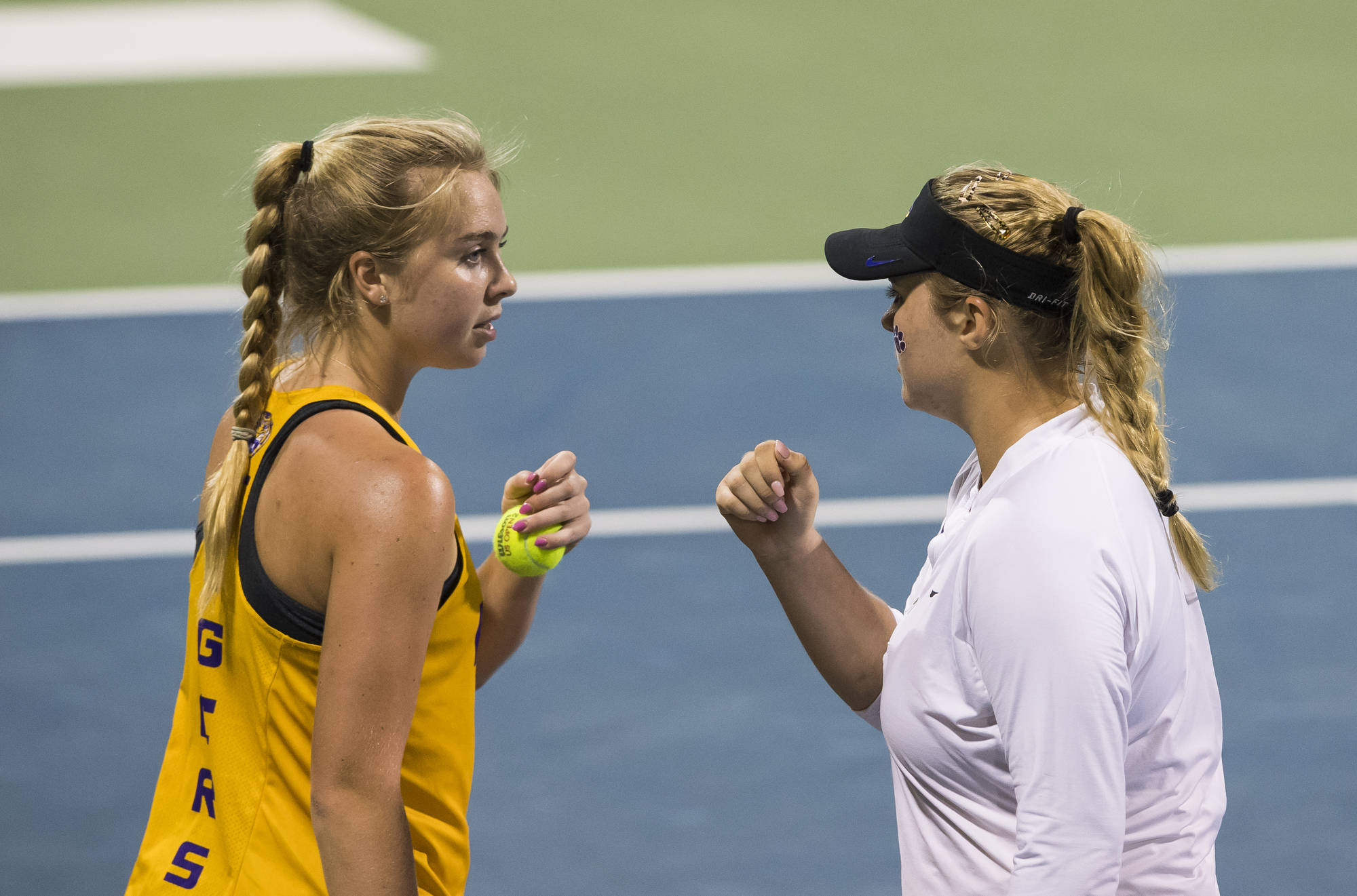 Richardson will participate in both the singles and doubles competitions while Golovin will join her in the doubles bracket. The duo is currently ranked as the No. 31 doubles team in the country and boasts a 14-7 record on the season with three top-15 wins on court one.

The 2018 NCAA Doubles Championships will mark the second time Golovin has appeared in individual postseason competition during her time at LSU. She previously competed in the NCAA Singles Championships in her freshman season, advancing to the second round with a 6-4, 7-6 (4) win over No. 62 Mayar Sherif Ahmed of Fresno State.

Richardson’s selection to both the singles and doubles brackets is just the latest accomplishment in her historic freshman season in the Purple and Gold. The freshman is currently on a 16-match win streak and has not lost a singles match since the month of January, compiling an 18-1 record this dual season The three-time SEC Freshman of the Week currently holds the highest winning percentage in the Southeastern Conference in both overall and dual singles competition and was recently named to the All-SEC First Team and SEC All-Freshman Team.

The No. 36-ranked Tigers will travel to Stillwater, Oklahoma to face off against No. 24 Tulsa in the first round of the NCAA Division I Women’s Team Championships on Friday, May 11 at 11 a.m. CT.