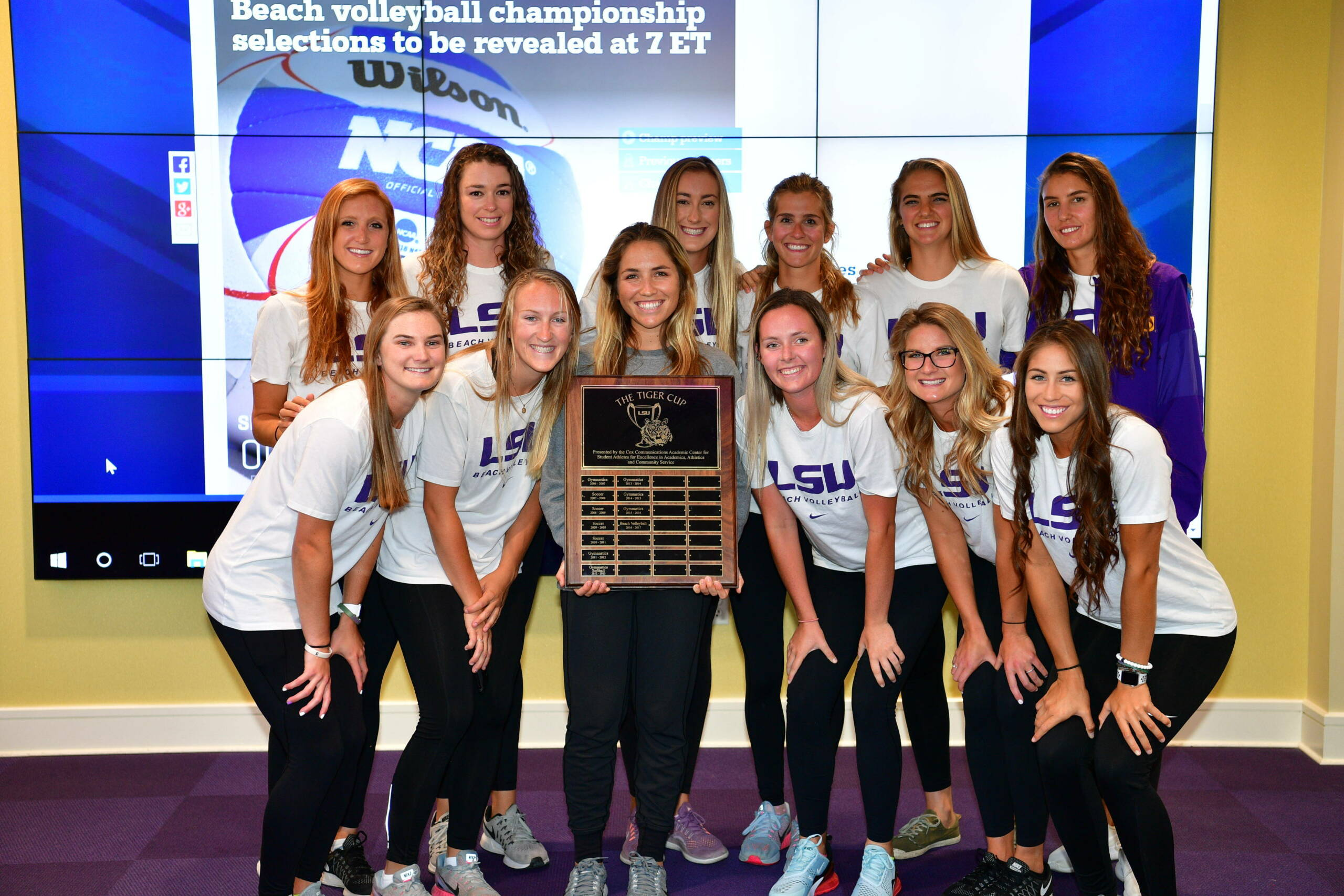 BATON ROUGE – Prior to the NCAA selection show on Sunday, the LSU beach volleyball team was awarded the Tiger Cup for its on and off-court accomplishments during the 2016-17 academic year.

The Tiger Cup is presented by the Cox Communications Academic Center and the winner determined by combining a team’s final conference and national ranking, its performance on the field along, its cumulative team grade-point average and community service hours accumulated.

“The Tiger Cup is the most prestigious award in the athletic department,” said coach Russell Brock. “We have really high expectations athletically, academically and within the community so it makes sense that when we excel at all three, we would be in the running for the cup. I’m super proud of our team for this amazing achievement.”

This is the first time that the beach volleyball team has taken home the Tiger Cup and becomes joins Gymnastics, Softball and Soccer as the only LSU programs to have won the cup .

The 2017 season was a monumental year for the beach volleyball program, earning its first 25+ win season and reaching the NCAA championship for the first time in team history. The Tigers finished second in the CCSA conference and accumulated a 27-8 overall record.

In addition to their success in the sand in 2017, members of the beach volleyball program averaged 31.45 hours of community service and compiled a 3.48 team GPA.

The Tigers have followed that up in 2018 with another 25+ win season and are on their way to the NCAA Championship, once again.