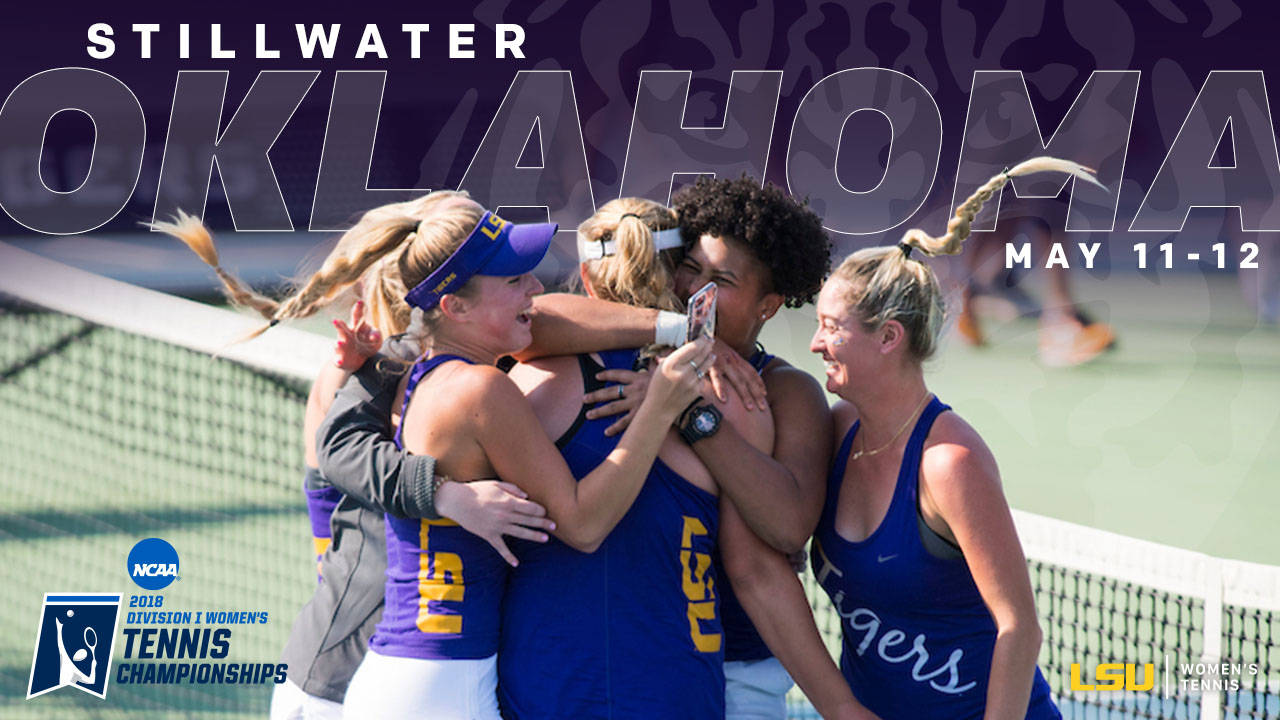 BATON ROUGE — The LSU women’s tennis team will travel to Stillwater, Oklahoma to compete in the first round of the NCAA Team Championships on Friday, May 11 at the Greenwood Tennis Center.

“Our team is thrilled to be in the NCAA Tournament,” co-head coach Julia Sell said. “We’re excited to get to compete again.”

This is the fifth year in a row the LSU women’s tennis team has qualified for the NCAA Tournament. The team has advanced to the second round in each of the last three seasons.

The Tigers defeated No. 40 Tulsa, 4-3, in the first round of last year’s NCAA Tournament before falling to No. 13 California in the second round of the Berkeley Regional.

The NCAA has not yet announced the start times for the first round on Friday, May 11. Winners of all 16 regional sites will advance to the Wake Forest Tennis Complex in Winston-Salem, North Carolina, where the 16 teams will compete for the national championship May 17-22.