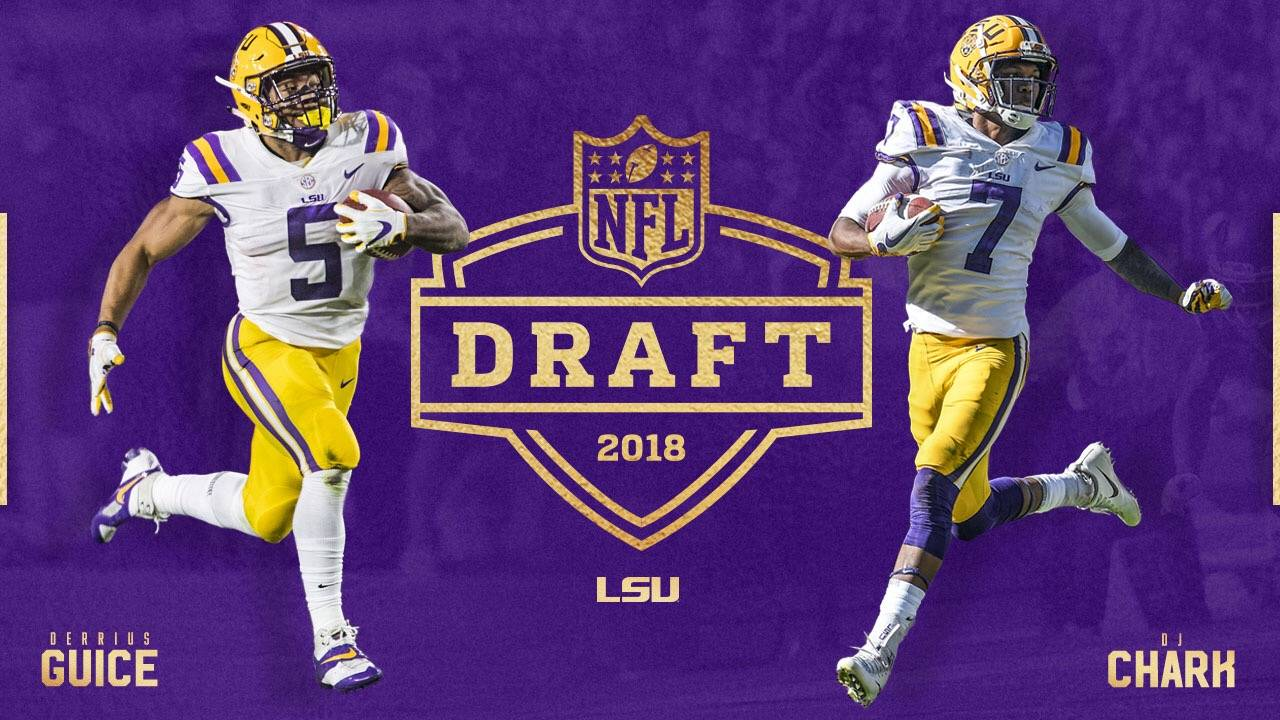 BATON ROUGE – Running back Derrius Guice and wide receiver DJ Chark headline a group of what could be as many as 10 or 11 LSU players that may hear their name called at the NFL Draft as the three-day event is set to start on Thursday night at Cowboys Stadium in Arlington, Texas.

The 2018 NFL Draft begins at 7 p.m. CT on Thursday as the event will be held at an NFL Stadium for the first time. Round one takes place on Thursday, followed by rounds two and three on Friday and the final four rounds will be held on Saturday.

This year, Guice, Chark and defensive back Donte Jackson have been predicted as possible first round picks in the many mock drafts that have been circulating since the end of football season.

If Guice does go in the first round, it will mark the first time in school history that LSU will have had running backs selected in round one of the NFL Draft in consecutive years. Last year, Fournette was taken fourth overall by the Jacksonville Jaguars.

Round one of the 2018 NFL Draft starts at 7 p.m. CT and can live coverage can be seen on several networks including ESPN, ESPN2, NFL Network and Fox.

The second and third rounds will be held on Friday beginning at 6 p.m. CT and can be seen on ESPN, ESPN2, Fox and the NFL Network.

Rounds four through seven take place on Saturday starting at 11 a.m. and will be carried live on ESPN, ABC, and the NFL Network.

All seven rounds can be seen on the Watch ESPN app.