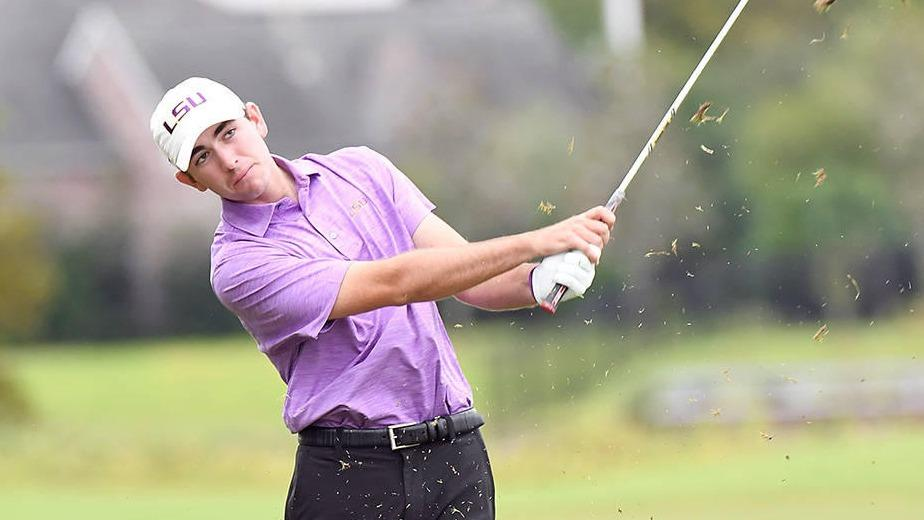 Baton Rouge, La. – Owning three regular season wins, the No. 11 LSU men’s golf team will commence its 2018 postseason schedule this week when it travels to the SEC Championship in St. Simons Island, Ga. LSU is scheduled to tee off at 11:55 a.m. CT on Wednesday alongside Auburn and Florida.

For the 16th time since 2001, the SEC Championship will be hosted at the Sea Island Golf Club’s Seaside Course; the Seaside is setup to play as a par 70 at 6,898 yards. Three days of stroke play will take place on Wednesday, Thursday and Friday before match play is slated to begin on Saturday. The top eight teams from stroke play will advance to the quarterfinals on Saturday morning. The winners of the match play quarterfinals on Saturday morning will turn right around and compete in the semifinal round of match play Saturday afternoon.

As they have done all season, the Tigers will trot out a starting five that features Luis Gagne, Philip Barbaree, Trey Winstead, Nathan Jeansonne and Jacob Bergeron. Gagne and Barbaree will be competing at their third and second SEC tournament, respectively, while Winstead Jeansonne and Bergeron will be making their SEC debuts.

Gagne leads the 2017-18 squad with a scoring average of 71.45. He has three-top 10 finishes to his name this season including medalist honors at the David Toms Intercollegiate that LSU hosted at the University Club in October. Gagne was LSU’s highest stroke play finisher at the 2017 SEC Championship with a three-round total of 4-under par 206 (tied seventh place) that ultimately earned him Second Team All-SEC honors.

Winstead leads the Purple and Gold with five top-10 finishes during his freshman campaign; he is averaging 71.90 strokes per round and he just registered the best finish of his collegiate career a week and a half ago at the Old Waverly Collegiate with a tie for third place (4-under par 212). Barbaree owns the next-lowest scoring average on the team with a 72.32 as a sophomore. Getting his first dose of SEC tournament play in 2017, Barbaree played the Seaside Course exquisitely during his first two rounds firing back-to-back scores of even par 70 to sit in a tie for 16th place before stumbling a bit in the final round of stroke play.

Bergeron (72.68 avg.) and Jeansonne (73.03 avg.) round out the Tigers’ lineup. Bergeron has stepped right in and contributed immediately as a freshman this season; he shared medalist honors at the David Toms Intercollegiate in October with Gagne as they both shot 4-under par 140s in a rain-shortened tournament title for the Tigers. Jeansonne’s season-best finish was a tie for fifth place at the Sea Best Invitational in February.

Breaking out some new post season bags this week for the SEC Championship. #GeauxLow

LSU will be competing alongside 13 other SEC teams that include ranked foes in No. 2 Texas A&M, No. 4 Vanderbilt, No. 6 Alabama, No. 7 Florida, No. 9 Auburn, No. 16 Arkansas and No. 19 Kentucky. Additional teams outside the Top 25 include Ole Miss, South Carolina, Missouri, Tennessee, Georgia and Mississippi State. Vanderbilt is the defending champion.