Tigers Jump Three Spots, Richardson Up to No. 46 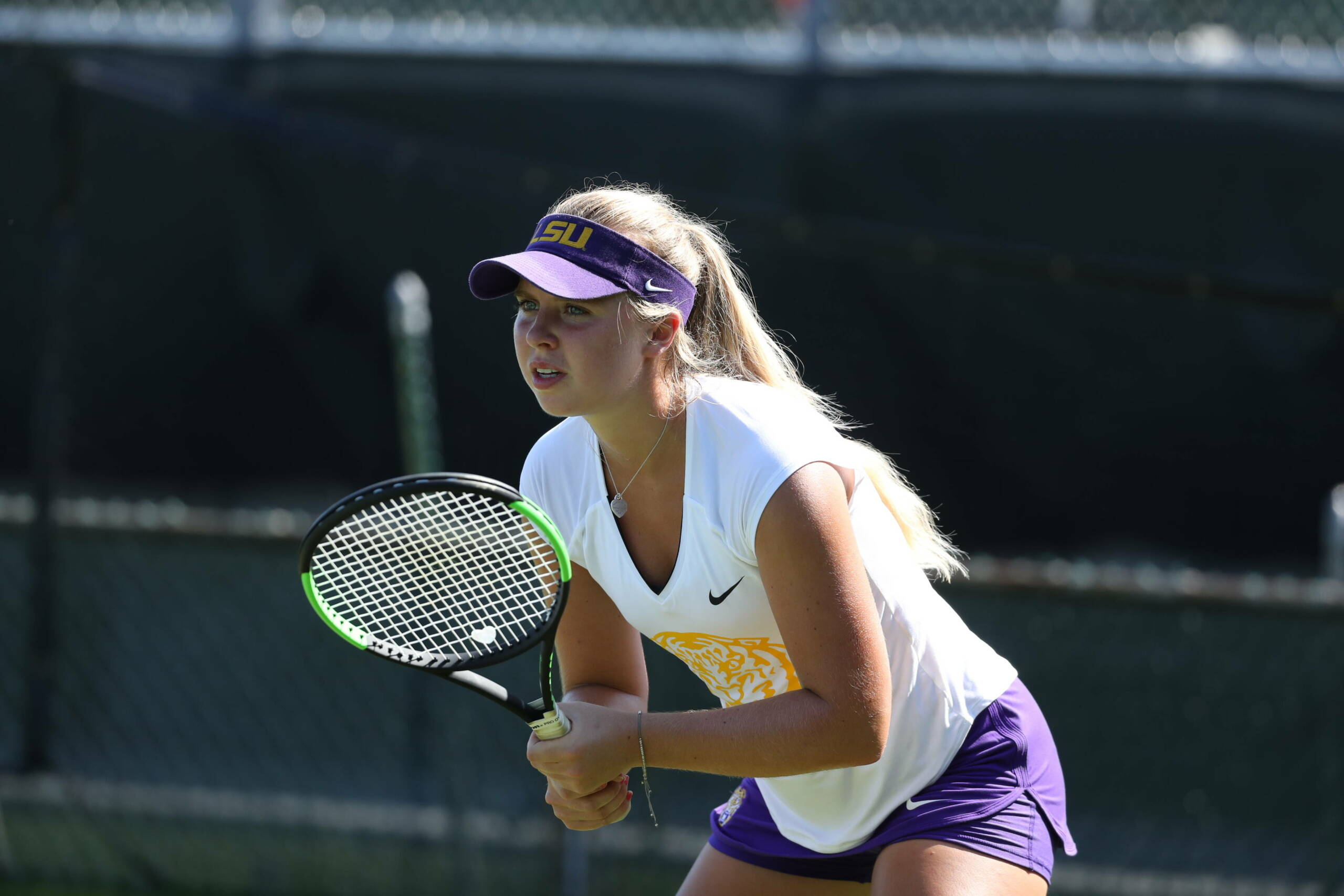 BATON ROUGE — The LSU women’s tennis team moved up three spots to No. 36 in the country and freshman Eden Richardson reached a career-best singles ranking of No. 46 according to the latest rankings released by the Intercollegiate Tennis Association Tuesday.

After their dramatic 4-3 comeback win over No. 30 Mississippi State and a narrow 4-2 loss to the ninth-ranked Florida Gators in the quarterfinals of the SEC Tournament, the Tigers climbed in the ITA team rankings for their highest ranking since March 10.

Richardson’s phenomenal showing at the SEC Tournament vaulted her more than 30 spots to a career-high No. 46 in the country in the singles rankings. Richardson capped off the 4-3 comeback win over the Bulldogs by clinching the match in three sets against Madison Harrison before defeating Florida’s Anna Danilina, ranked No. 14 in the country, 6-1, 7-5. Both wins came on court one, where Richardson is now 3-0 on the year, and ran the freshman’s current win streak to 16 straight matches. The three-time SEC Freshman of the Week is an incredible 18-1 in singles this dual season and 28-4 dating back to the fall.

Junior Jessica Golovin and senior Ryann Foster are also ranked in the latest singles poll at No. 83 and No. 104, respectively. Golovin is tied for the team lead with 18 dual singles victories and Foster has compiled an 11-5 dual singles record playing primarily at the top spot for the Tigers this season/.

In the doubles rankings, Golovin and Richardson climbed six spots to the No. 31 pairing in the country after the LSU duo defeated the No. 13 pairing of Florida’s Anna Danilina and Victoria Emma for the second time this season to claim their third top-15 doubles victory in conference play.