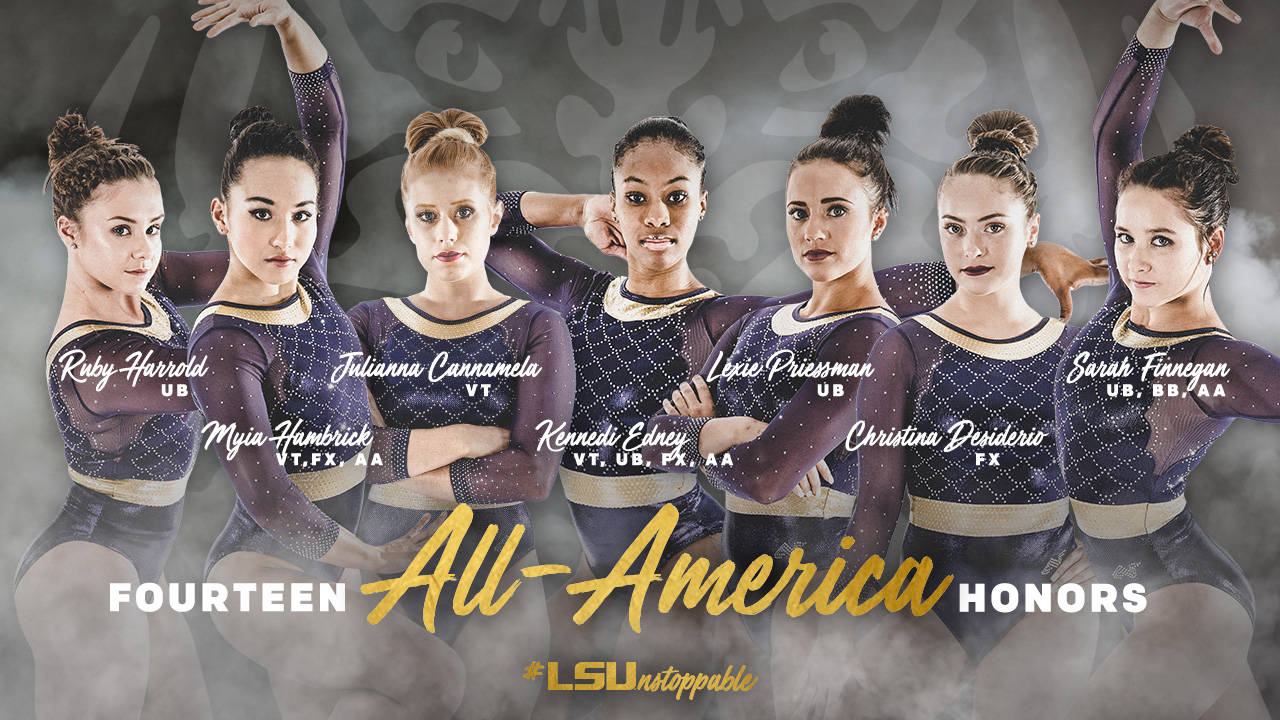 The 14 honors were the best in the first session. With 14 regular season honors announced earlier this season, LSU has now earned a school record 28 for the 2018 season. The mark bested the previous combined record of 27 set a year ago. Overall, LSU gymnasts have now combined to earn 239 All-America honors in the program’s history.

Edney became the eighth gymnast in school history to earn four All-America honors at an NCAA Championships. The sophomore finished in the top eight of vault, bars, floor and the all-around.

Hambrick finishes her illustrious career with as a 20-time All-American for second in school history. The senior was tied with Ashleigh Gnat for the second-most in school history entering the championships. Hambrick earned honors on vault, floor and all-around.

Finnegan also earned three All-America honors to push the total for her career to 15. The Missouri native will have the chance to surpass Rheagan Courville’s record of 23 next season.

The 2018 squad vies for the program’s first NCAA team championship at 6 p.m. CT Saturday on ESPNU.