Gymnastics Returns to St. Louis with Eyes on Super Six 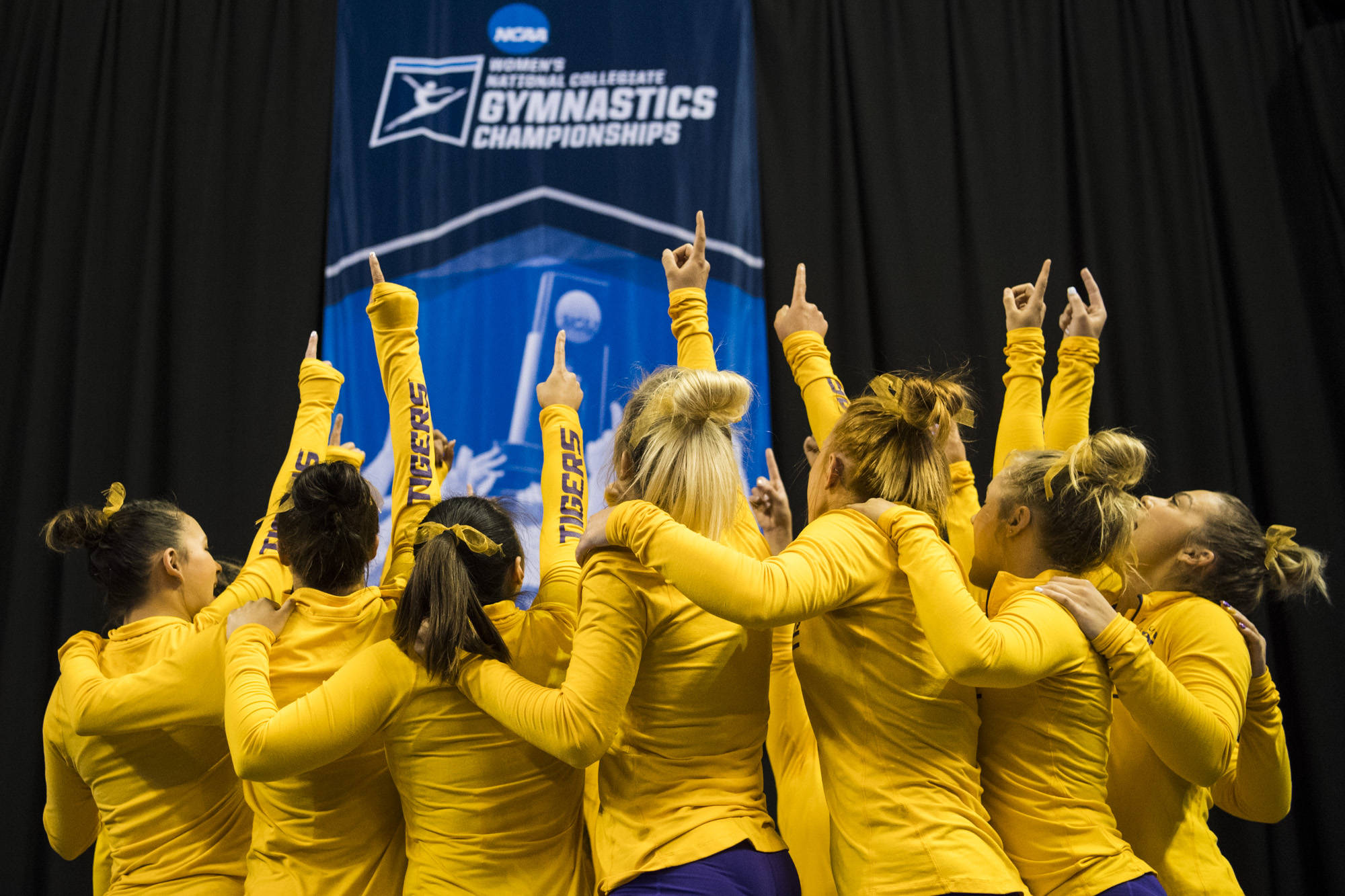 ST. LOUIS – The second-ranked LSU gymnastics team (27-1) returns to Chaifetz Arena and the city of St. Louis to compete for a spot in the program’s seventh NCAA Super Six appearance in Semifinal I at noon CT Friday.

The Tigers are the No. 2 overall seed and the top seed in the first session, which also features No. 3 UCLA, No. 6 Alabama, No. 10 Arkansas, No. 11 Nebraska and No. 18 Georgia. The top three teams from each session will advance to the last ever Super Six at 6 p.m. CT Saturday.

The meet on Friday will be televised live on ESPN2 with competition beginning at 12:06 p.m. CT. Bart Conner, Kathy Johnson Clarke and Laura Rutledge will have the call. Full coverage will also be available on WatchESPN.com and the app.

Individual event and all-around national champions will also be determined during the semifinal competition. LSU has 13 individual national champions in its history. In 2017, Ashleigh Gnat won the floor title, junior Sarah Finnegan won the program’s first bars title, and sophomore Kennedi Edney became the first freshman in school history to win a national championship after taking the vault title outright.

“I’m really proud of our preparation and everything we’ve done up until this point in the gym,“ LSU Gymnastics Head Coach D-D Breaux said. “The team is excited and ready to go out there and compete. It’s all about having a consistent meet and taking one routine at a time. Our gymnastics is in there so we just have to go out and do what we do.”

All-Around Performers Pace the Team
LSU is the only school to have three all-around performers in the top-10 of the final national rankings. Finnegan, Edney and Hambrick have paced the squad with outstanding performance in 2018. Each of the three all-around performers have each earned a score of 39.700 twice this season for the first time in school history. LSU is the only team in the nation to achieve that feat in 2018.

2018 Bars Lineup is Best in School History
LSU’s bars lineup of Sami Durante, Myia Hambrick, Ruby Harrold, Edney, Lexie Priessman and Finnegan has arguably been the best in school history. The squad, led by associate head coach Jay Clark, finished ranked No. 1 in RQS. It marked the first time in school history LSU has finished No. 1 on bars.

The lineup posted the best score in school history of 49.725 against Texas Woman’s and then went on to break the record again against Arizona with a 49.750. LSU’s score of 49.750 is the second-highest on bars in all of NCAA gymnastics since 1998.

Breaux, Clark and Moore have been together for the last six seasons and LSU has reaped the benefits with the best stretch in school history. The program has reached the NCAA Super Six in four of five season, won back-to-back SEC regular season and meet championships, and led the squads to a fifth-place finish in 2013, third-place finish in 2014 and back-to-back NCAA National-Runner Up finishes in 2016 and 2017.