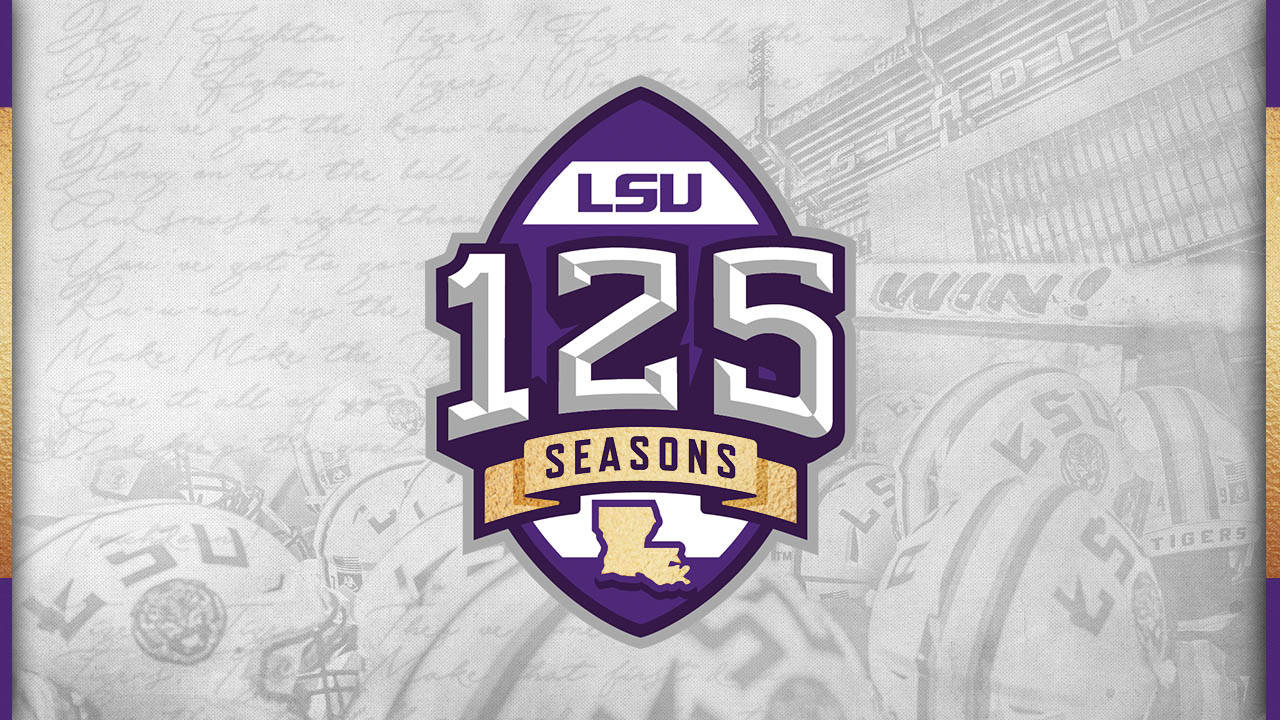 BATON ROUGE – On a cold and cloudy November day in 1893, LSU Football was introduced to the state of Louisiana with the playing of the school’s first football game in New Orleans. Since then, LSU Football has become a vital part of the way of life in Louisiana, linking generations of Tiger fans through food, fun, and ultimately the game itself.

LSU will play its 125th season of football in 2018 and LSU will celebrate the rich tradition and history of the program throughout the year by honoring the great games, moments, teams, players and coaches from the past at each home game.

As part of the celebration, LSU Football will unveil the “Next Great 25”, the best 25 players from the last 25 seasons as selected by permanent team captains from those years. The “Next Great 25” will join the “Team of the Century”, which was selected during LSU’s 100-year anniversary in 1993, to represent the greatest players in school history.

Fans will also be asked to join in by choosing their favorite and most memorable moments culminating in the announcement of the greatest moments in the history of LSU Football as chosen by the fans. The 125 Seasons of LSU Football will also include merchandise, featuring a special logo that was developed for fan apparel for the 2018 season.

Items featuring the 125 Seasons of LSU Football will be on sale at the Tiger Sport Shop at the National L Club Spring Game on Saturday as well as being available online at LSUshop.net.

LSU’s 2018 football uniform will include a patch commemorating the 125th season of football at the University and will be on display for the first time when the Tigers take the field against Miami on Sunday, September 2 in Arlington, Texas.