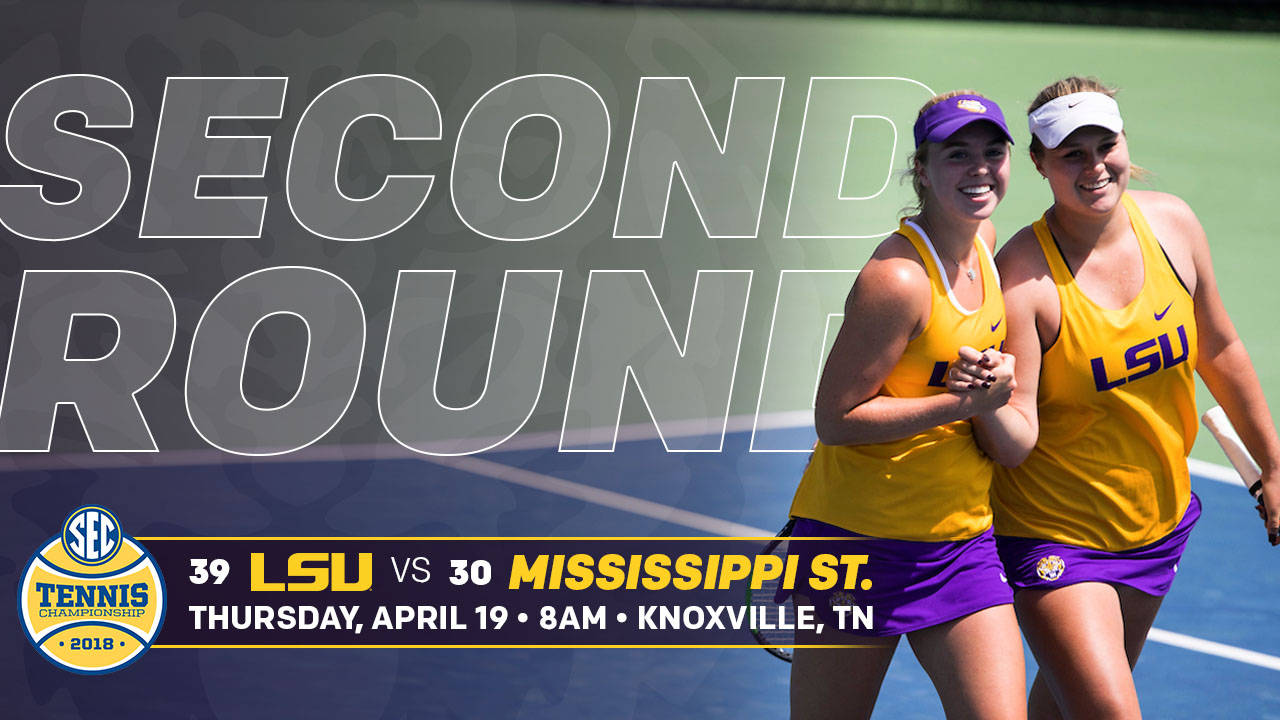 KNOXVILLE, Tenn. – The No. 39 LSU women’s tennis team will face the No. 30 Mississippi State Bulldogs in the second round of the SEC Tournament at the Varsity Tennis Courts on Thursday at 8 a.m. CT.

The Tigers (14-9; 5-8 SEC) and the Bulldogs (15-9; 6-7 SEC) each received first-round byes in the SEC Tournament based on conference ranking. 10th-seeded LSU defeated seventh-seeded Mississippi State by a score of 4-2 when the two teams faced off in Baton Rouge earlier this month.

LSU and Mississippi State both advanced to the quarterfinal round of last year’s SEC Tournament as the eighth and sixth seeds, respectively.

Mississippi State dropped four of its final five matches to end the regular season, while LSU split its final road series against Alabama and Auburn.

The winner of Thursday’s second-round match will go on to face the ninth-ranked Florida Gators, the second overall seed in the SEC Tournament.