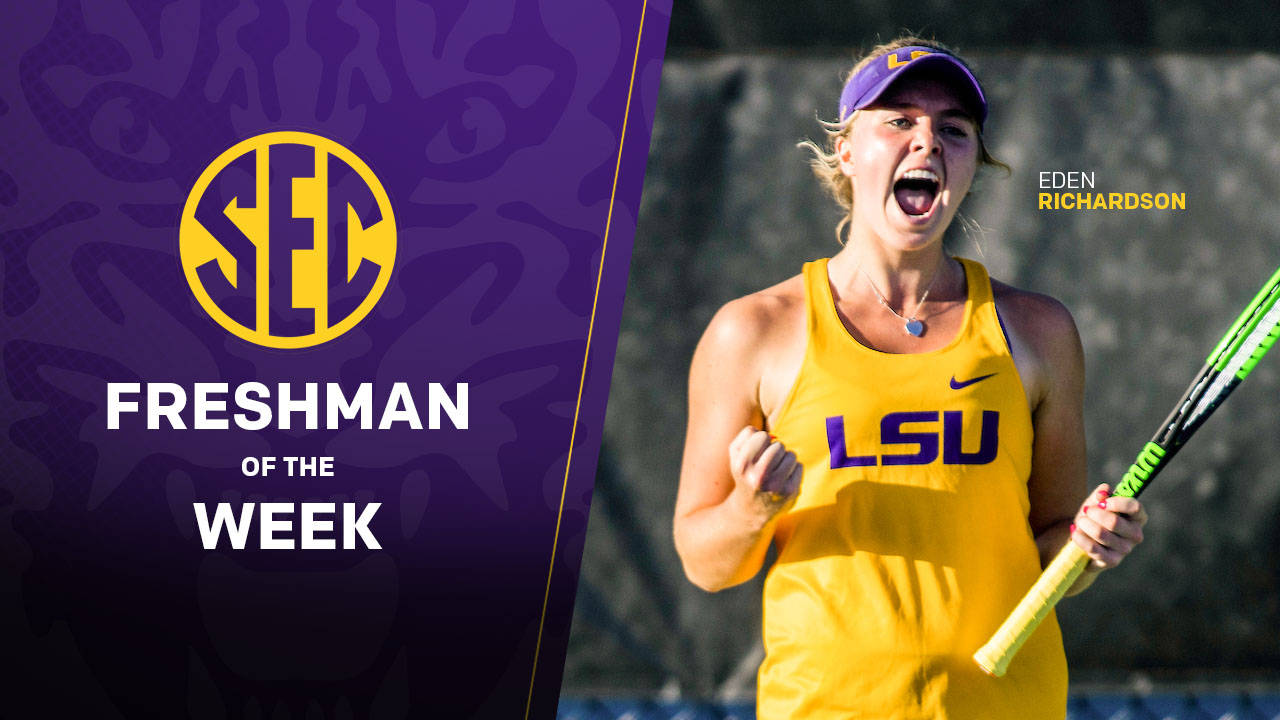 BATON ROUGE — LSU women’s tennis freshman Eden Richardson was recognized as the SEC Freshman of the Week for the conference-leading third time this season, the league office announced Monday.

“I’m obviously really excited about this, especially since I got the chance to play on court one this weekend,” Richardson said. “I really think I’ve improved a lot since I got here; Mike and Julia (Sell) really push us every day on knowing where you’re going wrong and how you can improve it, and I’ve learned to stay focused on every point.”

Richardson, ranked No. 116 in the country, continued her historic freshman season at LSU, improving to an unbelievable 16-1 this dual season and 26-4 overall in singles after a going 4-0 across singles and doubles this weekend.

Richardson increased her current singles win streak to 14-straight matches with a pair of straight-set conference wins on the road and hasn’t lost a singles match since January 27. Richardson picked up a crucial point in LSU’s win over Alabama with a 6-3, 6-1 win over Smith Hinton on court two and clinched the doubles point for LSU earlier on in the match with a 7-5 win on court one against Alabama’s top pairing of Andie Daniell and Ann Selim.

Against No. 20 Auburn, Richardson earned the second-highest ranked win of her career against No. 47 Jaeda Daniel in a battle between two of the SEC’s top freshmen. Richardson defeated Daniel, 6-4, 6-2 in her first-ever match on court one. In doubles, the No. 41-ranked pairing of Richardson and partner Jessica Golovin earned their team-leading 12th doubles win of the dual season with a 6-2 takedown of Auburn’s top duo of Alizee Michaud and Taylor Russo on court one.

Golovin and Richardson improved to 5-3 since moving to the top doubles court with three wins over ranked opponents and two wins over opponents in the top-15.