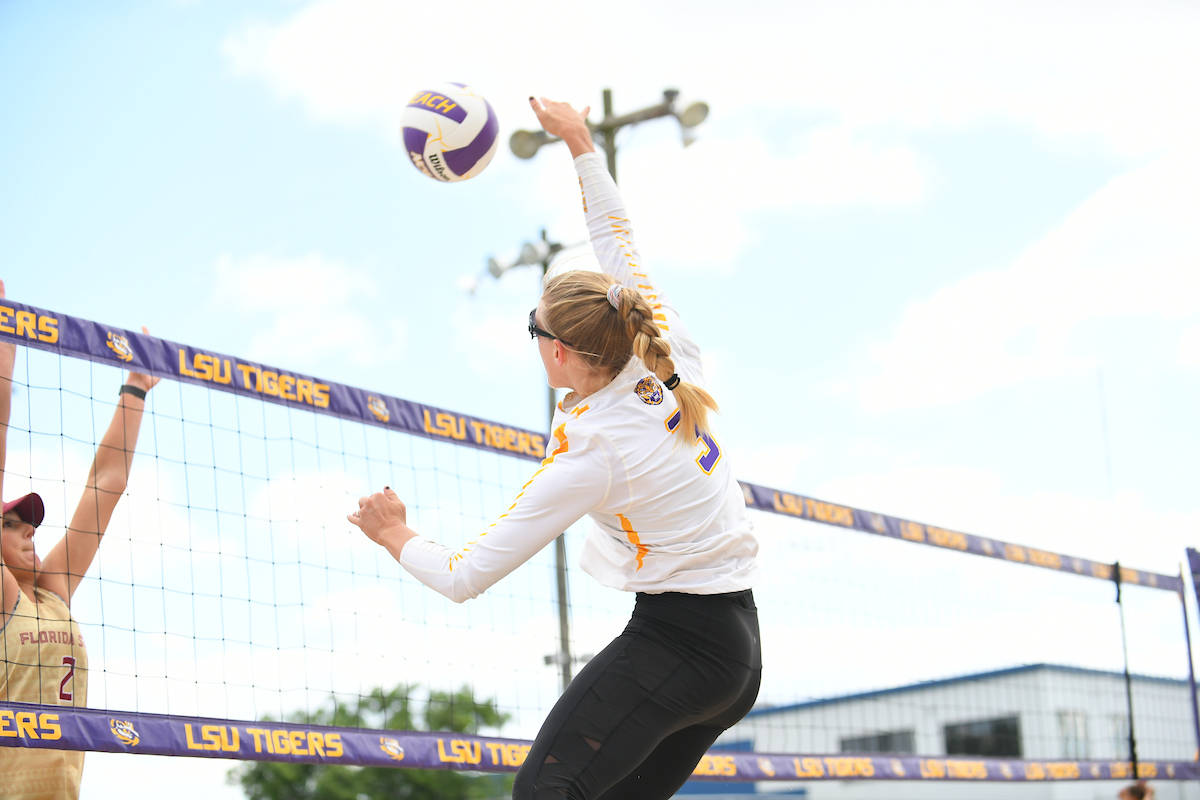 BATON ROUGE – The No. 8 LSU beach volleyball team was seeded No. 4 for the 2018 CCSA Tournament to be held at Lakepoint Sporting Community Center in Emerson, Georgia, April 20-22, announced on Sunday.

“We know what we need to do,” said coach Russell Brock. “Our goal is to put ourselves in a position to move out of pool-play and get into the semi-finals and finals. The better we do, the better our opportunity to get to nationals.”

The Tigers concluded their regular season on Sunday, going 22-10 on the season, 7-5 in CCSA play.

Florida State received the top seeding for the tournament after going 10-0 in conference play during the regular season. The Tigers fell to the Seminoles, ranked No. 7 in the most recent AVCA coaches poll, on Sunday by a score of 3-2.

“Any time you play somebody and you can play them again, there is a much better understanding of what it will take to beat them,” said Brock of playing Florida State again.

The Tigers and Seminoles are in the same pool, A, along with Georgia State, Florida Atlantic and UNC-Wilmington.

South Carolina, Florida International, Tulane, College of Charleston and UAB will be in Pool B.

Teams will play every other team in their pool and the top-two teams from each will advance to the semi-finals of the Tournament on Sunday, April 22. The finals will be held later in the day on Sunday.

“We are going to work hard this week and be ready to play when we get to Georgia,” said Brock.