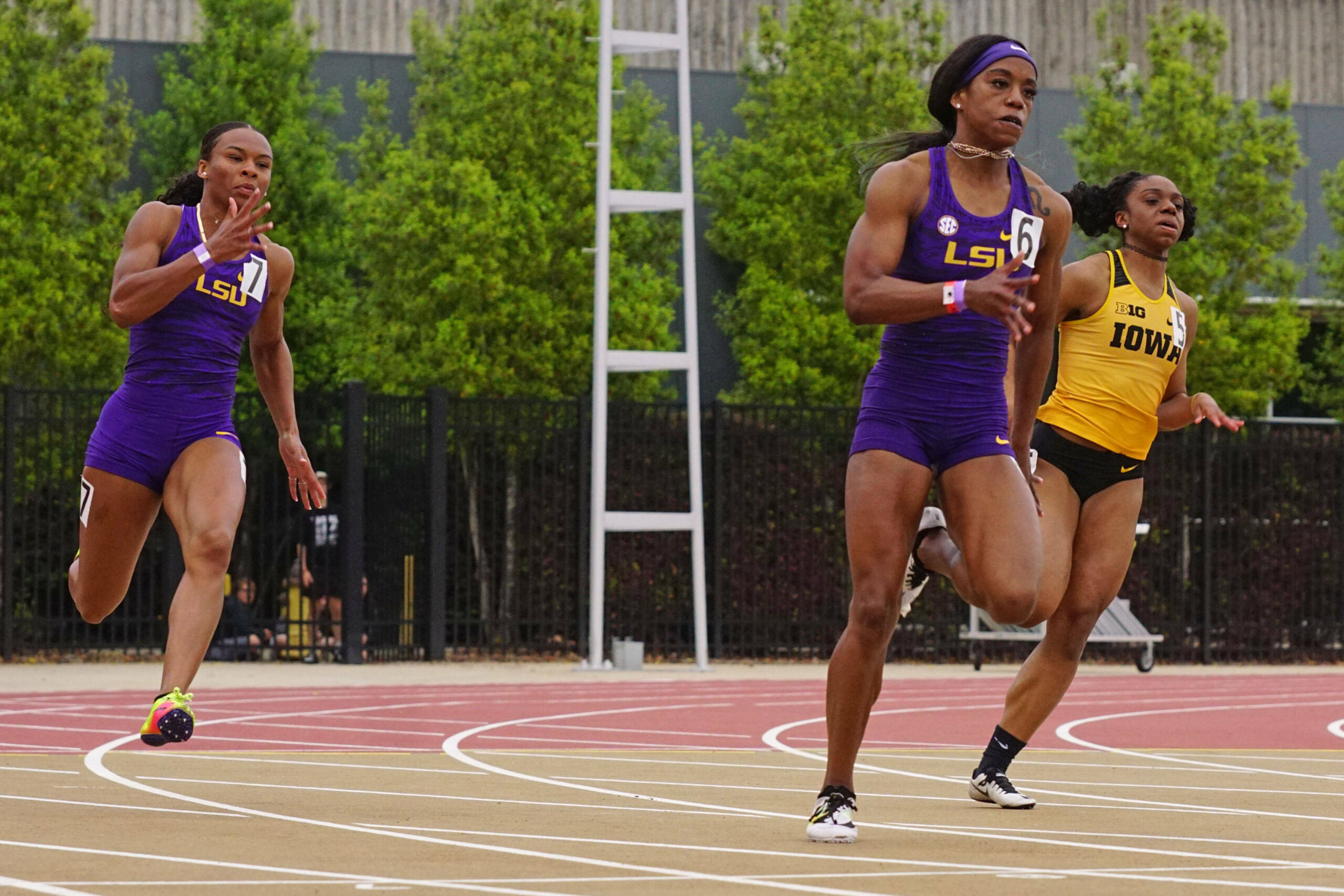 BATON ROUGE, La. – The LSU track and field program is headed to Coral Gables, Fla., for the 2018 edition of the Hurricane Collegiate Invitational. Competition will take place on Saturday (April 14) at Cobb Stadium on the campus of the University of Miami. The trip to Florida will serve as LSU’s final regular season road trip; the Tigers will be at home the next two weekends hosting the Alumni Gold (April 21) and LSU Invitational (April 28) before travelling to Knoxville, Tenn., for the SEC Championships in mid May.

Nine other teams will be in attendance at the meet including the host, Miami, and North Carolina. LSU is the highest ranked team on both sides of the meet. The women are ranked fifth in the latest U.S. Track & Field Cross Country Coaches Association (USTFCCCA) rankings that came out on Monday (April 9). The men’s team also enters the meet as the highest ranked squad with a No. 10 ranking in the USTFCCCA list.

Live results for the meet will be provided at deltatiming.com. The meet will be broadcasted on the ACC Network Extra stream starting at 10:30 a.m. CST. The meet begins bright and early with the high jump, javelin and hammer throw being contested by both the men and women at 8 a.m. CST. The track events will get started at 11:43 a.m. CST and will run all the way until 2:40 p.m. CST when the women’s and men’s 4×400 meter relays are contested. Fans are encouraged to follow all the action on Twitter @LSUtrackfield. | Full Schedule of Events

Individually, the trio of Hobbs (10.86), Johnson (10.97) and Brisco (10.99) have all gone sub-11 this season in the 100 meter dash; all three of the sprinters collected their marks at the Texas Relays and their times rank No. 1, No. 2 and No. 5 in the NCAA, respectively. LSU is the only school to have three athletes ranked inside the top five of a track event in the nation. In addition to her 100 meter dash ranking, Johnson also owns the third-fastest 200 meter dash readout in the nation with a 22.52 that she registered at the Battle on the Bayou. For her efforts at the Battle on the Bayou, Johnson was named the SEC Women’s Runner of the Week.

The Tigers have three freshman who rank top-five nationally in their respective events. A high hurdler from Sunrise, Fla., Damion Thomas owns the No. 1 110 meter hurdle time in American with a 13.43 that he clocked at the Texas Relays. Abby O’Donoghue has been impressive in her first year for the Purple and Gold with three victories in the high jump; her career-best clearance in the event (5 feet, 11.25 inches/1.81 meters) has her ranked fourth nationally. Fellow field athlete Jake Norris has been nothing but impressive in the hammer throw all season long. Just like O’Donoghue, Norris has three collegiate victories this season in the hammer and his season best of 238 feet, six inches (72.70 meters) is the fourth-best throw in the NCAA. Norris also set the British U20 record with a six kilogram implement on April 6 with a heave of 79.55 meters (261 feet).

In addition to the aforementioned national marks, Kymber Payne and Tonea Marshall have excelled in the hurdles. Payne clocked a 55.92 at the Texas Relays in the 400 meter hurdles to claim gold and rank first nationally, while Marshall’s 12.73 second clocking in the 100 meter hurdles has her ranked in the No. 3 spot in the NCAA.