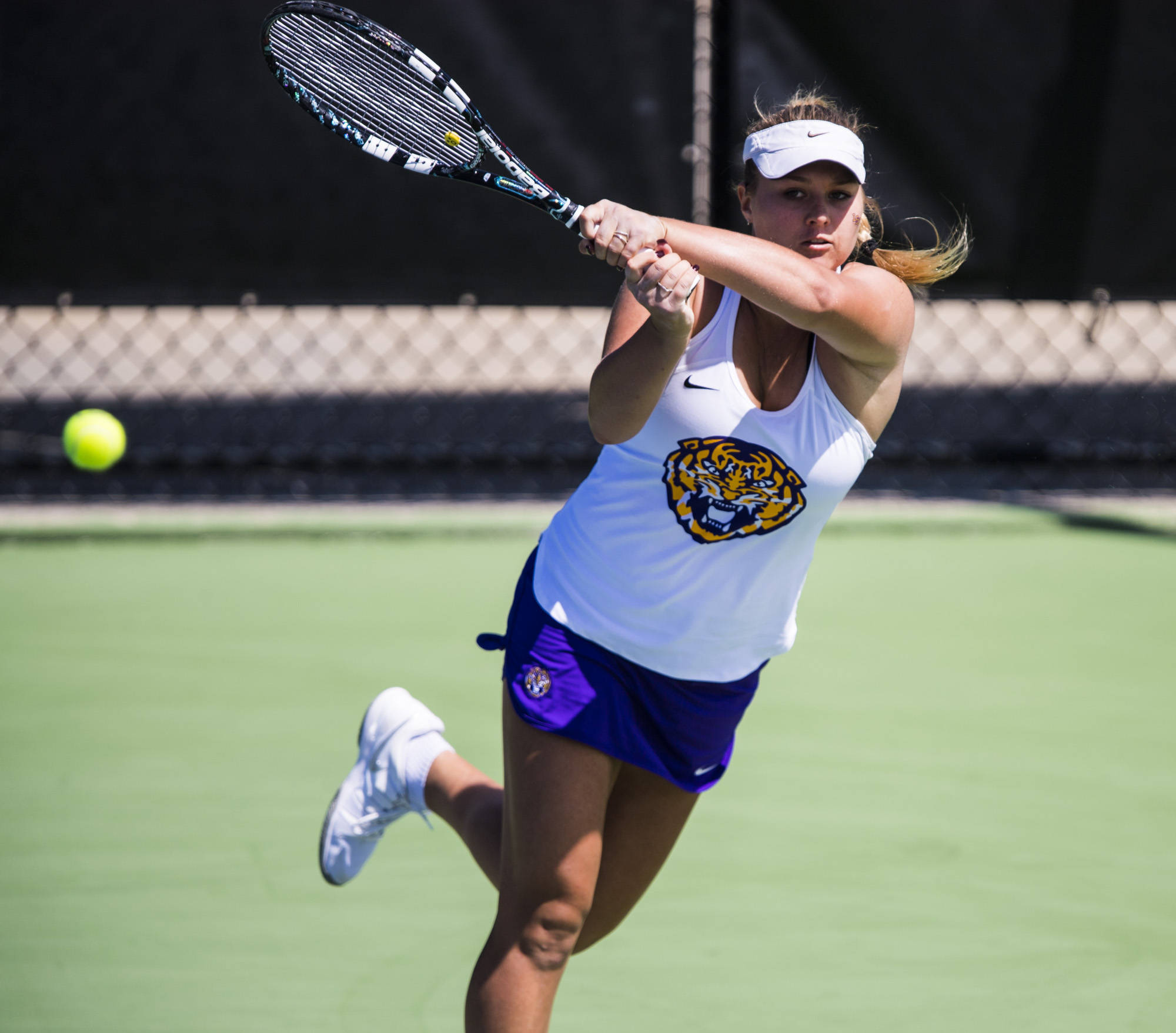 TUSCALOOSA, Ala. – The No. 39 LSU women’s tennis team will embark on its final road trip of the regular season to face the Alabama Crimson Tide Friday at 5 p.m. CT and the No. 20-ranked Auburn Tigers Sunday at noon CT.

LSU currently sits at 13-8 (4-7 SEC) and is still in search of its first true conference road win of the season after posting a stellar 12-2 record at home and a 1-1 record at neutral sites.

“We’ve talked a lot about being a better road team and we’ve got two more matches against two teams that are doing really well this year,” co-head coach Julia Sell said. “Once we finish our last two regular season matches, we go straight into SEC Tournament so we’ve got to make sure we’re playing our best tennis right now.”

Alabama (14-13; 1-10 SEC) boasts a 9-4 home record at the Alabama Tennis Center this season and recently picked up its first conference win against Missouri Sunday. LSU owns a 30-15 all-time record against the Crimson Tide, and the Tigers have taken each of the past two matches by a score of 4-3.

Junior Andie Daniell, ranked No. 104 in the country, leads Alabama in dual season singles victories playing on court one, where she has compiled a 15-7 record with three ranked wins. Head coach Jenny Mainz has spent the last 20 seasons with the Crimson Tide.

Auburn (18-9; 6-5 SEC) has compiled an 11-2 home record at the Yarbrough Tennis Center in Auburn, Alabama. The Tigers have won their past two conference matches against Arkansas and Missouri after dropping their previous four in a row. LSU has a 28-13 advantage in the all-time series against Auburn, including the highest-ranked win in program history at home last season when Auburn was ranked No. 5 in the country.

Auburn has a pair of ranked players in No. 47 Jaeda Daniel and No. 109 Alizee Michaud. Michaud, a senior, has played across courts one, two and three this season while Daniel, a freshman, has played primarily at court two, compiling a 13-1 record. Auburn is coached by Lauren Spencer in her seventh season with the program.