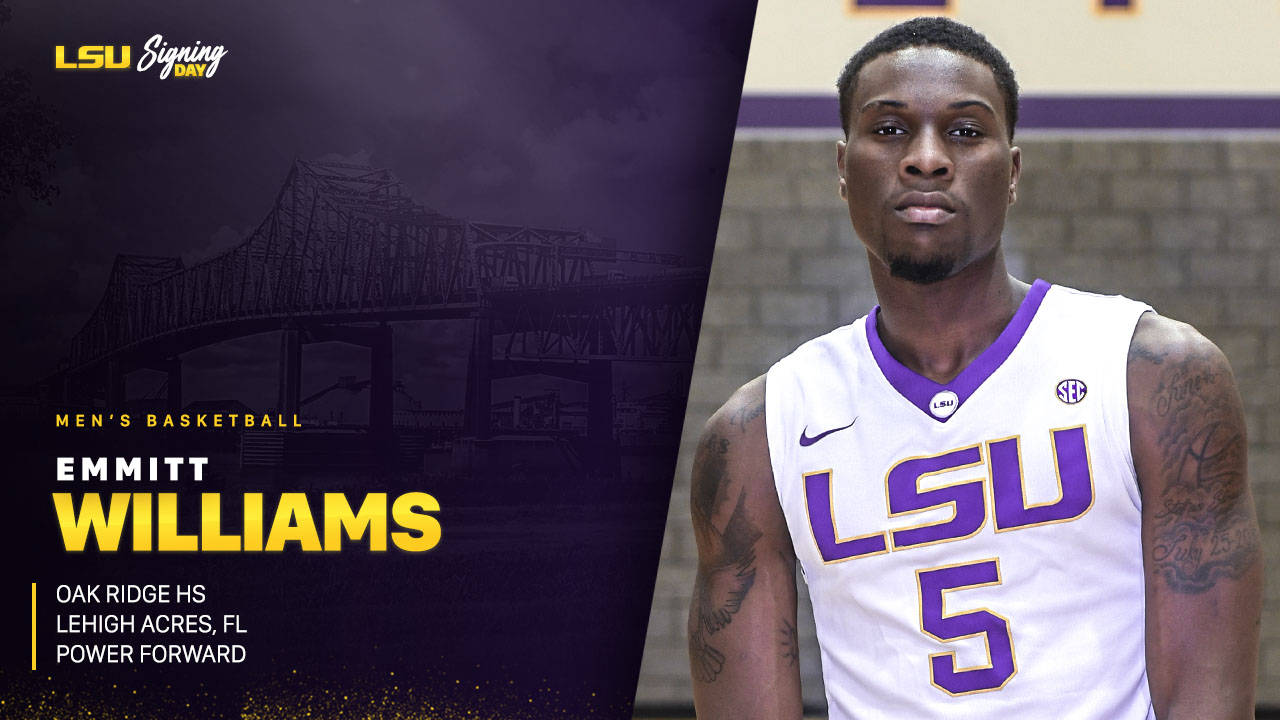 The signing was announced by LSU Men’s Basketball Head Coach Will Wade after the signed national letter-of-intent papers were received and approved by the LSU Compliance Office.

Williams, a 6-7 power forward from Oak Ridge High School, is ranked No. 21 in the ESPN rankings of 2018 recruits and No. 6 at the power forward position.

Williams is coming off an amazing game this past Sunday in the 17th-annual Jordan Brand Classic when he scored a game-record 44 points to lead his team to a 146-136 win at the Barclays Center in Brooklyn. He broke the old mark of 34 points in the game set by LeBron James.

Williams made 22-of-23 field goals in 23 minutes and was named the MVP for the winning squad.

“We are very happy to have Emmitt Williams join the LSU basketball program,” said coach Wade. “With a nearly 7-foot wingspan, he is a force not only as an efficient scorer, but as someone who can dominate on the offensive and defensive boards. Williams is a high energy person who loves to get to work every day to improve his game. He will be a great addition to what we believe is a strong signing class that will blend in well with our returning players.”

Williams was the Class 9A Player of the Year in the state of Florida, helping Oak Ridge to the state title by averaging 17.6 points, 12.4 rebounds and 1.7 blocks per game. He was a finalist for the 2018 Florida Mr. Basketball Award.

Reid played in the McDonald’s All-Star game and had 15 points and 11 rebounds, while Smart also played Sunday in the Jordan Brand Classic, scoring 15 points with three assists and three steals.
—

Existing season ticket holders can renew their tickets by logging in to their online account at www.LSUtix.net. The season ticket renewal deadline is June 30.

Fans wishing to become season ticket holders for the 2018-19 season can register on the free season ticket request list at www.LSUtix.net. Season ticket locations will be assigned at a later date using LSU Philanthropic Priority Point rankings as of April 30.