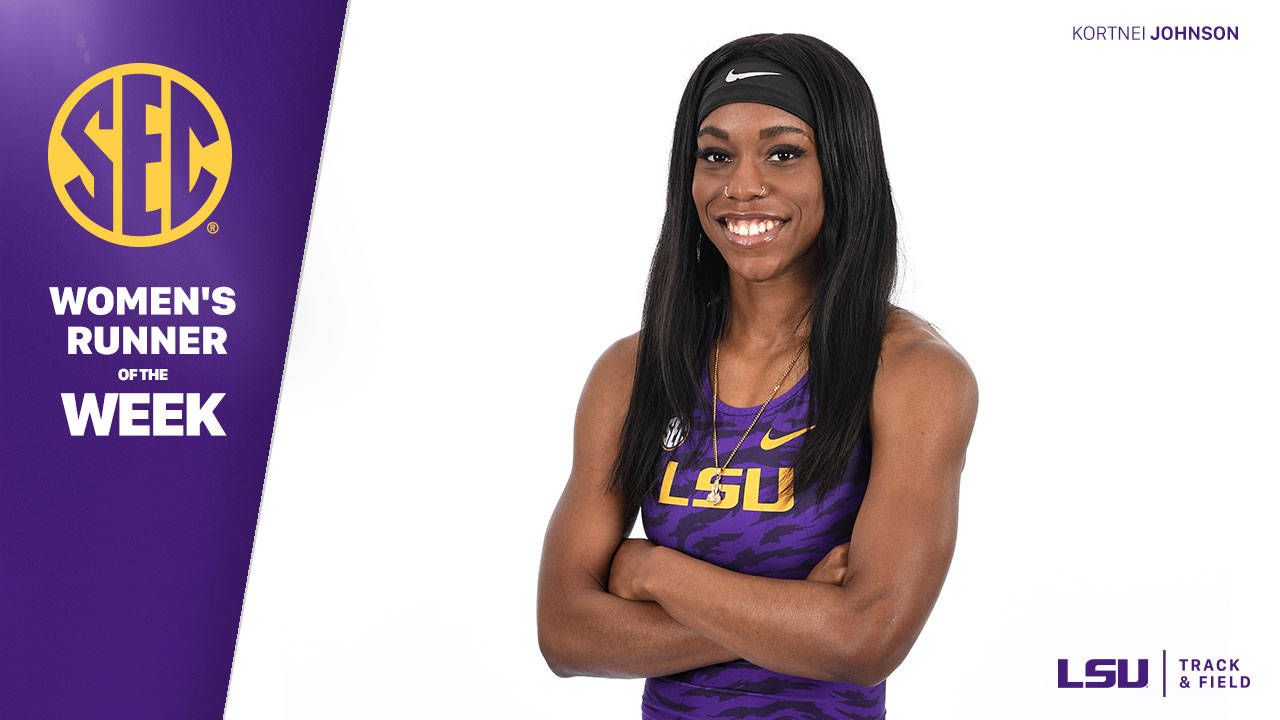 BATON ROUGE, La. – Junior sprinter Kortnei Johnson has been tabbed as the SEC Women’s Runner of the Week, the conference office announced on Tuesday afternoon.

Johnson put together a pair of stellar performances at LSU’s first home outdoor meet of the 2018 season on Saturday. Johnson began the Battle on the Bayou meet with an appearance on the 4×100 meter relay. Running as the second leg of the relay, Johnson teamed up with Mikiah Brisco, Rachel Misher and Aleia Hobbs to clock the fastest time in the world for 2018 with a blazing 42.50. With the 42.50 clocking on Saturday, LSU now owns five of the top-10 fastest 4×100 meter relay times in NCAA history.

Returning to the track less than two hours later, Johnson laced up her spikes for the 200 meter dash and she came away victorious. The Italy, Texas, native registered a wind-aided time of 22.52 (+3.6) to claim gold in a field of 20 athletes. Her time of 22.52 ranks as the third-fastest in the NCAA, second fastest in the SEC and it is the fifth-fastest all-conditions time on the globe for 2018.

The LSU track and field team is headed to Coral Gables, Fla., this Saturday (April 14) for the Hurricane Collegiate Invitational.