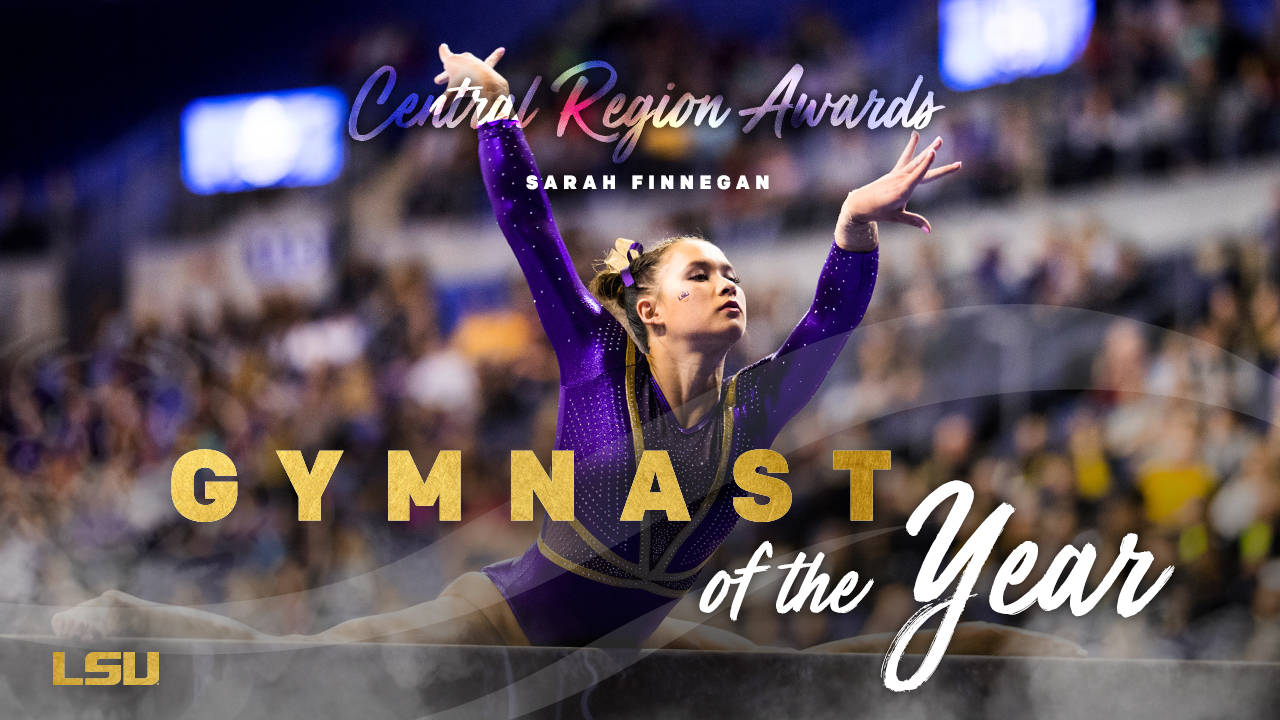 Finnegan was named the Central Region Gymnast of the Year. The junior earned the top honor in the Southeastern Conference as the gymnast of the year. Finnegan earned First-Team Regular Season All-America honors on bars, beam, floor and all-around. The Lee’s Summit, Missouri, native finished as the No. 1 performer on bars in 2018.

Clark and Moore were named Central Region Co-Assistant Coaches of the Year after leading the squad to top-five rankings on bars and vault. Clark led the bars lineup to one of the best season performances in all of NCAA Gymnasts and the best in school history.

Overall, LSU’s bars lineup of Sami Durante, Myia Hambrick, Ruby Harrold, Kennedi Edney, Lexie Priessman and Finnegan set the school record on the event twice with scores of 49.725 and 49.750. Clark’s lineup set seven of the 10 best scores in school history and ultimately finished as the top team in the country for the first time.

Moore’s vault lineup was one of the most consistent in the nation as the fifth-best squad in the nation. Overall, Moore has led LSU to a score of 49.000 or higher on the event in 89 straight meets. Hamrbrick and Edney finished season ranked 13th and 15th under Moore.

Ewing has helped lead the way for head coach D-D Breaux to have the hottest ticket in town. In 2018, LSU set the average attendance record and finished second in the nation and first in the Southeastern Conference for the first time in school history. The program set the single-meet attendance record and sold out the Maravich Center in back-to-back meets for the first time ever.

The Tigers punched their tickets to the program’s 29th NCAA Championships appearance. LSU won the NCAA Raleigh Regional with a team score of 197.675. The squad will compete in NCAA Semifinal I at noon CT on Friday, April 20, in St. Louis, Missouri. The meet will be televised on ESPN2, and the top three teams from the session will advance to the NCAA Super Six.