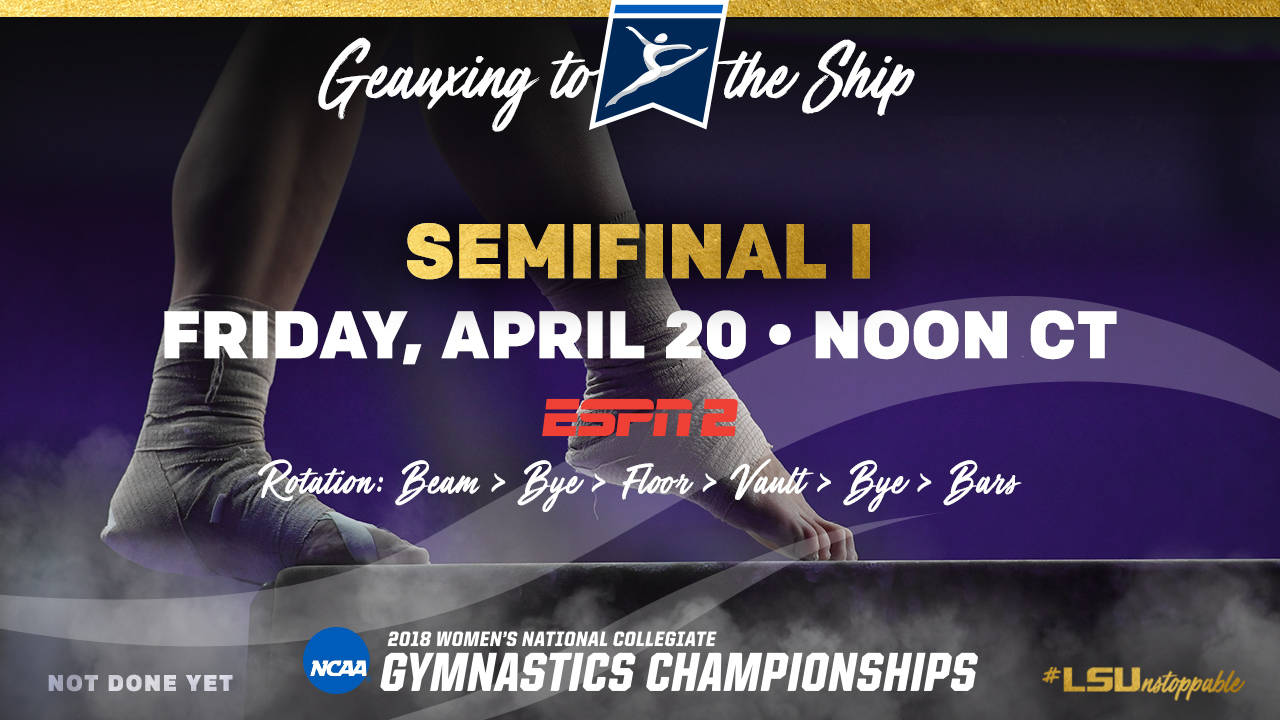 BATON ROUGE – Rotations for semifinal I and II of the 2018 NCAA Championships held on Friday, April 20 in St. Louis, Missouri, have been announced.

No. 2 LSU (27-1) will compete in the first semifinal at noon CT in Chaifetz Arena. The meet will be televised live on ESPN2 with Bart Conner, Kathy Johnson Clarke, and Laura Rutledge on the call.

The top three teams from each NCAA Semifinal will advance to the last ever Super Six at 6 p.m. CT on Saturday, April 21. LSU will be competing for its seventh Super Six appearance and third in a row. The Tigers, under the direction of head coach D-D Breaux have finished as the NCAA National Runners-Up the past two seasons.

Fans may purchase general admission tickets through the LSU Ticket Office. Tickets are $71. All fans can order by calling the office at (225)578-2184 during our regular business hours.