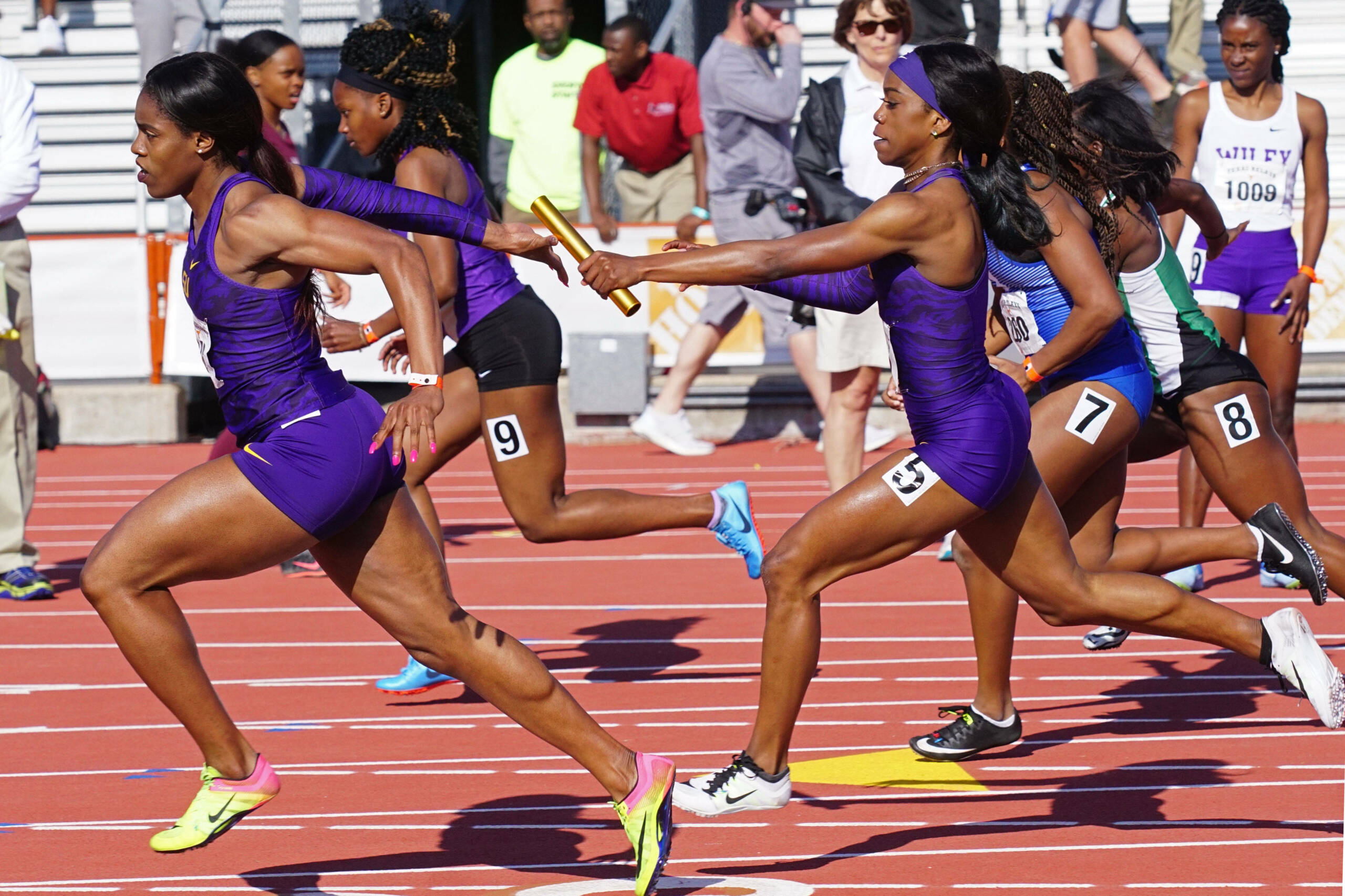 BATON ROUGE, La. – The LSU track and field foursome of Mikiah Brisco, Kortnei Johnson, Rachel Misher and Aleia Hobbs blazed around the track on Saturday at the Battle of the Bayou with a time of 42.50 to set the standard for the fastest time in the world in 2018.

Johnson and Misher weren’t finished with their impressive days after the 4×100 meter relay. The duo sprinted to a one-three finish in the 200 meter dash with wind-aided times of 22.52 and 22.93, respectively. The 22.52 for Johnson ranks as the second fastest in the nation, and Misher’s 22.93 comes in at No. 7 nationally. The 22.52 for Johnson is currently the fourth-fastest all-conditions time on the globe for 2018.

The LSU duo of Jahnoy Thompson and Akanni Hislop sprinted their way to a one-two showing the in 200 meter dash with windy times. Thompson crossed the line in 20.45 seconds to claim the title on his way to edging Hislop (20.53) by eight hundredths of a second.

Freshman Damion Thomas stayed undefeated in the 110 meter hurdles with a personal best of 13.65 to claim gold. Thomas has raced three times this season in the 110 meter hurdles and his record remains unblemished. Earlier in the meet, Thomas served as the lead leg of LSU’s 4×100 meter relay that took the top spot in the competition with a readout of 39.87; he was joined by Renard Howell, Correion Mosby and Hislop.

The Tigers had three athletes win field events on Saturday. Sophomore Rayvon Grey leaped out to a mark of 25 feet, half an inch (7.63 meters) to prevail as the top long jumper. In the women’s high jump, freshman Abby O’Donoghue continued her impressive season with her third win in the high jump. The Denham Springs, La., native cleared 5 feet, 10.50 inches (1.79 meters) for her title. Less than 15 hours after setting the under 20 British record with a six kilogram implement in the hammer toss, Jake Norris returned to the throwing circle with a 7.6 pound implement and threw the ball and chain 229 feet, 9 inches (70.04 meters) to win his third title of the season.

Ersula Farrow and Hollie Parker registered top-10 marks in program history in the 1,500 meter run. Farrow took the top spot with the ninth-fastest readout in LSU history with a 4:23.10, and Parker followed with a time of 4:24.19 to rank 10th. Both Farrow’s and Parker’s marks were personal bests. In the 800 meter run, Cameron Cooper circled around the track twice in 1:50.98 for his triumph.

The Tigers will head to Coral Gables, Fla., to compete in the Hurricane Collegiate Invitational next Saturday (April 14).