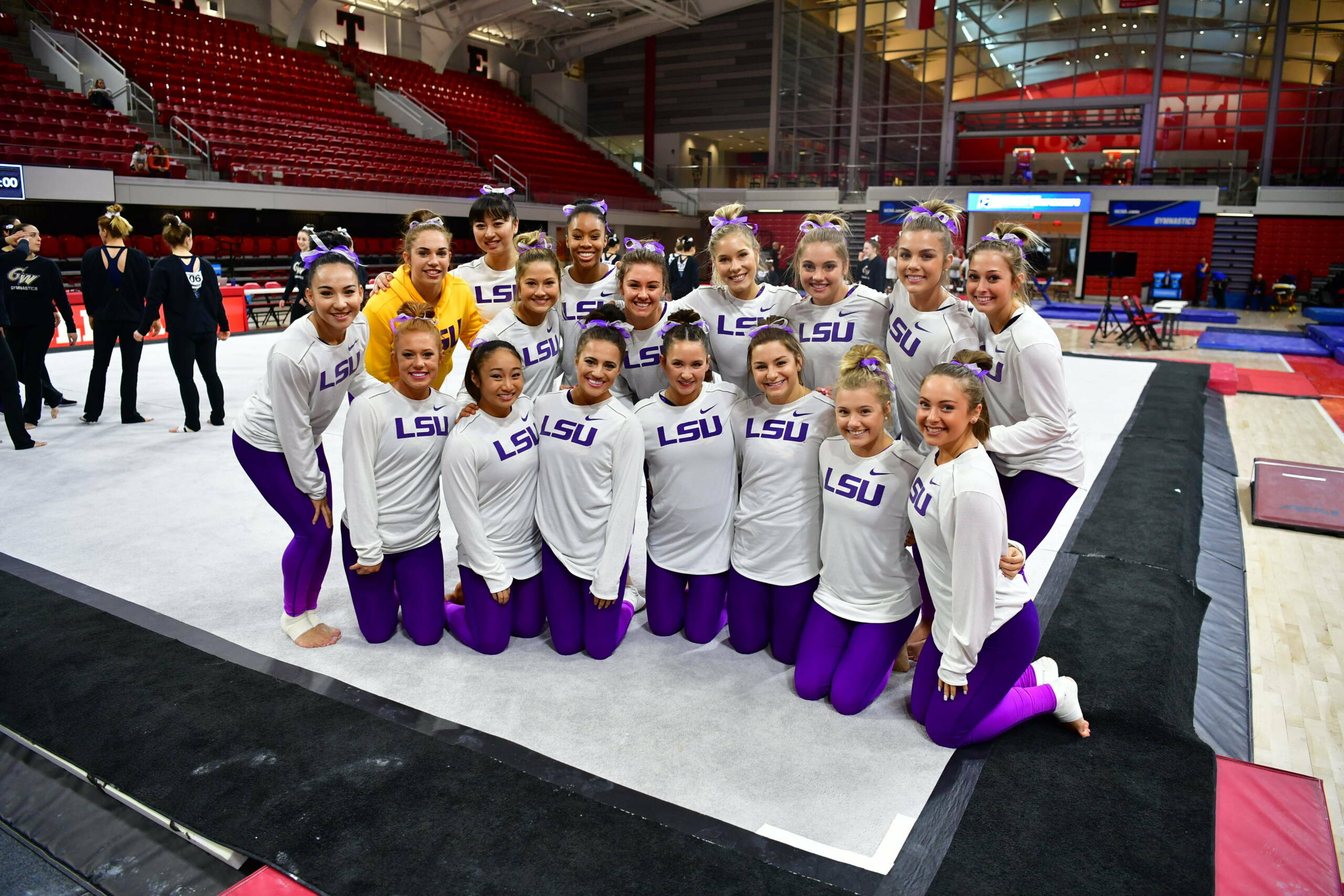 RALEIGH, N.C. – The LSU gymnastics team, the No. 2 overall seed and defending Southeastern Conference regular season and meet champions, will return to competition and the familiar confines of Reynolds Coliseum at 3 p.m. CT Saturday with sights set on qualifying for the program’s 29th NCAA Championships.

The Tigers will face off against No. 11 Nebraska, No. 14 Oregon State, No. 19 George Washington, NC State, and Maryland. The top two teams from the regional will advance to the NCAA Championships in St. Louis, Missouri, April 20-21.

The meet will be streamed on ACC Network-Plus through WatchESPN.com and the app. As the top seed of the regional, predetermined by draw, the squad will rotate: floor, vault, bye, bars, beam, and end on bye.

LSU’s History at the NCAA Regional
Since the first year the NCAA sanctioned gymnastics in 1982, LSU has advanced to the NCAA Regional 36 out of 37 years. This season marks the 34th-straight year LSU will compete in a regional. The following is how many times the Tigers have finished in the previous 35 regional appearances: First Place -11 times; Second Place – 14 times; Third Place- nine times; Seventh Place – one time.

Last Time Out – LSU Repeats as SEC Champions
Two weeks ago, the Tigers defended their SEC meet title in St. Louis. Led by junior Sarah Finnegan, the squad was the most consistent team on the floor and posted a 197.400. Finnegan was LSU’s lone winner with the all-around championship.

Hambrick Named AAI Award Finalist
All-around performer Hambrick was named one of 10 finalists for the prestigious AAI Award, which is given to the most outstanding gymnast in the country. Hambrick is regarded as one of the most underrated performers in the country and has been at the forefront of LSU’s back-to-back SEC championships and NCAA National Runner-Up finishes.

A 17-time All-American, Hambrick collected five regular season honors in 2018. She finished as one of three gymnasts in the country to earn All-America honors on all four events and the all-around. Hambrick owns career highs of 9.95 on vault and beam, 9.975 on bars, 10.0 on floor, and 39.725 in the all-around. She is one of eight gymnasts in school history to earn a 9.95 or higher on all four events.