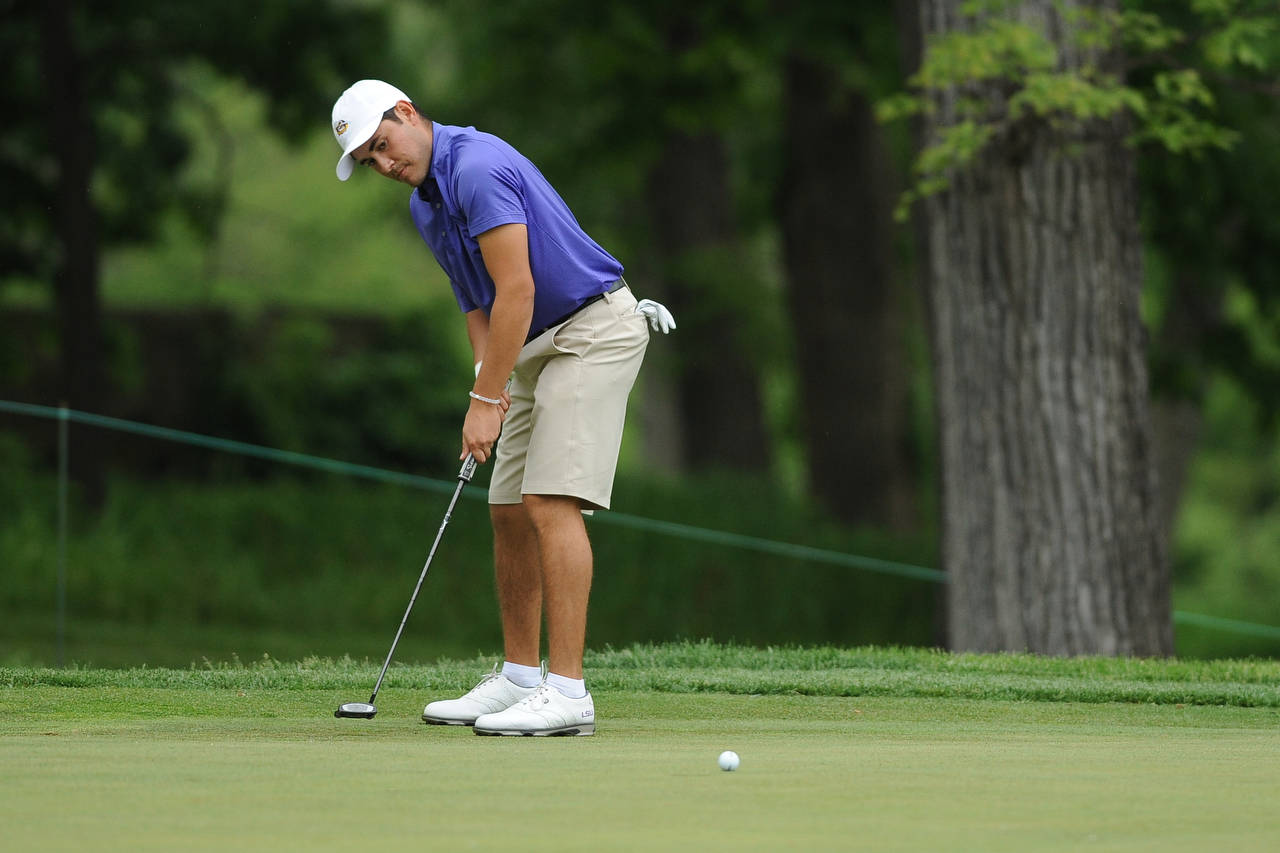 BATON ROUGE – The No. 10-ranked LSU men’s golf team is set to compete at the 2018 Aggie Invitational at the Traditions Club this Saturday and Sunday.

The Tigers will look to defend their 2017 title at this year’s Aggie Invitational. The 2017 Aggie Invitational was cut short due to weather and LSU was crowned the team champion with a 36-hole score of 11-under par 565.

2017’s win at the event continued LSU’s success as of late at the Aggie Invitational. Dating back to 2014, LSU has placed no lower than fourth in the team standings at the loaded Aggie Invitational; they were the co-team champions at the 2014 event. The Tigers earned a fourth-place finish in 2015 and a runner-up showing in 2016.

LSU is competing in another stacked field being the sixth highest ranked team in the tournament.

Other top-25 teams in the field this week include No. 1 Oklahoma State, No. 2 Texas A&M, No. 7 Texas Tech, No. 8 Alabama, No. 9 Baylor, No. 21 Arkansas, and No. 25 Kent State. Other teams in the field include Denver, Houston, Michigan, New Mexico State, and North Texas.

The Tigers starting lineup for the tournament will include, juniors Luis Gagne and Nathan Jeansonne, sophomore Philip Barbaree and freshmen Jacob Bergeron and Trey Winstead.

Junior All-American Gagne showed the strongest outing on the team at the Valspar Collegiate on March 20th finishing at even par. Gagne played a phenomenal three rounds of golf at the 2016 Aggie Invitational earning a tie for fourth place with a one-under par 215. This will be the third time Gagne has teed it up at the Traditions Club.

Winstead and Bergeron also had solid showings for the Tigers finishing 2-over and 4-over respectively. Junior Nathan Jeansonne and freshman Philip Barbaree will look to bounce back and find the success they were seeing early in the season.

Live scoring for the 54-hole event on the par-72 course will be available at LSUsports.net through golfstatresults.com. Updates during the day can be found on Twitter @LSUmensgolf and a complete update after the round on Twitter, Instagram and www.Facebook.com/LSUmensgolf.