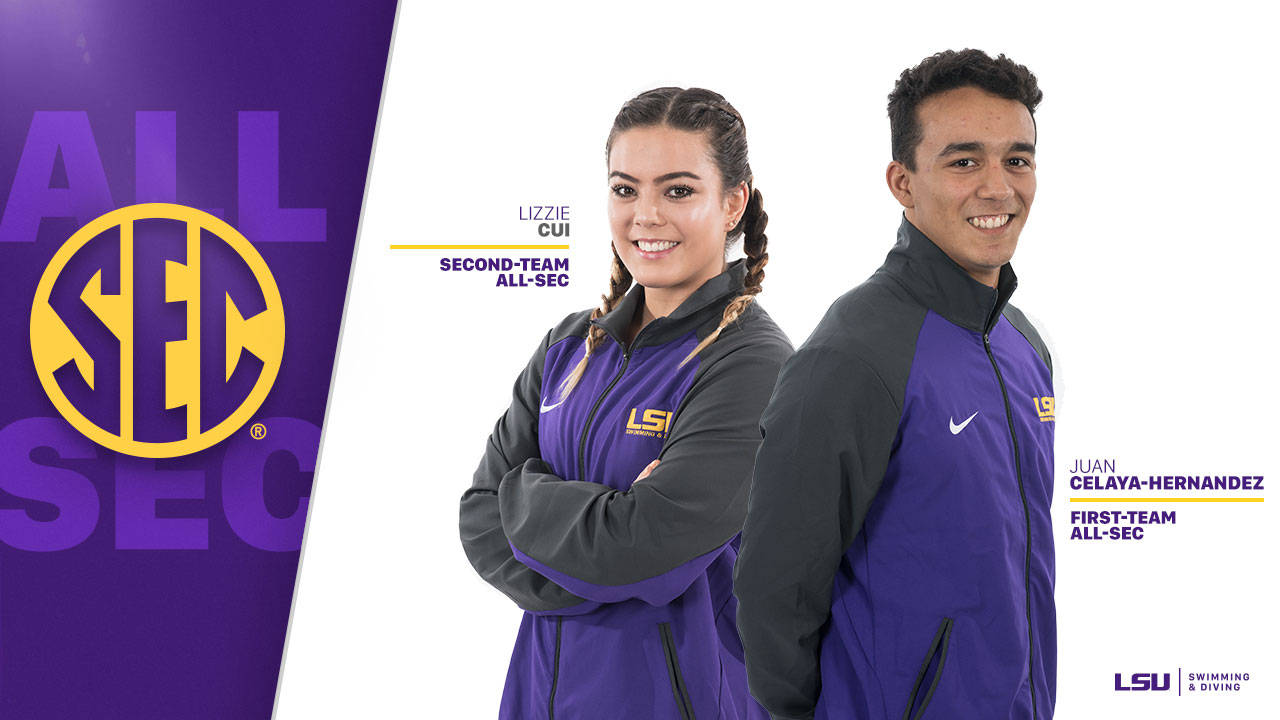 “I’m very proud of Juan and Lizzie being named to the All-SEC team,” said LSU diving coach Doug Shaffer. “They deserve this and it shows how much time and effort they’ve put into this season.”

Cui sealed her spot on the second team with a second-place finish on one-meter springboard at the SEC Championships. She also made the finals in all three events, and went on to finish fourth on three-meter and seventh on platform.

Cui ended her junior season with a strong showing at the NCAA Championships last month, finishing 12th overall on one-meter and 14th on three-meter to earn NCAA Honorable Mention All-American honors in both events.

Celaya-Hernandez earned first-team All-SEC honors after winning SEC Championships on both one-meter and platform. To top the SEC Championships, the Mexico native set a new school and SEC Meet record on one-meter with a score of 479.10.

At the NCAA Championships last month, the sophomore earned first-team All-America Honors on both springboards courtesy of a fourth-place finish on three meter and a seventh place finish on one-meter. He also earned Honorable Mention All-American honors after finishing 15th on platform.

With his performance at NCAAs, Celaya-Hernandez was one of five divers to earn All-American honors on all three events, and was the seventh highest scoring diver of the meet.