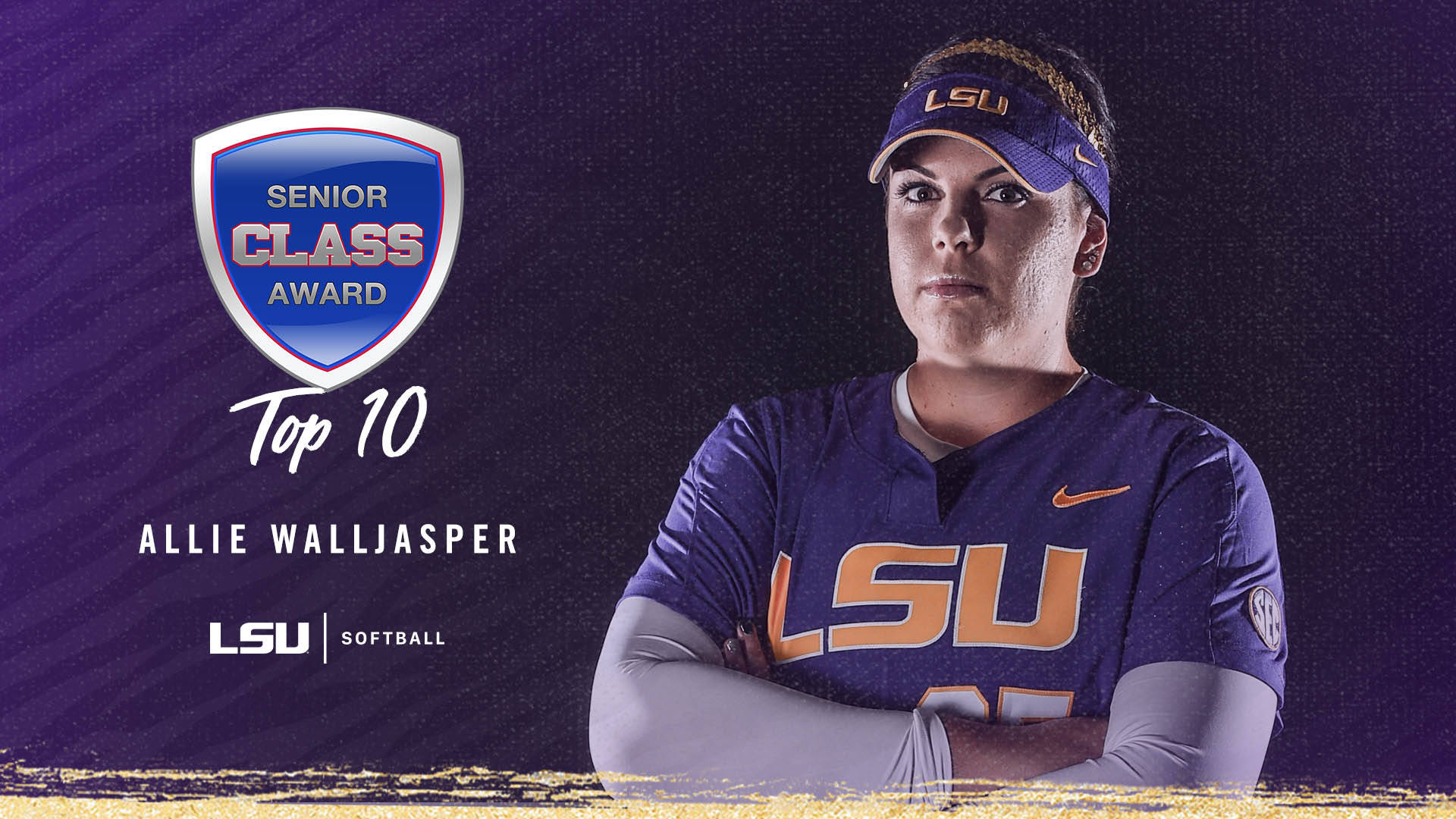 BATON ROUGE – LSU senior Allie Walljasper was named a Top 10 candidate for the 2018 Senior CLASS Award® in collegiate softball. The Senior CLASS (Celebrating Loyalty and Achievement for Staying in School) Award focuses on the total student-athlete and encourages students to use their platform in athletics to make a positive impact as leaders in their communities.

Walljasper is one of the top pitchers in the country. She owns a 10-3 record this season with a 0.89 earned run average, which ranks 16th among the nation. In 94.1 innings of work this season, she has struck out 85 batters and holds her opponents to a .168 batting average.

To be eligible for the award, a student-athlete must be classified as an NCAA Division I senior and have notable achievements in four areas of excellence: community, classroom, character and competition. The finalists were chosen by national media from the list of 30 candidates announced earlier this month. Nationwide fan voting begins immediately to help select the winner, and fans are encouraged to submit votes online at the Senior CLASS Award website through May 14. Fan votes will be combined with those of the media and Division I head coaches to determine the winners. The Senior CLASS Award recipient for softball will be announced during the 2018 NCAA Women’s College World Series® in Oklahoma City, May 31 through June 6.