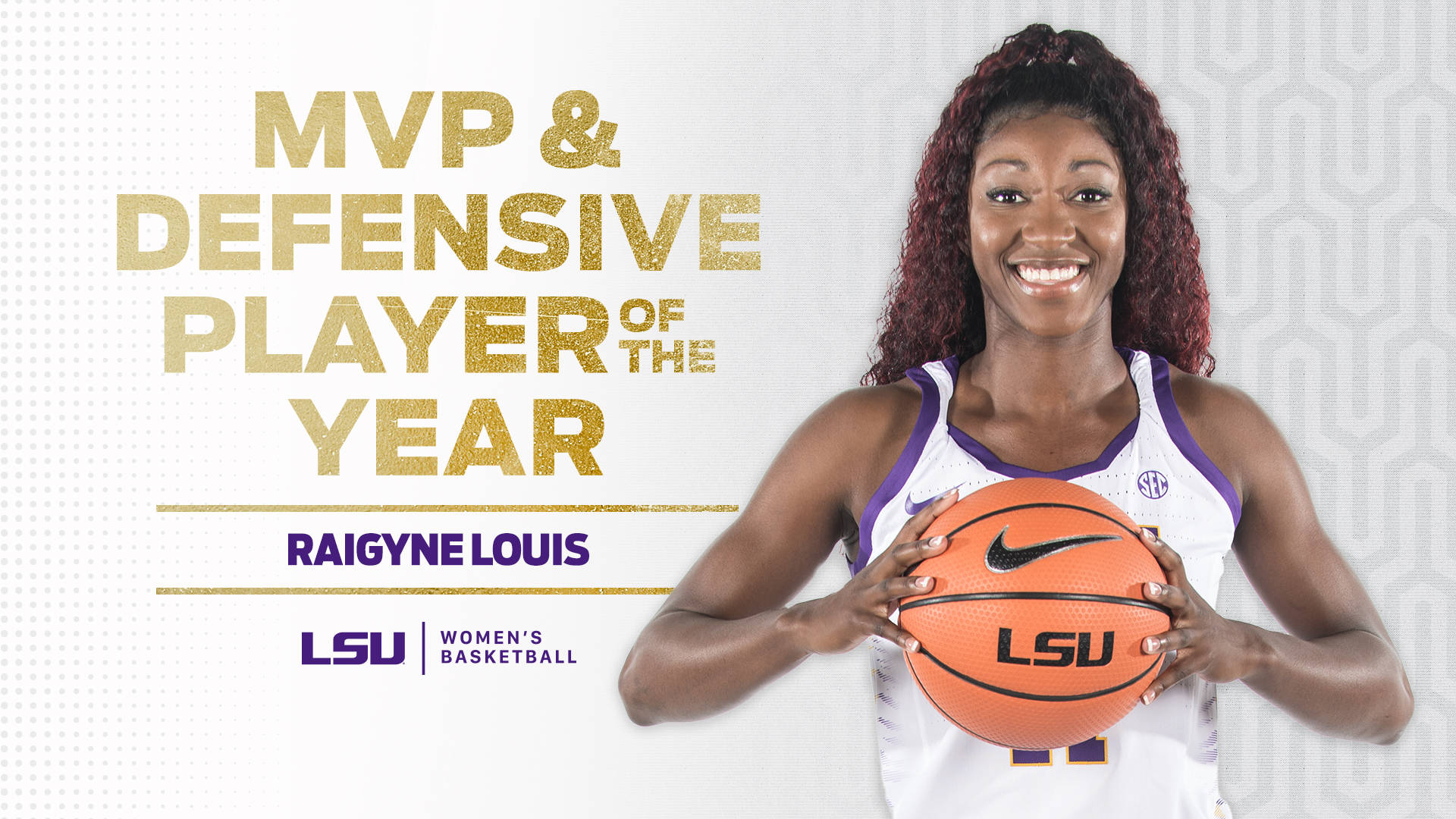 Senior Raigyne Louis was named the team’s Most Valuable Player and Defensive Player of the Year for the second year in a row. The Fort Lauderdale, Florida, native scored 466 points, grabbed 169 rebounds and 67 steals while dishing out a team-leading 112 assists during the 2017-18 season. Louis scored double figures in 26 games, recorded five or more rebounds in 20 games and multiple steals in 16 games. During the season, Louis became the only Lady Tiger to register 1,600 points, 700 rebounds, 300 assists and 250 steals in a career. An All-SEC First Team honoree and two-time member of the SEC All-Defensive team, Louis finishes her LSU career ninth on the all-time scoring list with 1,681 points, 14th on the rebounding list with 726 boards, 13th on the assists list at 355 and third on the steals list with 298. Louis also received the L Club Team Captain Award and the Academic Award.

Junior Chloe Jackson was selected as the team’s Offensive Player of the Year for the second consecutive season. Jackson was the team’s leading scorer with 526 points and contributed to the offense with 67 assists. The native of Upper Marlboro, Maryland, was the top free-throw shooter on the team with 90 makes and a 77.6 shooting percentage. She also made the most three-point baskets for the Lady Tigers with 26. Jackson posted 15 games in 2017-18 with 20 or more points, including a 31-point performance against Alabama in the regular season finale. Jackson was an All-SEC Second Team honoree.

Redshirt sophomore Ayana Mitchell earned recognition as the Most Improved Player of the Year in 2017-18. Mitchell led the team with 8.2 rebounds per game and 237 total boards, and was third on the team in points scored (320) and steals (52). The Conyers, Georgia, native was the top shooter this season with a 55.6 field goal percentage.

Ricky Hartford was recognized for his 30-plus years of service on the staff of the Maravich Center with the Sue Gunter Award. Members of Teams of Tomorrow (TOTS) and Julian Bond received the Eye of the Tiger Award. Bond is the inspiration for Raigyne Louis’ senior electrical engineering project to develop a basketball shooting machine for children with cerebral palsy.