Women's Tennis to Face No. 10 Ole Miss at Home 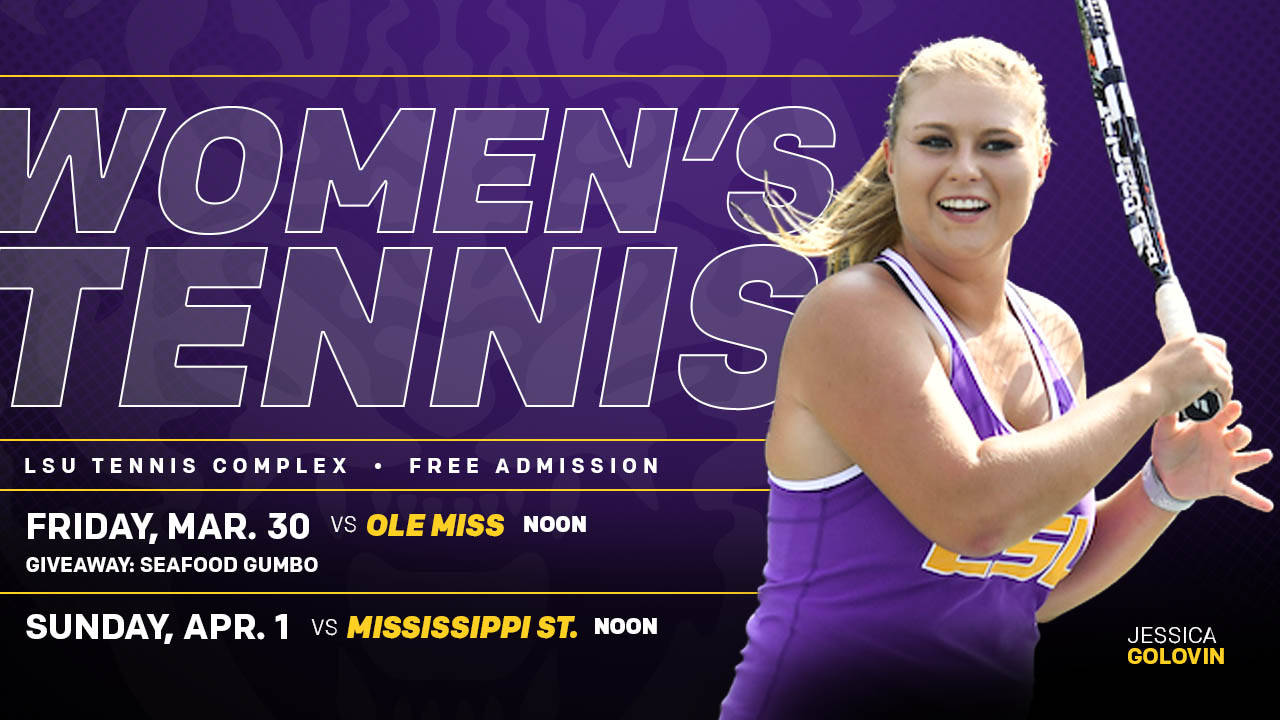 BATON ROUGE – The No. 47 LSU women’s tennis team will begin its final home weekend of the season by hosting the 10th-ranked Ole Miss Rebels Friday at the LSU Tennis Complex at noon CT.

Ole Miss (13-4; 4-4 SEC) has a 6-1 record on the road and is coming into Friday’s match with two straight wins over Arkansas and Missouri last week.

Freshman Eden Richardson, currently in the middle of an 11-match win streak, leads the team with 23 total singles victories and is tied with No. 80 Jessica Golovin for the team lead with 13 dual singles wins. In doubles, Golovin and Richardson have put together a 10-4 record with a pair of top-15 ranked doubles wins this season.

Senior Ryann Foster and junior Kennan Johnson have 17 total singles wins apiece as Foster has compiled an impressive 9-2 dual record so far this season playing at the top spot for the Tigers.

Ole Miss currently rosters three ranked players, led by senior Arianne Hartono, ranked No. 17 in the country, on court one. The Rebels’ court one pairing of Hartono and Alexa Bortles is ranked No. 7 in the country and is slated to face the No. 27 pairing of Jessica Golovin and Eden Richardson. Head coach Mark Beyers has been at the helm of the Rebels’ women’s tennis team since 2002.