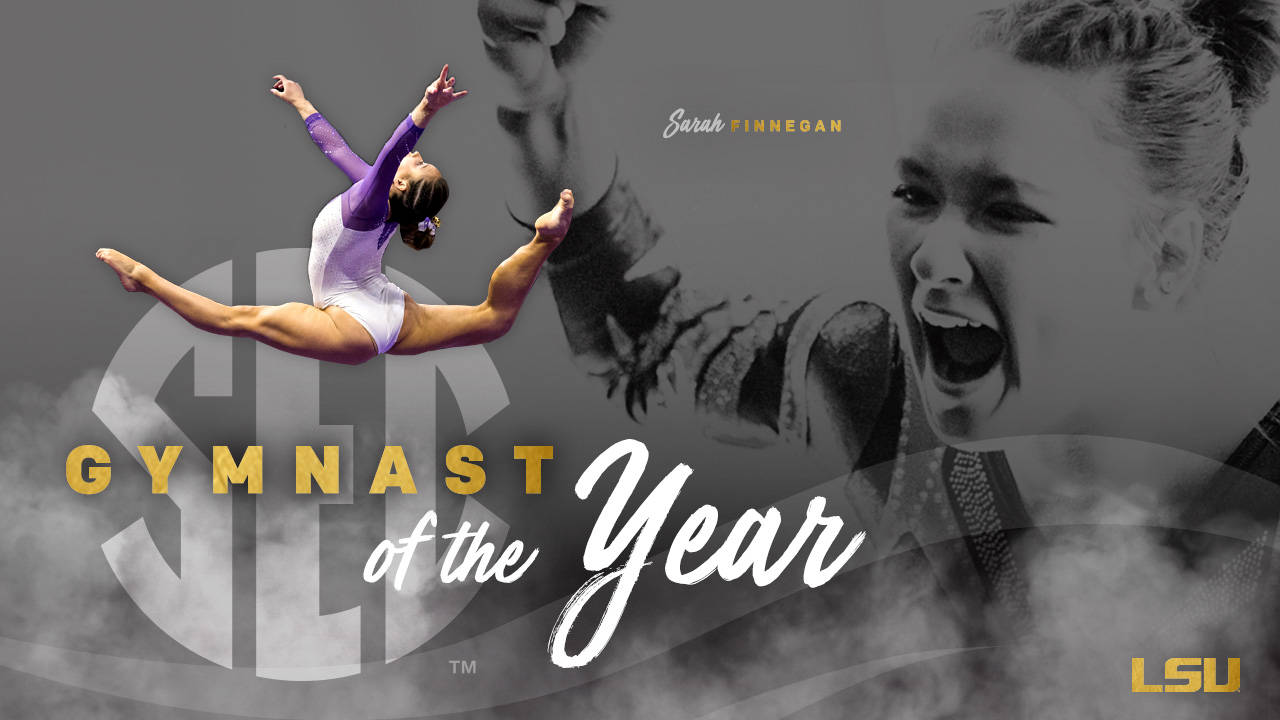 BATON ROUGE – LSU junior Sarah Finnegan has been named the 2018 Southeastern Conference Gymnast of the Year, the league announced Thursday.

The Lee’s Summit, Missouri native won the sixth SEC all-around title in school history after posting a 39.500 at the league meet. She clinched the 2018 SEC Championship for LSU in the fifth spot of the floor lineup to give the Tigers back-to-back titles.

Finnegan is the first gymnast ever at LSU to finish No. 1 in RQS on bars. She also finished as the No. 4 performer on beam and in the all-around, and No. 7 performer on floor.

In the SEC, Finnegan ranks No. 1 on bars, beam, and all-around; No. 2 on floor and No. 9 on vault. This season she scored a perfect 10.0 on bars, beam and floor. Finnegan joined April Burkholder as the only gymnasts in school history to earn a 10.0 on three different events in the same season.

Finnegan, an All-American on all four events in the regular season in 2018, was the anchor of LSU’s bars lineup that set two school records as well as the second-highest score on the event in the nation since 1998. LSU’s bars lineup finished the season ranked No. 1 for the first time in school history. She also anchored the Tigers’ beam lineup that posted a 49.725 to tie the school record.

A five-time recipient of the SEC Gymnast of the Week award, Finnegan has won 16 career beam and bars titles for second and fourth, respectively in school history.

Finnegan along with Christina Desiderio, Kennedi Edney, Sarah Edwards, Myia Hambrick and Lexie Priessman were also named All-SEC performers. Sami Durante, Desiderio and Edwards earned SEC All-Freshman team honors. The six All-SEC team members are the most for any team in the league as well as the most by an LSU team at a meet in school history.

The second-ranked Tigers will take the weekend off for the first time this season before traveling to Raleigh, North Carolina for the NC State Regional at 3 p.m. CT on Saturday, April 7. The Tigers own the top seed, and the top two teams will advance to the NCAA Championships. The squad will take on Nebraska, Oregon State, George Washington, NC State and Maryland.