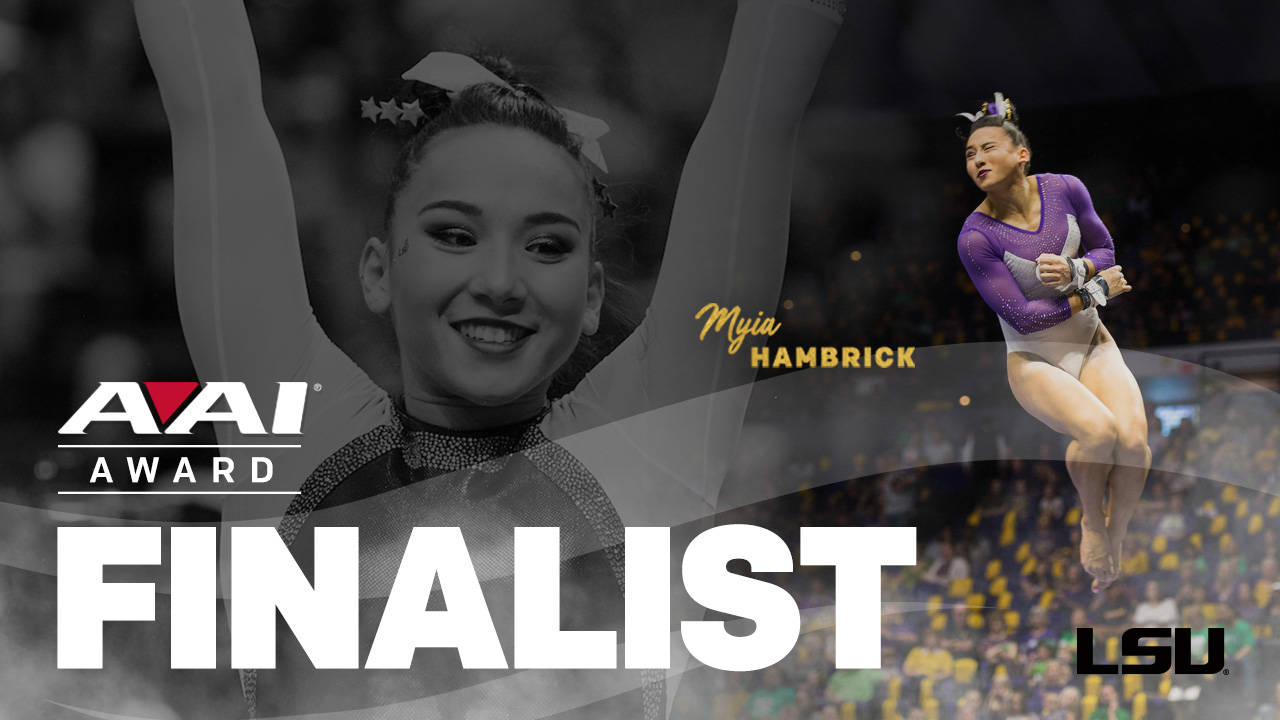 BATON ROUGE – LSU gymnast Myia Hambrick has been named one of 10 finalists for the 2018 AAI Award, which is given to the most outstanding senior gymnast in the country, it was announced.

Hambrick is regarded as one of the most underrated all-around performers in the country and has been at the forefront of LSU’s back-to-back Southeastern Conference championships and NCAA National Runner-Up finishes.

A now 17-time All-American, Hambrick is tied with Ashleigh Gnat, the 2017 AAI Award winner, for the second-most All-America honors in school history. Hambrick has earned nine for the regular season and eight at the NCAA Championships. She is one of three gymnasts in the country to earn All-America honors on all four events and the all-around this season.

In 2018, Hambrick has served as the anchor of LSU’s floor lineup, owned the fifth spot of the vault lineup, and been a steady second performer on bars and beam. Her eight floor titles this season rank for the fourth most in a single season in school history. For her career, Hambrick has won 49 individual titles for ninth on LSU’s all-time list.

She is a three-time SEC Academic Honor Roll member and NACGC/W Scholastic All-American. Earlier this month, Hambrick was named to the SEC Community Service Team for her volunteer work in Baton Rouge.

The second-ranked LSU gymnastics team will travel to Raleigh, North Carolina for the NC State Regional at 3 p.m. CT on Saturday, April 7. The two top teams out of the regional will advance to the NCAA Semifinal on Friday, April 20 in St. Louis, Missouri.