Gymnastics Goes for Back To Back SEC Titles 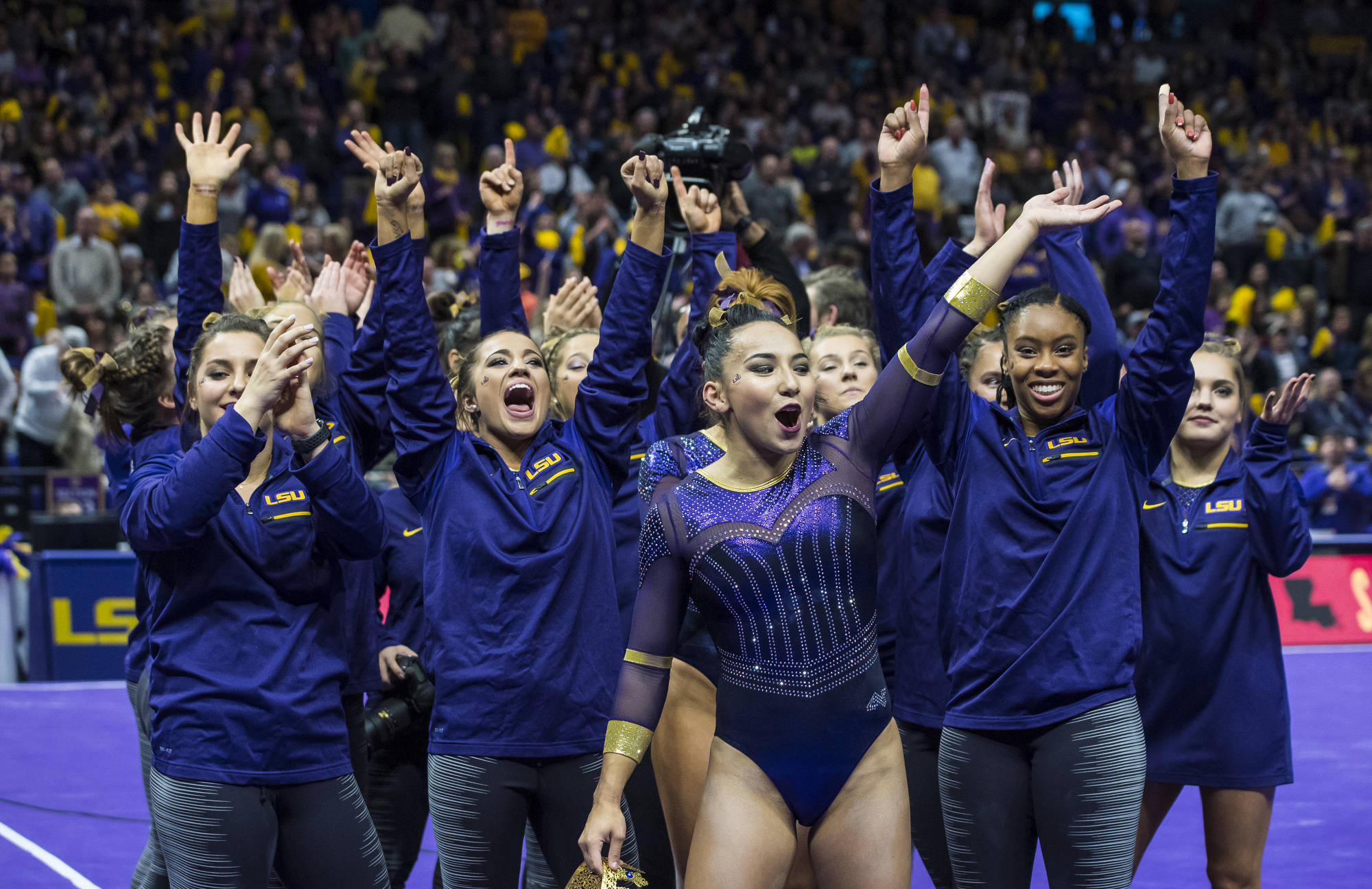 As the top seed in the meet, the Tigers will begin on vault and follow with bars, beam and floor. Saturday evening will mark the third time LSU has competed on podium this season. The squad traveled to St. Louis for the GymQuarters meet as well as Fort Worth, Texas for the Metroplex Challenge where they also began on vault.

The meet will be televised live on ESPN2 with Bart Conner, Kathy Johnson Clarke and Laura Rutledge on the call. It will also be streamed live on WatchESPN.com and the app with event specific links so that fans can enjoy all of the action.

The Tigers are the only team in the nation to have a 197 score or higher in every meet in 2018. The current streak is the best in school history. The 2017 team broke the original record of 15 in February last season.

Bars Lineup is One of Best in School History
LSU’s bars lineup of Sami Durante, Hambrick, Ruby Harrold, Kennedi Edney, Priessman and Sarah Finnegan has arguably been the best in school history. All six gymnasts own a season high score of 9.925 or higher with Finnegan leading the way with a perfect 10.0

The lineup posted the best score in school history of 49.725 against Texas Woman’s and then went on to break the record again against Arizona with a 49.750. LSU’s score of 49.750 is the second-highest on bars in all of NCAA gymnastics since 1998. Seven of LSU’s bars scores this season rank in the top 10 in school history.

Three All-Around Performers are Among Best in League and Nation
All-around performers Finnegan, Hambrick and Edney rank amongst the top-10 in the nation and top four in the SEC this season. Each member of the trio has scored a 39.700 or higher in the all-around twice this season for the first time in school history. LSU is the only school in the nation to have three gymnasts with an all-around score of 39.700 or higher.

Finnegan Joins Elite Company with Ten in Three Different Events
Finnegan, a five-time SEC Gymnast of the Week in 2018, joined LSU legend April Burkholder as the only gymnast in school history to score a perfect 10.0 on three different events in the same season.

Finnegan earned her first perfect scores on bars and beam against Arizona. She became the third LSU gymnast to earn it on bars and first since 2001. The Missouri native earned the fifth 10.0 on beam at LSU and became the fourth gymnast to do it on the event. Finnegan joined Oklahoma’s Maggie Nichols as the only gymnasts in the country to score a perfect score on three different events in 2018