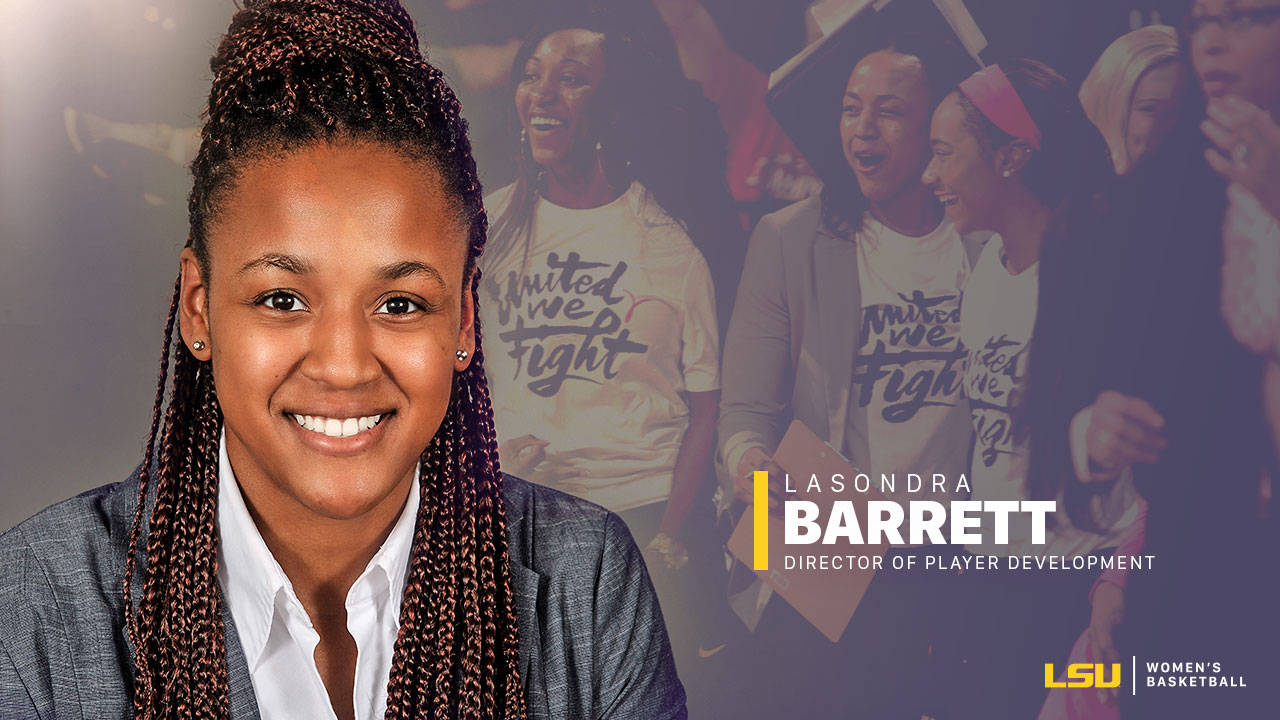 BATON ROUGE – LaSondra Barrett, one of the most versatile players in LSU women’s basketball history, has returned to the school and her Lady Tiger team in the newly created position of Director of Player Development, LSU Lady Tiger Head Coach Nikki Fargas announced on Tuesday.

Barrett returns to LSU after a year at Florida International University (FIU) where she served as assistant women’s basketball coach.

“We are extremely excited to have LaSondra return to our staff,” said Coach Fargas. “Her passion and work ethic will add to the success of our program. It’s great to have one of our former players back on staff.”

In her new position, Barrett will be the liaison between the team and the Cox Academic Center for Student-Athletes and assisting with such things as student services, media relations, community service and alumni relations.

The four-year letterwinner was also a three-time SEC Academic Honor Roll recipient who graduated from LSU in December 2011 with a degree in sports administration with an emphasis on business commerce.

After graduation she was the No. 10 pick of the first round of the 2012 WNBA Draft, chosen by the Washington Mystics.

Barrett would play professionally in Israel and Australia and would eventually return to LSU to serve for two seasons as a graduate assistant, picking up in 2016 her Masters of Sport Management.

She was selected as LSU’s 2016 SEC Women’s Legend and honored at that year’s conference women’s basketball tournament.